To get to Sarajevo from Belgrade, I took a 6.5 hour, 25€ mini-bus shuttle which arrived in Sarajevo at 3pm. The mini-bus was great as it stopped at several points to let us take in the beautiful mountain views along the drive. After being greeted by an incredibly sweet older woman at the hostel, I was quickly impressed with my choice of accommodation. The hostel is called the Residence Rooms, and it must be among the best places to stay in Sarajevo as it is one of the best hostels I have ever stayed at. It is a beautiful older house in an excellent location, well furnished and updated to fit a number of dorm rooms, with comfortable mattresses and pillows, strong bunk beds, a comfortable common area, and all for only 15€ night, including breakfast! 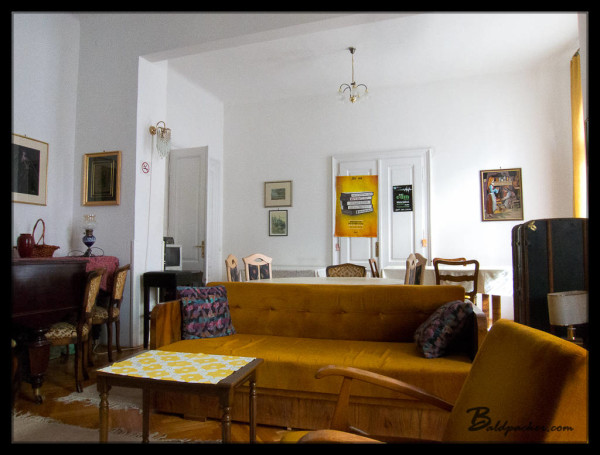 Upon arrival, and after a much needed shower, I met my roommates and set out to explore Sarajevo and have a late lunch. We headed to the Baščaršija area which has a strong Turkish / Middle Eastern influence. The beautiful streets are lined with kebab shops, shisha cafes and mosques as well as the many stores you’d typically find in a bazaar. I loved the fact that mixed amongst the traditionally Islamic buildings and shops were bars and Western restaurants, showing the wonderful unity of religion and culture that makes Sarajevo so special.

After a few local Sarajevska beers, and a delicious ćevapčići, we set out to find the Sarajevska brewery. The brewery is located across the river from the Baščaršija area and has a very large bar/restaurant that is open until 1 a.m., the perfect place for evening drinks. The interior décor was impressive and the atmosphere was familiar, reminding me of Bavarian beer halls. Initially, we were subjected to more English music from the 1980s, seemingly the favourite music of the former Yugoslav area, followed by a piano player keying popular American classics. I thoroughly enjoyed the Sarajevska dark beer and would highly recommend it along with the HS Premium unfiltered variety. After wandering the crowded streets of Baščaršija for a couple more hours we found ourselves on Zelenih ber street, very close to the Residence Rooms hostel. This street seemed to be the happening spot in town as nice cars and motorbikes cruise the streets and beautiful people made their way from bar to bar. I would consider Zelenih ber as the equivalent to Belgrade’s Silicone Valley area. I quickly realized that Bosnians like to drink and party just as much as the Serbians, despite the larger Muslim population within the country, and even though it happened to be Ramadan while we were there. 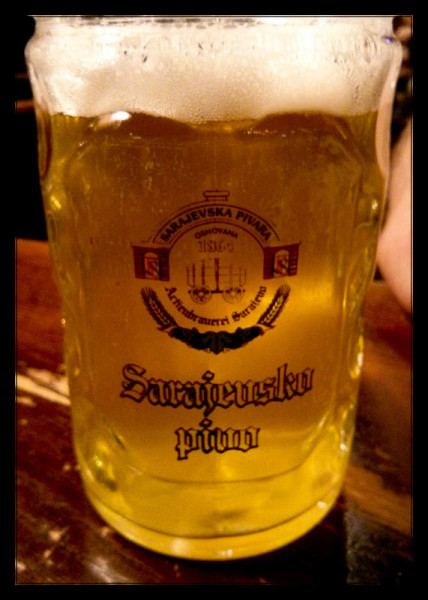 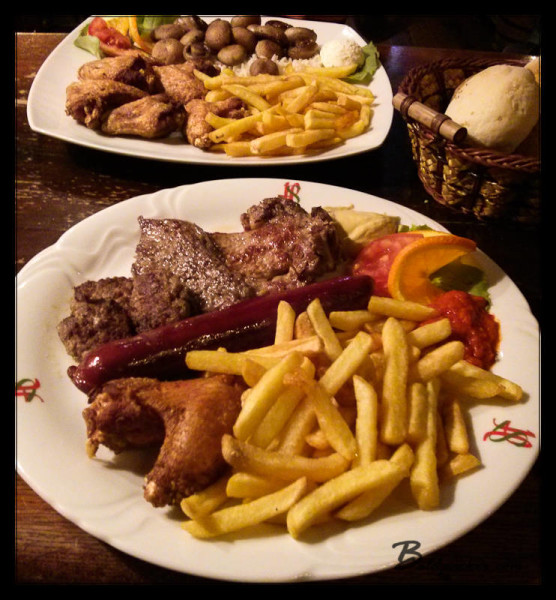 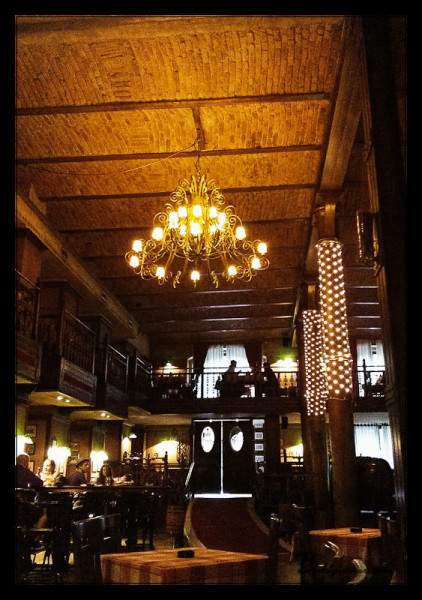 Following an incredible sleep in the comfortable Residence Room Hostel beds, I woke up for what may be the best tour I have ever taken. The tour is run by the owner of the hostel, a 70 year old man who would be a solid contender for the most interesting man in the universe. He was born in a Nazi camp in 1943, well educated, and seemingly successful when the former Yugoslavia was still together. He also appeared to be well connected and involved in international politics during the war, which he simply referred to as “the siege”. His stories often involved him meeting with ambassadors and politicians, and negotiating humanitarian deals during the conflict. What impressed me most about this man was the fact that at 70 years of age, he was still mentally sharp as a knife and as spry as a man in his 40s. The tour involved him driving us around Sarajevo while pointing out historic sites, explaining the history of the siege, and telling his personal stories and perspectives on it all. He drove like a 20 year old, peeling out from stop lights and shifting gears like a Shumacher, all while providing detailed explanations in clear English and responding to questions with specific dates, names, and inside knowledge that I doubt can be found in many text books. Beyond the guide being extraordinary, the story of Sarajevois equally impressive and certainly worth the 25€ price of the tour. Even if I wasn’t staying in the Residence Rooms hostel, I would try to seek how this tour! 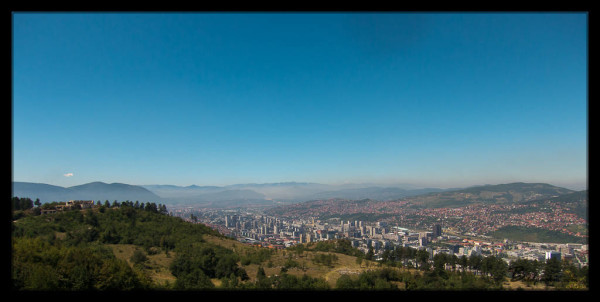 The history of the siege and of the former Yugoslovia is something I will never completely comprehend, but seeing the damage to buildings and driving around the front lines has certainly enhanced my understanding. Sarajevo is in a valley surrounded by mountains and was essentially surrounded by Serbian forces during the almost four (4) year siege. The Serbs targeted infrastructure for telecommunications and utilities as well as symbols of Bosnian pride, such as the venues used for the 1984 Olympic Games. The siege killed an estimated 11,000people and greatly damaged Sarajevo’s infrastructure. Serbian forces positioned snipers on the mountains to target civilians and opposition forces. Our guide spoke of his memories of running from street to street and using corners to avoid sniper fire. He also explained how people were forced to live in their basements and back rooms to avoid bullets and other shrapnel. In fact, our guide said the common room of the Residence Room hostel (then a private residence) was damaged by shrapnel, with a table’s legs being severed and the piano sustaining damage. As part of the tour we visited a Jewish cemetery which was held by the Bosnians throughout the siege. It was emotionally troubling to see tombstones pot marked by the siege and thinking about the fighting that must have occurred within the cemetery. There are cemeteries throughout Sarajevo, usually divided by religious sects, and they visually confirm how many people were killed during the conflict. Another visually compelling stop of the tour was the bobsleigh and luge track from the Olympic Games, which was also destroyed by Serbian forces and is now used by street artists and adrenaline junkies who use the remaining concrete forms for graffiti, mountain biking and skateboarding. We also visited the tunnel that was built under the airport runway which was used by Sarajevoans to transport food, water, and weapons between their front lines. The UN had secured the airport to use for the transport of humanitarian aid to Sarajevoans, but as part of the deal with the Serbians, they could not allow Sarajevoans to cross the protected lands. Therefore, Sarajevoans had to come up with the creative solution of building a tunnel under the airport, a construction that took over 4 months to complete. We visited the site of this tunnel and were able to walk through a small portion of it to experience the confined quarters that provided a lifeline to Sarajevoans throughout the conflict. 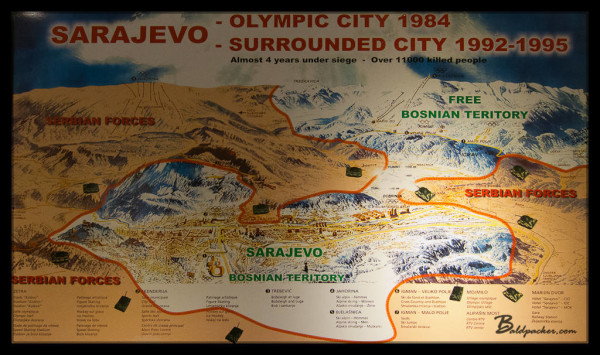 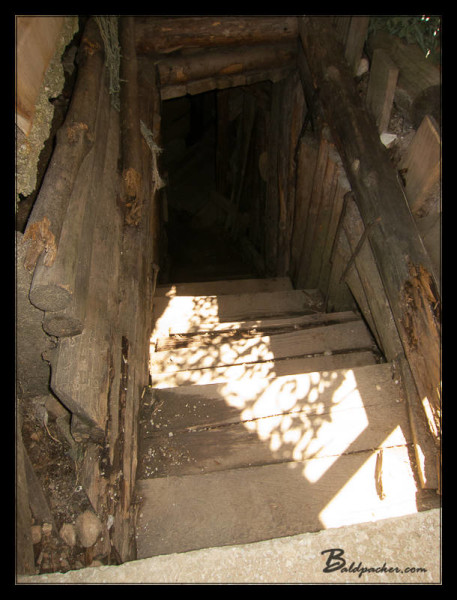 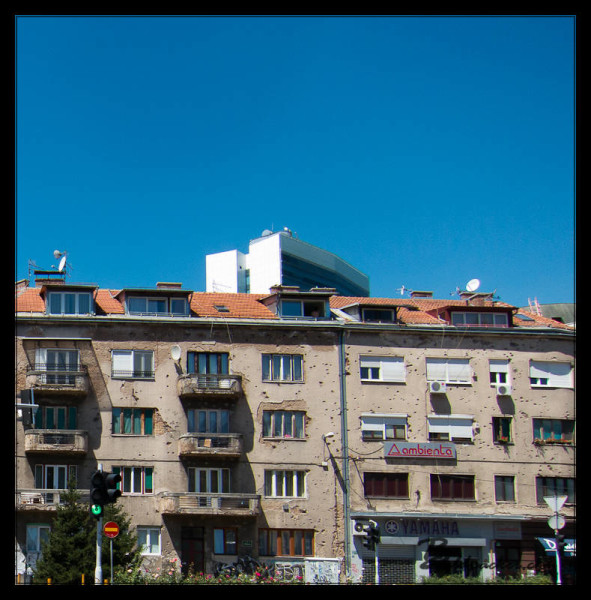 Apartments Covered in Damage from the Sarajevo Siege 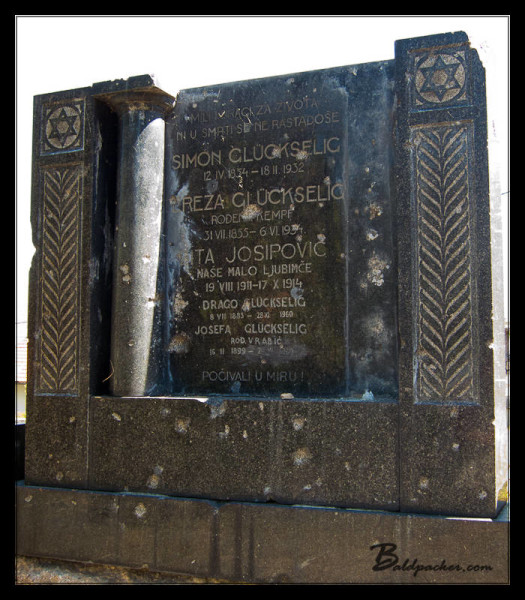 That afternoon, I joined the Aussie girl and American guy I had been out with the night before and we wandered the streets of Sarajevo some more, seeing some of the great architecture that exists in the city. We came across a very nice memorial which was no doubt dedicated to something that happened during the siege, and two bridges I found especially interesting, one being designed by the designer of the Eiffel Tower and the other being designed as part of a final project at the Fine Arts school. 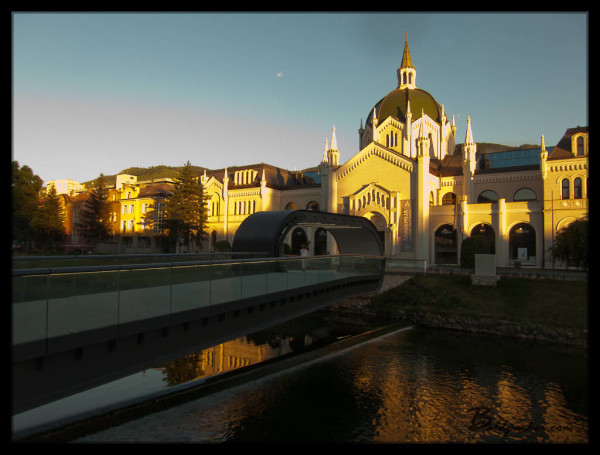 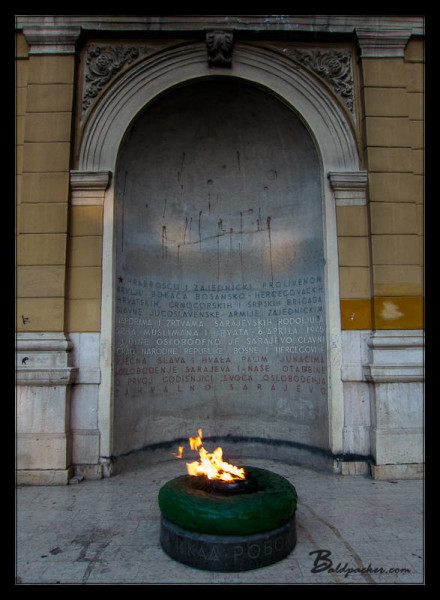 In the evening, it was time to take advantage of the weekend and have a big night on the town, including another stop at the Sarajevo brewery for dinner. After a great meat-heavy dinner at the brewery, we headed into Baščaršija for beers and rakija. The pub crawl continued for a few more stops, including a stop where the bar owner bought us a round at close, and another at Cheers Bar across the street from the hostel, where a teacher from Liverpool and I met four girls from the UK. They dragged us into a dodgy alley, where there was supposedly a night club opening for the after-hours crowd. There were only 10 of us in line, and when the door finally opened, the owner/dj said they were closed for the night due to Ramadan. After some slight pleading, he agreed to open up the club, and we had free reign over the entire place, including the DJ booth. Before I knew it we were splashing down jagger bombs and dancing until dawn. It was a great night, but having not gotten back to the hostel until 6am, it was hard to get motivated to catch my bus to Mostar. Upon checking out I had another lovely conversation with the older woman who owned the hostel and the older taxi driver who took me to the bus station. I must conclude that of all the places I’ve visited, Sarajevo hosts many of the friendliest and most genuine people of anywhere I have been, making the city well worth a visit. 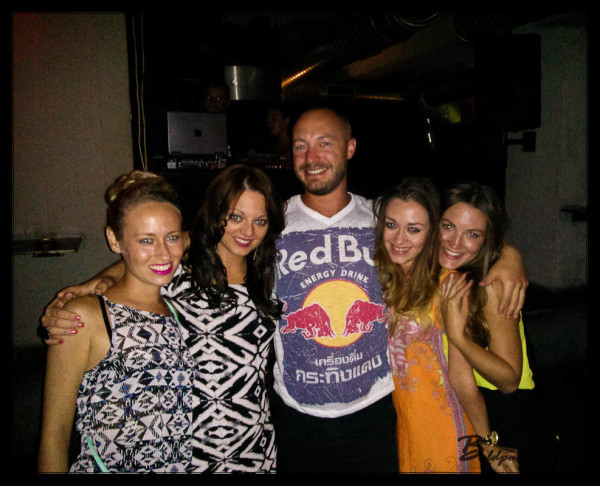 ← Seeing Serbia’s Silicon Valley in Belgrade
Making the Most of Mostar, Bosnia →