Ethiopia: My Pilgrimage to Lalibela Part 1

Sara and I flew to Lalibela from Gondar as the trip by bus usually involves two days of bus travel with an overnight stop somewhere along the way. Lalibela is a small town of 15,000 people, nearly 2,800 meters above sea level, and it is the center of pilgrimage for much of the country due to its monolithic churches. The churches were created in the 12th-13th centuries by devout Christians after King Lalilebla demanded a “new Jerusalem” be built after the capture of old Jerusalem by Muslims in 1187. 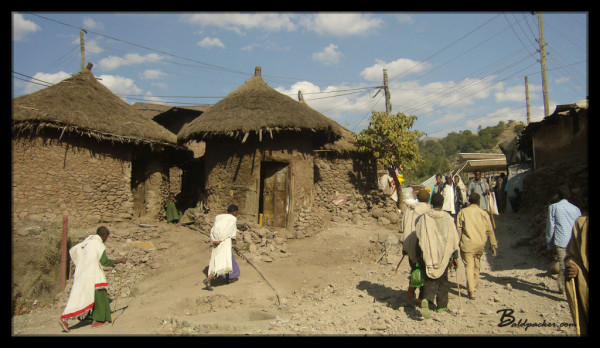 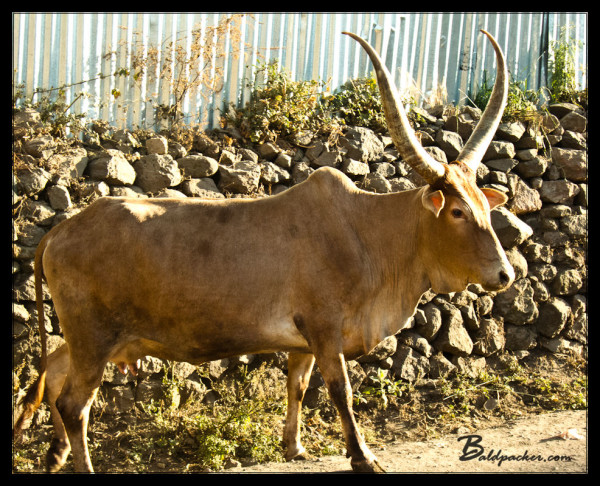 Cow in the Street

We had pre-arranged to stay at the Selam Guesthouse and met an agent at the airport for transport to the budget hotel. After arriving, the shuttle bus staff demanded 70 birr from both Sara and I which we took exception to given that we were of the understanding our transfer was included in the price of our accommodation. It is a long drive from the airport and the service did appear to be separate from the guesthouse so we paid the shuttle bus staff thinking we could negotiate it off the Selam Guesthouse price since they had alluded to the transfer as being included in the Guesthouse price. I really did not mind the 70 birr price but, out of principle, I do everything I can to avoid supporting schemes or scams so that locals do not become accustomed to taking advantage of tourists (which may damage the tourism sector and economy for everyone in the long-term).

The Selam Guesthouse looked nice, and I would have been happy to stay there, but they did not have WiFi and I was a bit frustrated over the airport shuttle bus misunderstanding. After talking it over, Sara and I decided we would look for somewhere a little more luxurious and begin 2014 in comfort and style (we arrived on January 1st). After wandering past a few places we came across the Lal Hotel, which had rooms for US $31 per night. Although the price was more than we had spent anywhere else in Ethiopia, the room was quite nice and there was WiFi which enabled me to finish some work. The only bad thing about the Lal Hotel is that it is a long walk from the center of town making it a little unsettling to walk back late at night, even though Lalibela generally seemed to be a very safe town. There was a lot of construction occurring at the Lal Hotel while we were there so it would not surprise me if their prices go up once the new facilities are complete. I expect they will be targeting luxury tour groups rather than budget backpackers, so do your due diligence before planning to stay there. 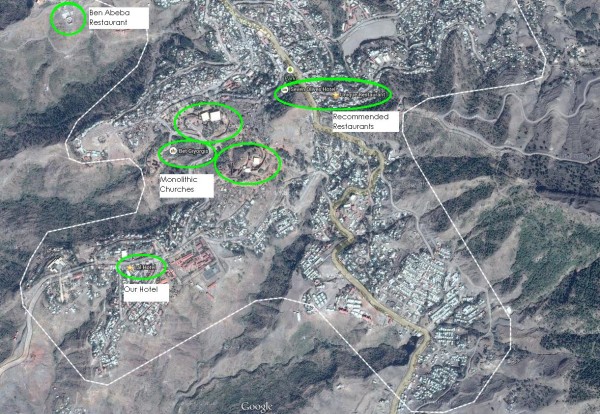 After settling in at the Lal Hotel, we walked into town and had our first real glimpse of the famous Lalibela churches. Unfortunately, I had read in advance that there is some corruption amongst the priests operating the historic area as the price (as of December 2013) was 950 birr (~US$50) for a three day entrance, plus several hundred birr more for a guide (highly recommended you have one). If the money went towards supporting the community or preservation of the churches I would have less issue with the cost, but since it appears the priests keep the money for themselves, I was somewhat hesitant to pay the extortionate admission charge. Since Sara and I had 3 days in Lalibela, we decided that we would save the churches for another day and instead set out to explore the small town by foot. 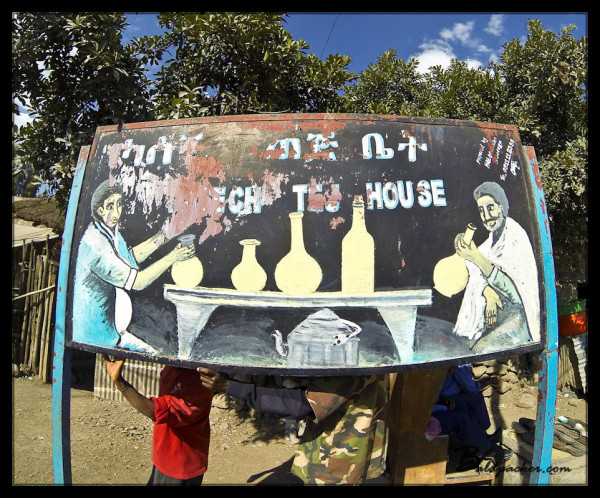 Conveniently, while exploring Lalibela, we ran into Chris and Kate from our Simien Mountain Trekking group (AKA the dirty family) who were exploring the churches that day and, agreeing that US$ 50 per person was a rip-off, agreed to pass their tickets on to us that evening. Since it was also New Year’s Day, we agreed that we should all meet for a New Year’s Day dinner at Unique Restaurant, where they had enjoyed an amazing vegetable pizza the night before. Obviously, I would not normally support “stealing” an admission to a historic site in a developing country, especially not to see religious churches, but given my principles of not supporting corruption or extortion, it was the perfect way for us to see the churches while maintaining my moral principles against supporting the corrupt system.

It is easy to get around Lalibela by foot and most things are understandably centered around the Churches. Before arriving in Lalibela I had read about the Ben Abeba Restaurant so we went there for New Year’s Day lunch. We were immediately welcomed by the Scottish woman, Susan, who sat us at a table with a wonderful view over the valley. For lunch, I enjoyed tuna cakes and while Sara tried an Ethiopian burger and we both had a freshly made lemonade. In honor of the Church of St. George, which is the most spectacular of the eleven churches in Lalibela, I also enjoyed a St. George beer. It is not my favourite Ethiopian beer by any stretch, but to enjoy such a beer on New Year’s Day while absorbing the views, sunshine, and religious significance of Lalibela was wonderful. In speaking with Susan, we discovered she had hired local Ethiopian architects to design the Ben Abeba restaurant, which made me like its unique structure even more. 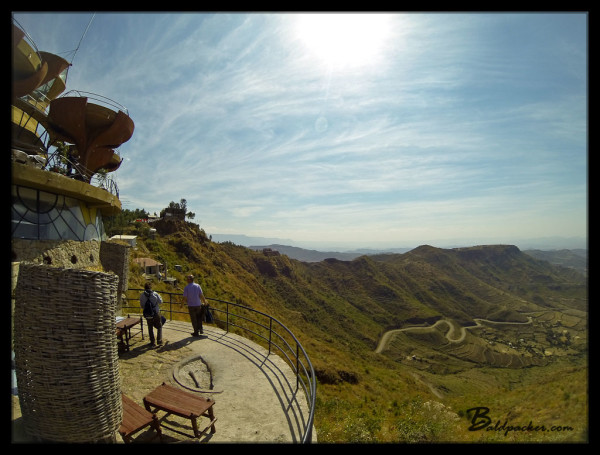 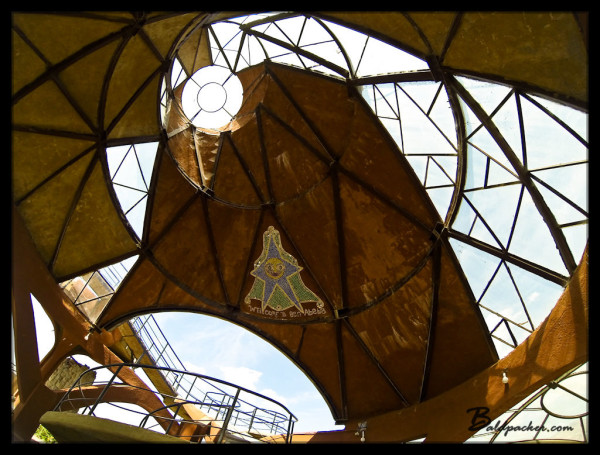 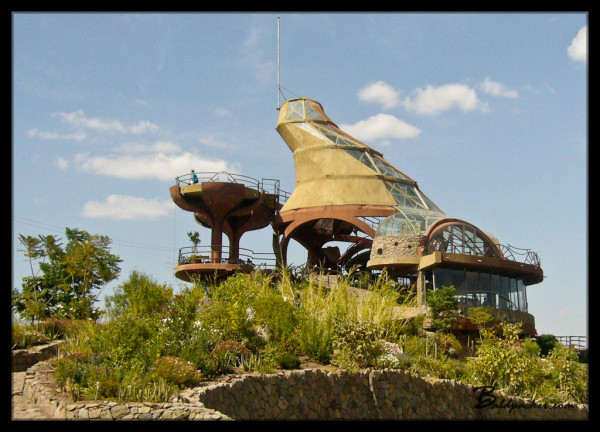 Since our dinner plans were not until 7pm, Sara and I walked back to the Lal Hotel where we were treated to an amazing sunset from the comfort of a hammock strung up behind our room. Lalibela is in a spectacular location given its fantastic views over the valleys below and it is no surprise to me that Lalibela was the location chosen by King Lalibela for the construction of the “New Jerusalem”. 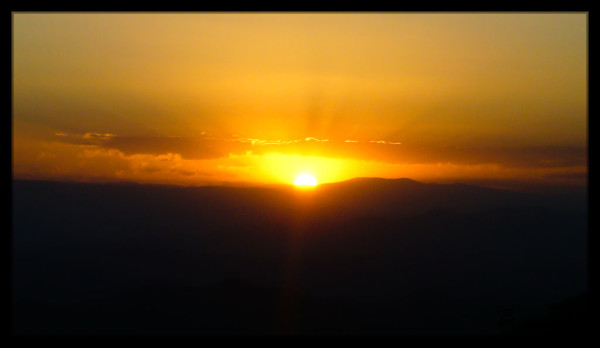 Sunset from Lalibela – the New Jerusalem

After the sun had set, we walked to Unique restaurant, following several pilgrims on a shortcut up a dark trail. If Ethiopia were not such a safe place I probably would have been quite scared walking on this pathway in pitch darkness, but the wonderful stars and pilgrims wrapped all in white made it an eerily peaceful journey. Once we were in town we found it difficult to find Unique Restaurant as it is a small old worn building with packed earth floors and concrete walls rather than the developed tourist place as we were expecting. This just added to the “Uniqueness” of the experience though and I felt it was more like dining in a family home than a touristic restaurant, which was great. The mother and children sat in the dining area watching Ethiopian soap operas on TV while we ate. To prepare food or get us drinks they would just duck behind a curtain into a very simple kitchen to work. Despite the restaurant’s simple facilities, Chris and Kate’s recommendation was accurate and we were treated to the best vegetable pizza I have ever had. After dinner and a few beers, it was getting extremely dark outside so Sara and I said our final good-byes to the last of our “dirty family” and walked home under a night sky filled with brilliant stars. 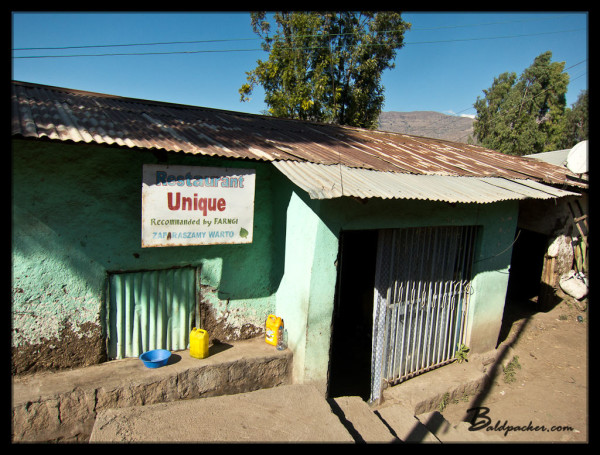 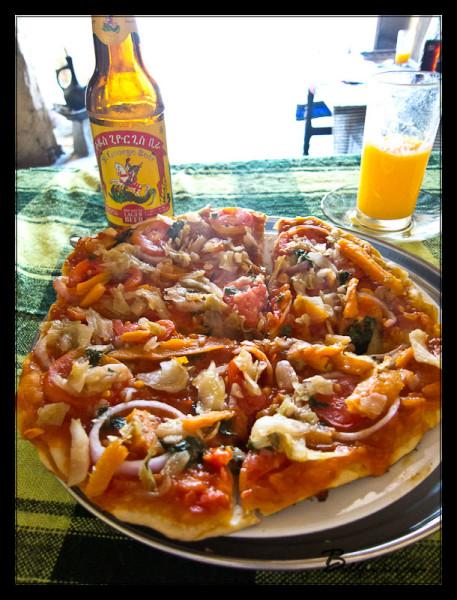 The next morning, Sara and I set out in search of an ATM, which is no small task in Ethiopia. We discovered there were two ATMs in town, one at Dashen Bank and the other at the Commercial Bank by the Amen Hotel. Of course, in true Ethiopian style, both were out of service. Luckily, I had US$ and Sara had Euros which we were able to exchange within the bank itself. The clerk was extremely friendly and even found some Ethiopian coins for me to buy off him as souvenirs (their value is so low they are not really in circulation to tourists)!  Near the banks in Lalibela’s city center (opposite the park) is the John Café, my favourite coffee shop in Ethiopia. The Café is quite simple, but the woman running the place is extremely friendly and polite. A full breakfast is a wonderful bargain at 40 birr and the traditional coffee. brewed right next to the tables, is absolutely delicious. They also do wonderful fresh fruit juices and Sara and I made a point to stop at the John Café whenever we were in need of a caffeine boost or refreshing juice. 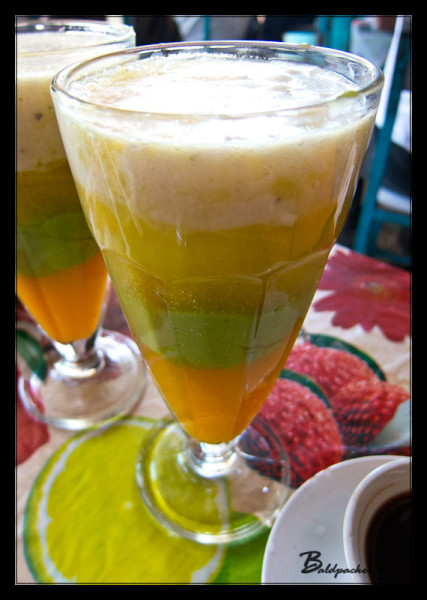 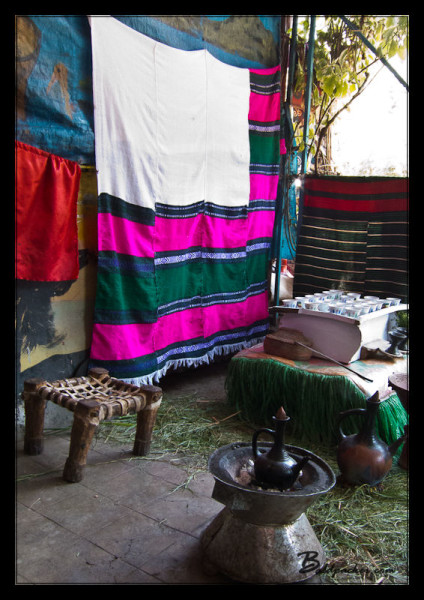 Although it was only January 2nd, Lalibela was beginning to fill up with hundred of pilgrims, many of whom had walked several days or even weeks to get to town for January 7th, Christmas Day on Ethiopia’s calendar. Before arriving in Lalibela I had seen many people recommend visiting Lalibela during Christmas, but for me, a town of 15,000 people swelling to 100,000 is not my idea of a great time. The pilgrims were all setting up camp around the churches and the entire area was becoming very busy so Sara and I decided it would be a good time to tour the churches before the whole area was too packed. 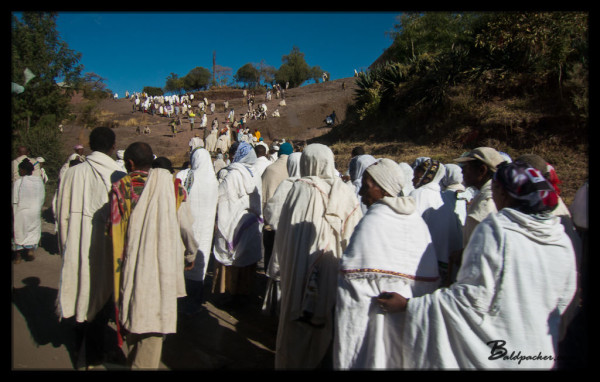 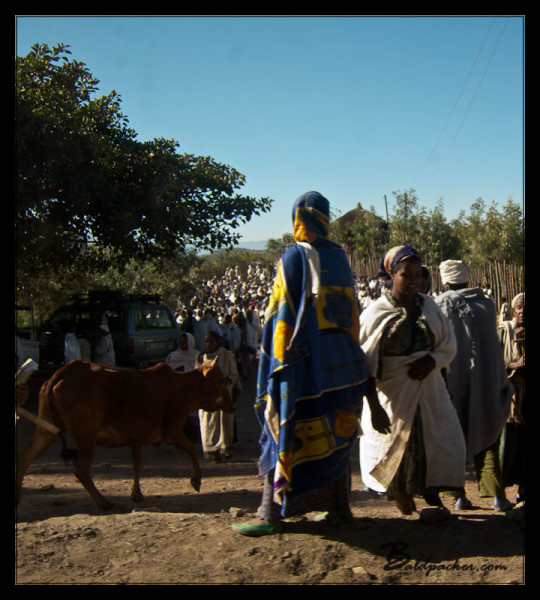