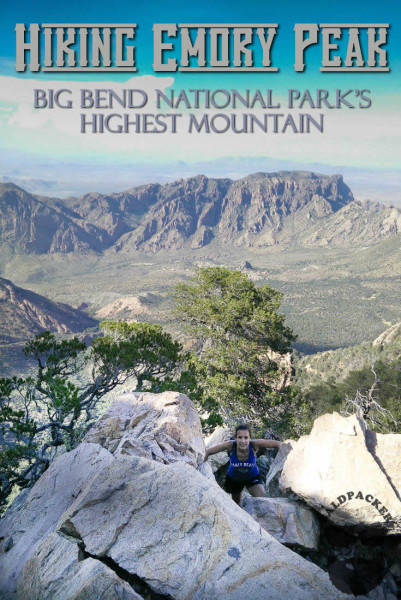 Emory Peak is the highest mountain in Big Bend’s Chisos Mountains at 7825′ (2385M). The peak is named after William Emory, chief surveyor of the 1852 U.S. Boundary Survey team. 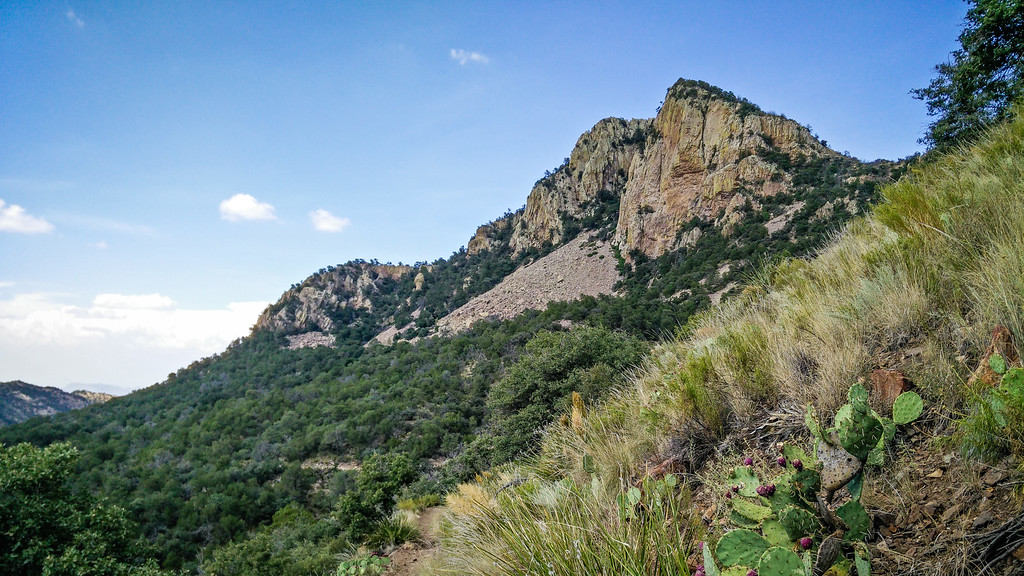 From the Chisos Mountains Parking lot, it is approximately 3.5 miles (5.6 km) up the Pinnacles Trail until the trail branches off towards Emory Peak. That means Emory Peak is possible as a 10.5 mile (17 km) day trip. I personally believe it makes more sense to overnight in the backcountry given the long drive to and from Big Bend Park.

Our Hike up Emory Peak

Over a long weekend in September 2015, Sara and I planned a three-day backpacking trip in the Chisos Mountains. Once I learned Emory Peak was the highest mountain in Big Bend, I knew I had to climb it. As we hiked and camped in the Chisos, Emory Peak was constantly visible, reinforcing my desire to obtain views from the summit.

On our second day in the Chisos, after hiking the North-East and South Rim Trail, we decided to tackle the peak. Although we had to be cognizant of impending nightfall, the late afternoon sun made the scenery especially beautiful. The day’s sweltering heat was also finally subsiding making hiking much more pleasant than it had been earlier in the day. 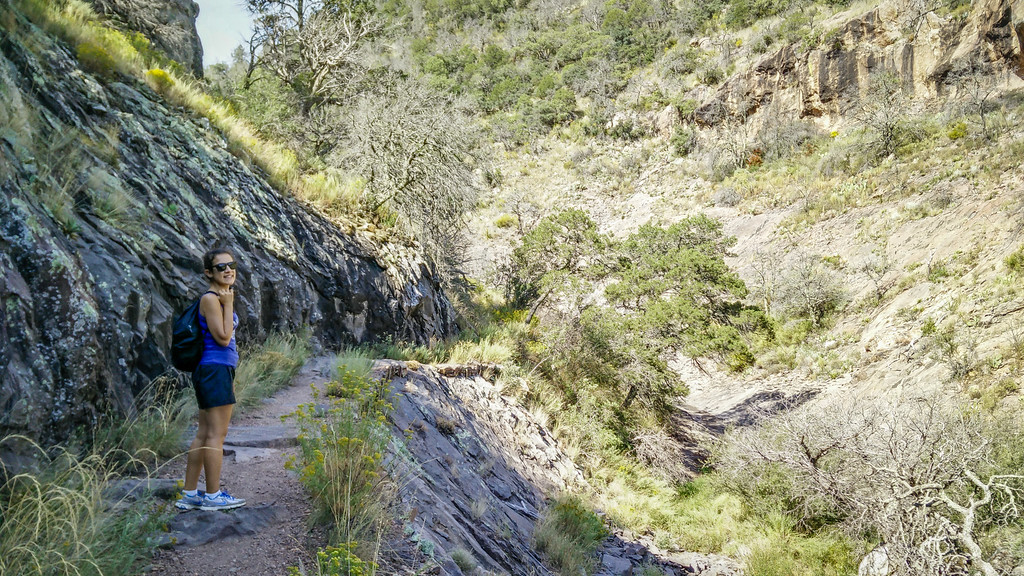 Bears Bins are Available at the Trailhead

Bears are an issue, but the NPS was good enough to provide bear bins at Emory Peak’s trailhead. That means it’s possible to stash heavy camping gear and excess food/water before setting out for the summit. Those bear bins make a climb up Emory Peak a nice side-hike on your way to or from a campsite on the East or South Rim, if you’re lucky enough to reserve one.

The Emory Peak hike itself is relatively straightforward until the last 25 feet where you need to climb exposed rocks. If you’re afraid of heights, you’ll probably hate this section. The view down is hundreds of feet and a fall could easily kill you. There are two separate rock outcroppings at the peak and there was debate among hikers as to which peak was the summit. The tallest peak will be to your right so if you want to reach the top of Big Bend, that’s the target. I am sure both peaks offer the same phenomenal views over Big Bend though.

Sara Climbing to the Summit

The 360-degree views from Emory Peak’s summit make the hike well worth the effort. 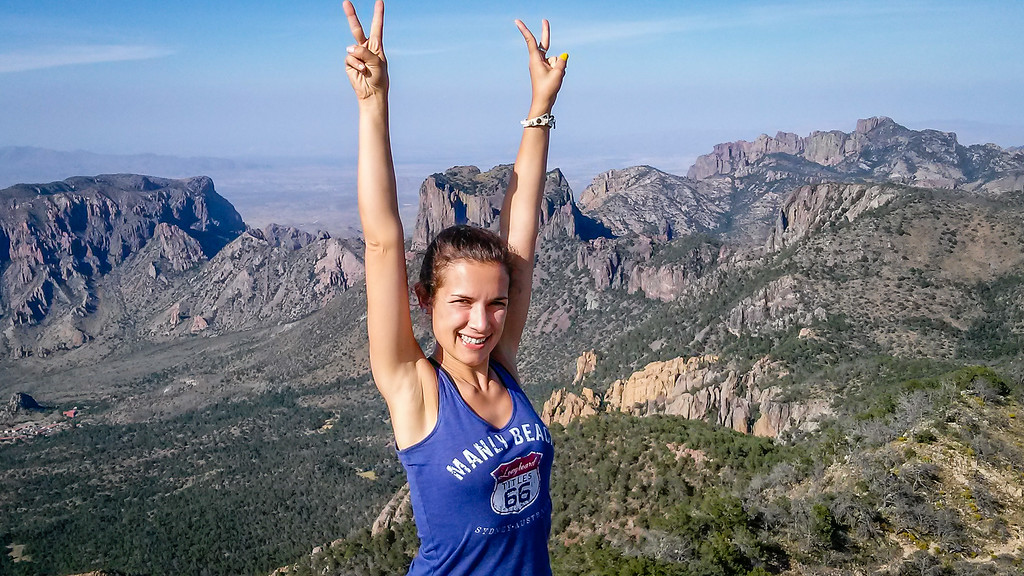 Sara Thrilled to Have Conquered the Highest Peak in Big Bend 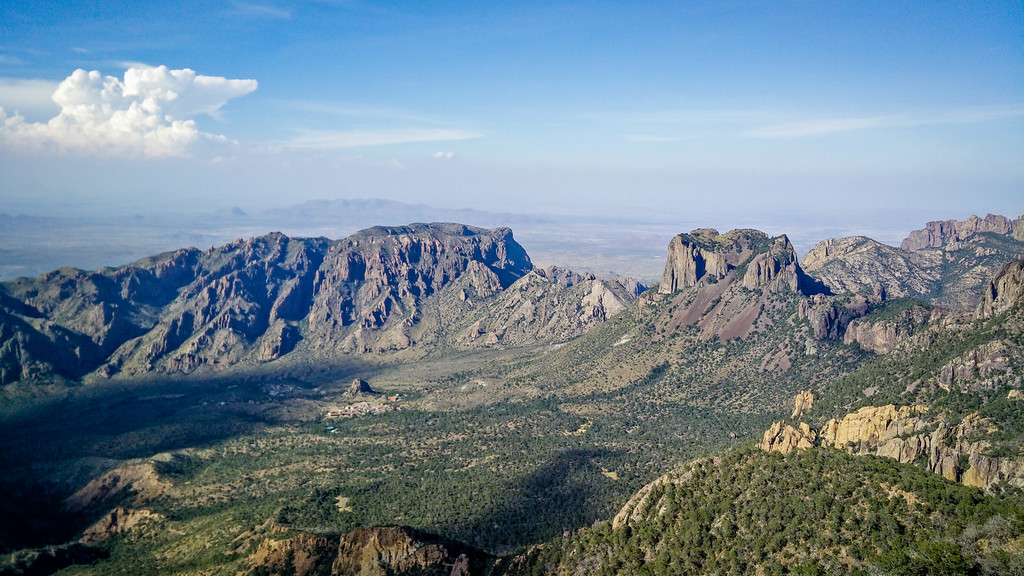 Hiking Emory Peak in the late afternoon was a great decision as the low sun provided great light for taking photos. Unfortunately, the setting sun also meant we could only enjoy the views from the summit an hour before beginning our hike back to camp before the sunset.

If you are capable of making a mildly technical climb and not too afraid of heights, I would highly recommend this hike. The views are nothing less than spectacular!