UFOs in Roswell, New Mexico? I Want to Believe

Roswell is best known for being the alleged crash-site of a UFO in 1947 and, nearly 70 years later, the question of whether a UFO crashed in Roswell or not still greatly influences this quirky town of 50,000.

For those not familiar with the Roswell UFO incident, the story began when a rancher discovered clusters of debris 30 miles north of Roswell on June 14, 1947. 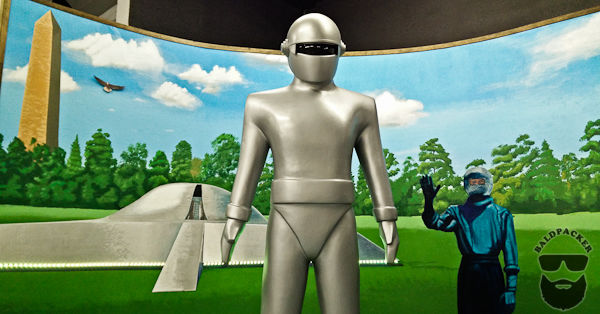 On July 8, 1947, the Roswell Army Air Field issued a press release stating they had recovered a ‘flying disc’ which had crashed at a ranch near Roswell. Later that day, the Commanding General stated the debris collected was only a weather balloon and held a press conference to show the wood, rubber, and foil that was supposedly found.

The story died for around 30 years until ufologists began claiming that one or more alien spacecraft had landed and that extraterrestrial life was recovered by the military who then proceeded to cover it up.

The story continues to be debated by conspiracy theorists through books, documentary shows, and mainstream media, though general consensus is that the debris was not from a UFO and was simply a weather balloon.

Roswell continues to encourage believers and skeptics alike to continue the debate and you can find a number of alien related museums and shops in town, as well as the UFO Festival which is held in Roswell every summer.

While I don’t personally believe alien life has reached earth to date, I Want to Believe extraterrestrial life exists somewhere in our massive universe so it was sort of fun to visit  the site of one of the world’s most renowned UFO claims.

Things to Do in Roswell

Roswell was a surprisingly enjoyable town to visit; it feels like a quintessential American town but with a Sci-Fi kick of weirdness.

After a night camping in Bottomless Lakes State Park, which I discuss further at the end of this post, we drove into Roswell and parked on Main Street. Main Street is definitely the hub of tourism in Roswell and, despite all of the over-the-top alien and UFO signs and stores, was appealing in its own quirky way. If you only have a little bit of time in Roswell and want to stretch your legs, I would definitely encourage walking down Main Street to absorb the how “normal” strange feels in town!

The Roswell International UFO Museum is definitely one of the main tourist draws. Although the museum is quite cheesy, they don’t take themselves too seriously which makes it fun. Admission is only $5, which is fair even if only for the entertainment value of visiting a UFO museum in Roswell, NM.

The museum is filled with newspaper clippings, witness statements, and general UFO information which may be interesting to those with a fascination in science fiction, conspiracies, or the possibilities of extraterrestrial life that our universe offers.

Since the museum was my first stop of the day, I was desperate for breakfast and a coffee so I did not read everything, but I got a kick out of the over-the-top exhibits and got a quick understanding of why the Roswell UFO Flying Saucer event of 1947 became so famous.

I don’t want to spoil the surprise, but the highlight for me was when the flying saucer display started spinning and a fog machine began spewing smoke. 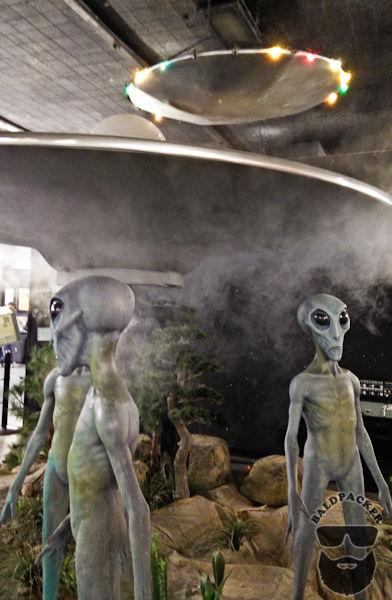 Another display showed how alien many of Earth’s own cultures can seem. This wood carving is extremely beautiful but also provides so many symbols that could easily be mistaken for those of extraterrestrials (based on Hollywood’s interpretations). 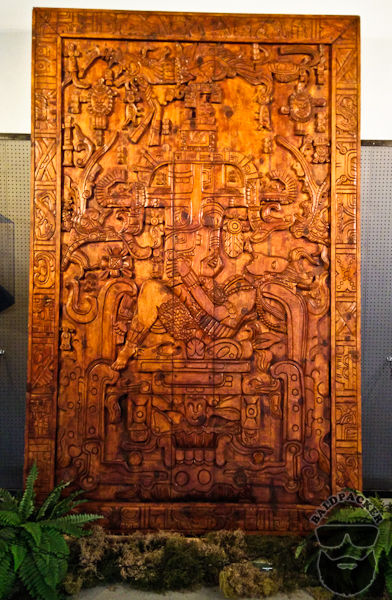 Unfortunately, our time was limited so we did not have a chance to visit the Anderson Museum of Contemporary Art or Roswell Museum and Art Center but they’re both highly recommended (and FREE) so I wanted to mention them here and I definitely hope to visit them the next time I’m through Roswell.

The Anderson Museum of Contemporary Art (AMoCA) gets rave reviews for the quality of its modern art exhibits. Featuring 400 works of art across nine galleries and 22,000 square feet, you’re sure to see something like. One of the cool things about the museum is its “Roswell Artist-in-Residence (RAiR) Program” which brings six artists each year to live and work in Roswell while supporting the development of their creative talents and works.

The Roswell Museum and Art Center (RMAC) is a 50,000 square foot facility that includes twelve galleries dedicated to the exhibition of art and history. From what I’ve read, RMAC not only displays great art, but also teaches visitors about science and history applicable to New Mexico and the local area making it a multi-faceted educational experience.

When we drove past the Cowboy Cafe we saw the parking lots was jam packed with trucks bearing New Mexico license plates and I knew this was the place for us to have breakfast and get our caffeine fix.

The Cowboy Cafe is a homely local diner with efficient service, friendly staff, great food, and an atmosphere that suits its small town location.

Even though we arrived very late in the morning for breakfast, the diner was chock full of people and we were invited by a family to squeeze in their booth with them. Even after spending several months in Texas, I cannot get over the accents, friendliness, or politeness of the people! The young boys introduced themselves to the waitress using their full names, including middle names, and the father and grandfather were very welcoming towards Sara and I.

After the family left, we were joined by two rough-looking truckers who were equally friendly and polite. One of the truckers was a regular at the Cowboy Cafe, proving that it is THE PLACE for breakfast in Roswell (truckers know their breakfast diners), and told us there used to be a window with a bullet hole which was recently changed out. I didn’t get the story behind the bullet hole, but Sara and I thoroughly enjoyed our meals and even ordered a delicious piece of homemade pecan pie to take away. Whenever I visit Roswell, the Cowboy Cafe will definitely be on the menu. 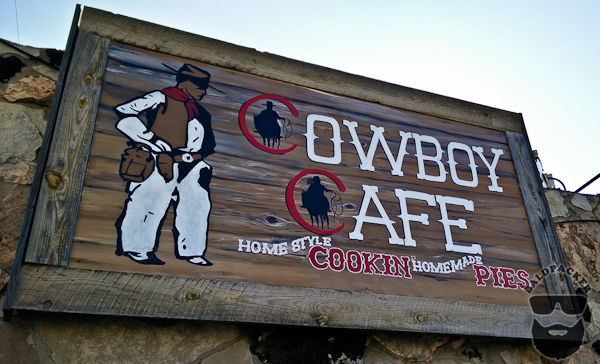 The Best Breakfast in Roswell at the Cowboy Cafe 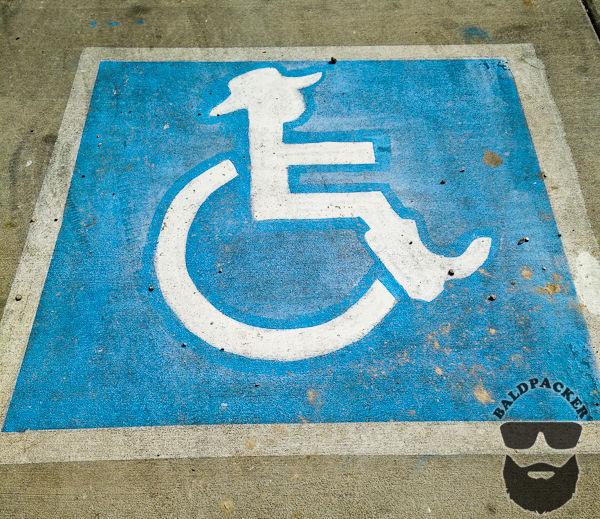 The unique lakes, which are actually sink holes, are not actually bottomless but reach 90 feet in depth, and hold beautifully clear water. Visitors are allowed to kayak, canoe, camp, fish, picnic, swim, hike, and even scuba dive which is great given how few lakes there are in the area.

Day-use is $5 per vehicle, primitive camping $8, and develop camping is $10 with additional fees for electrical or sewage hook-ups for RVs, though you can check the State Park website for more info.

We arrived late at night and drove to Roswell early in the morning so we did not have time to go for a swim, but this would be an excellent place to stop on a hot day for a refreshing dip; just don’t try to touch the bottom of the lake. 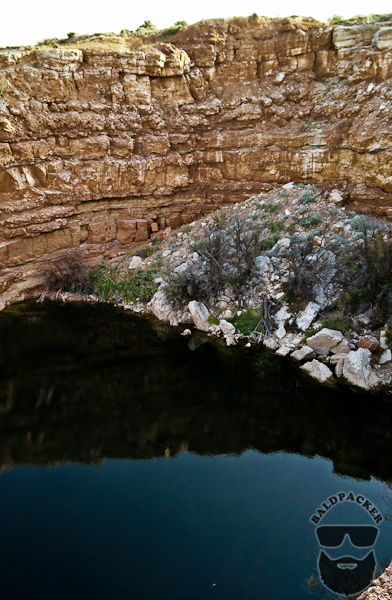 One of the Sinkhole Lakes at Bottomless Lakes State Park, NM 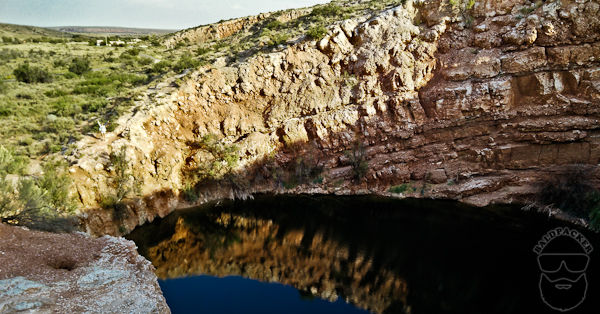 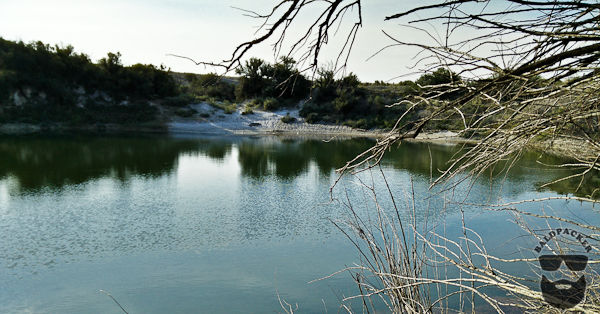 Overall, I enjoyed Roswell much more than I expected I would and would happily return to explore more. I didn’t spend enough time in Roswell to give the town a reliable City Score, but hopefully I will visit Roswell again soon and can update this post with more information. Regardless, if you’re in the area, I would definitely recommend making Roswell a stop on your itinerary.