After waking up at the Barilla Campground outside of Hobart, Sara and I enjoyed a morning shower before setting out for the Tasman Peninsula. 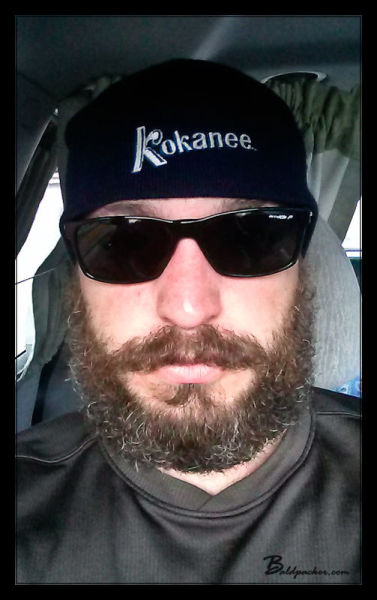 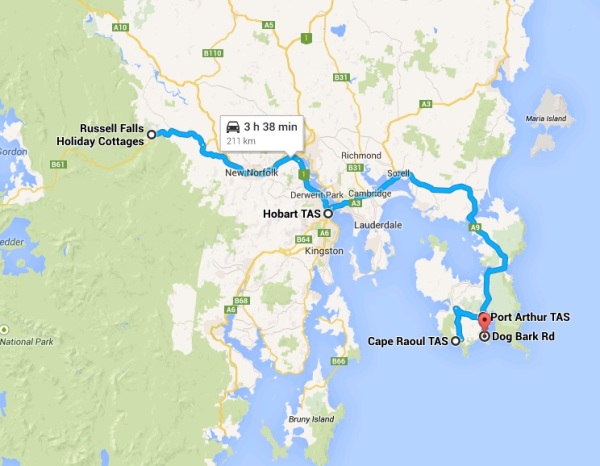 I was thrilled that as we drove to the Tasman Peninsula the clouds began to clear from the sky. Sara and I had been eager to do a longer hike in Tasmania but had not had much cooperation from the weather. Hoping for blue skies we made our way towards the trail head for the 14km Cape Raoul hike.

On the way to the Cape Raoul we stopped at the Tasman Arch and Devils Kitchen for photos.  The Tasman Peninsula is truly one of the most beautiful coastlines I have seen anywhere in the world. 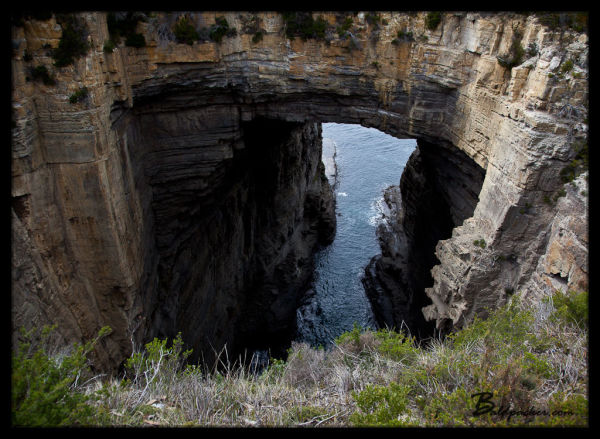 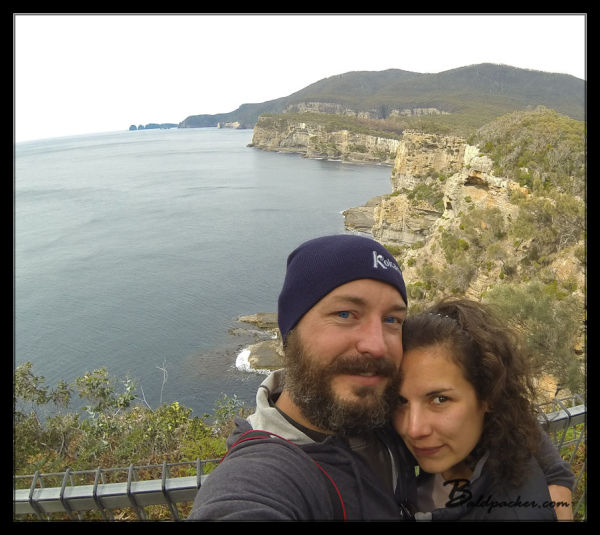 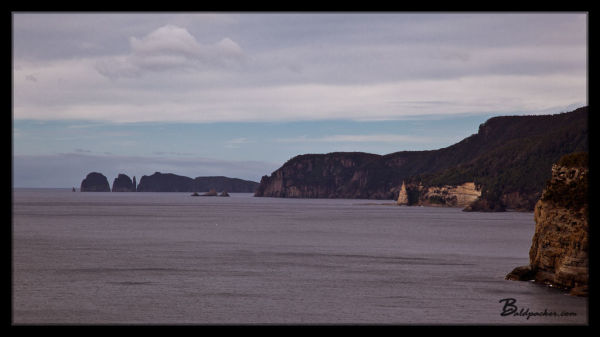 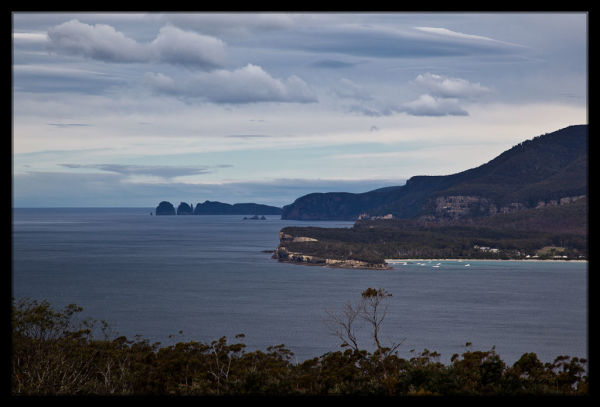 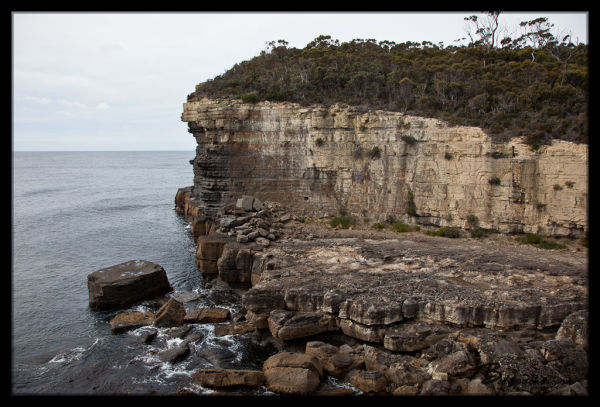 The Cape Raoul hike is one of the best hikes I have ever done. It is a 14 km return  hike which offers incredible scenic views over the Tasman Peninsula and South towards Bruny Island. My Cape Raoul hiking experience was enhanced by the stunning weather with blue skies, sunshine, and a gentle breeze to keep us cool. A lot of the hike is through forest so thankfully we had shade for part of the day as five hours under the Australian mid-day sun would have been difficult. 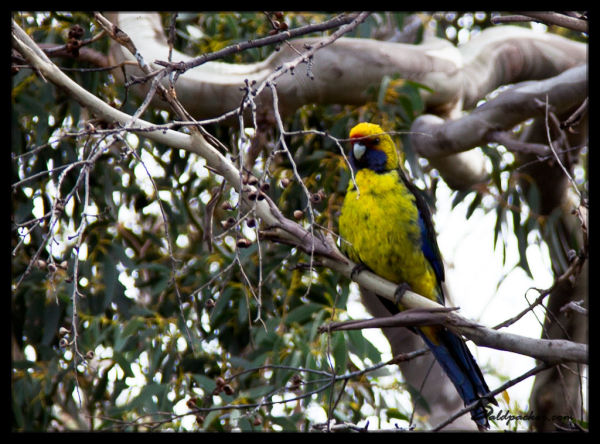 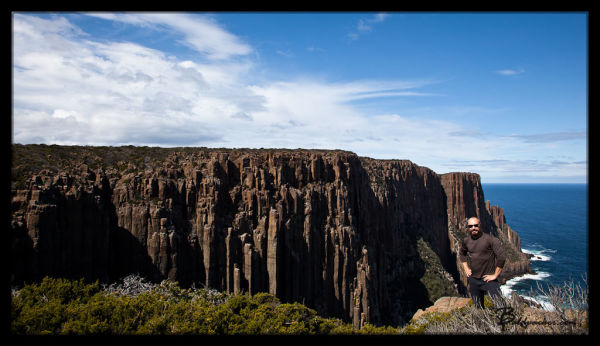 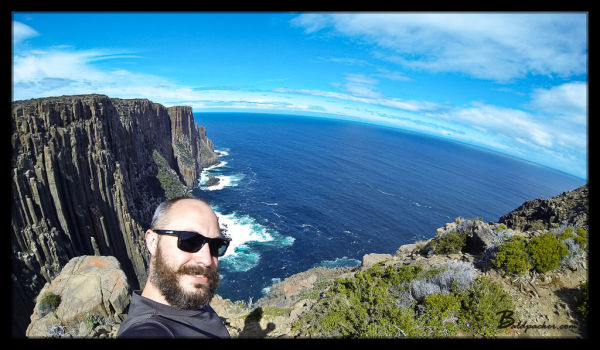 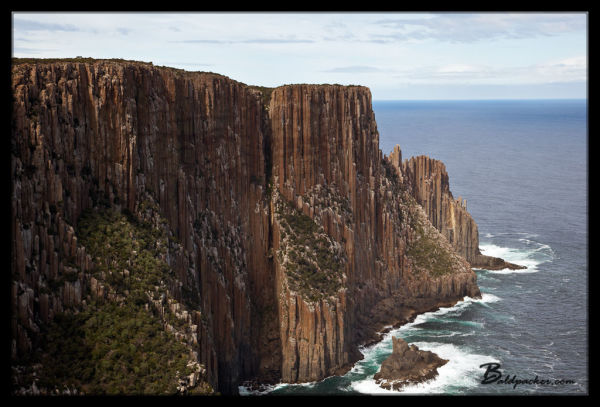 On our return hike back to our car I spotted an Echidna. As soon as it saw us it made its way under a log and curled up into a ball, raising its spines for protection. Echidnas and the platypus are the only egg-laying mammals, known as monotremes.

After the hike Sara and I drove our campervan to Port Arthur, hoping to figure out a plan for touring the Port Arthur Historic Site the next day. On the way, we stopped at the Remarkable Cave. Although I have seen many great ocean caves in my lifetime, what is remarkable about the Remarkable Cave is that its opening closely resembles the shape of Tasmania! 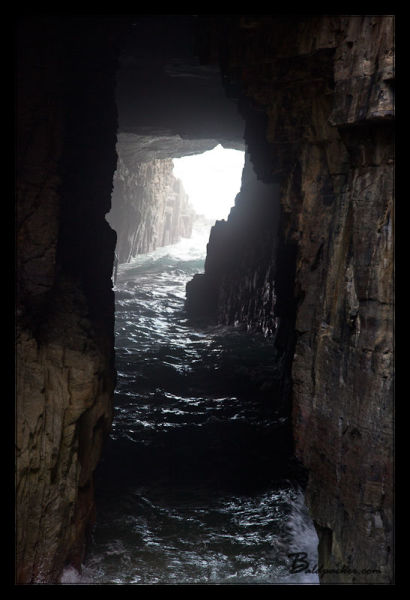 Remarkable Cave in the Shape of Tasmania

After visiting the Port Arthur Historic Site to find out its opening hours the next day, Sara and I drove around the Port Arthur area looking for a suitable free camping spot. It was surprisingly difficult to find a good area for free camping but in the end we decided that we should be okay to park for one night at the end of Dog Bark Road. I was somewhat hesitant because there are a few houses nearby, but Dog Bark Road ended up being one of my favourite places to spend an evening. Not only was there a fantastic beach 50 meters from where we parked our campervan, but we also saw an Echdina crossing the road, enjoyed a rare blood moon (lunar eclipse), and could sit out and enjoy incredible stars. 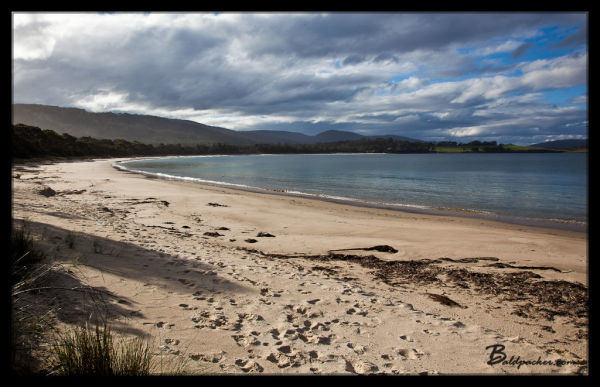 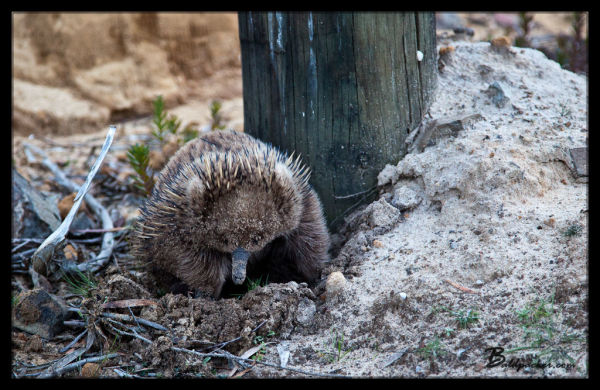 Echidna With A Face Full of Sand 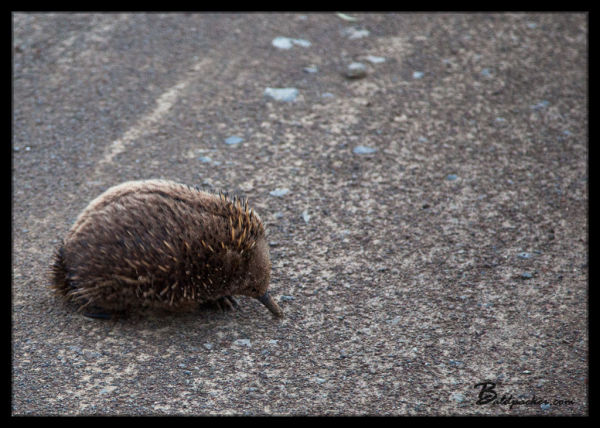 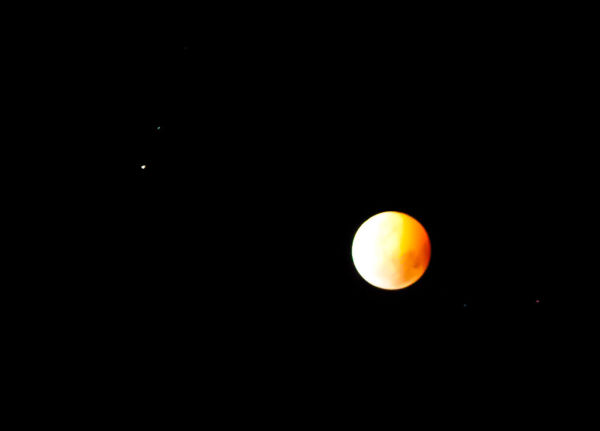 The next morning we woke up early and drove straight to the Port Arthur Historic Site. Port Arthur is a former convict settlement and from 1833 to 1853 it was where the worst of convicted British criminals were sent. Port Arthur is the most visited tourist site in Tasmania and I suspect that is in part because so many Australian’s families originally arrived there. The historic site offers many different ticket packages but Sara and I opted for the $35 per ticket bronze package (cheapest available!!!) which included a guided walking tour, harbour cruise, and access to the museum. 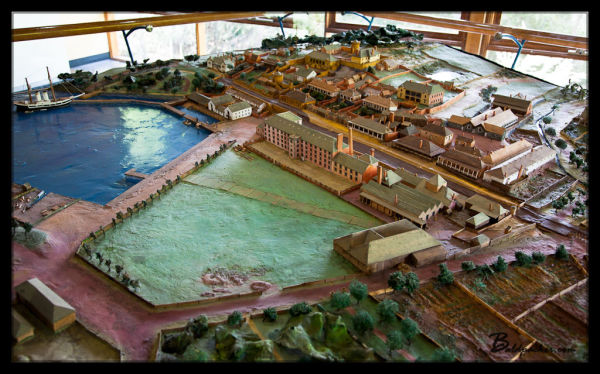 The museum and guided tour provided excellent introductions to the site. The thing that interested me most is that Port Arthur was one of the early adopters of the “Separate Prison System” which meant a shift from physical punishment to psychological punishment. For example, food, tea, or tobacco were used as rewards for well-behaved or productive prisoners and solitary confinement was used to punish those who misbehaved. 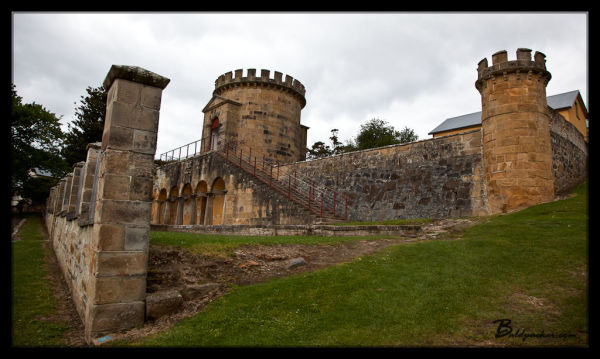 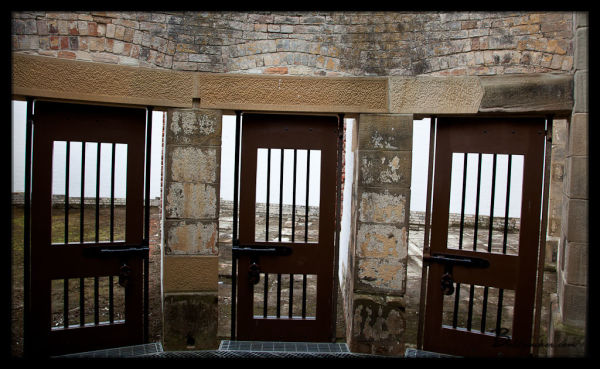 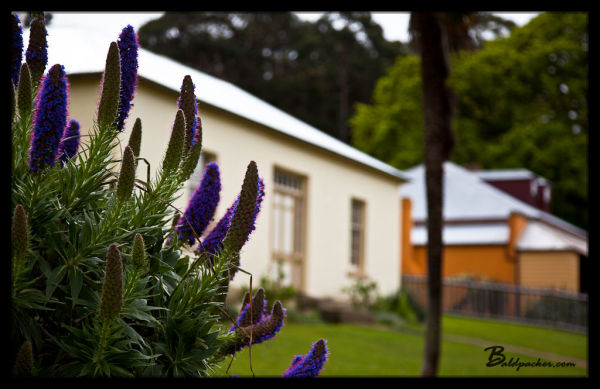 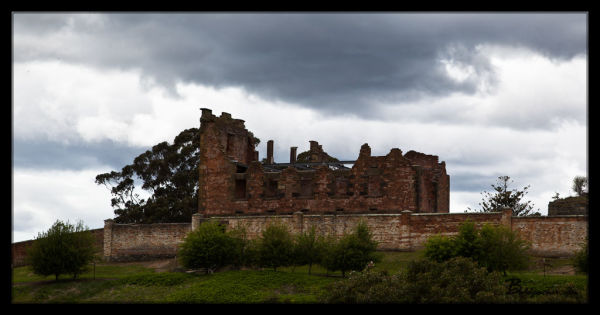 The harbour cruise was not all that interesting but it did provide some good views and help show why it would be so difficult to escape the Port Arthur prison due to the surrounding forest and water. We also passed the aptly named Island of the Dead where prisoners, guards, and military personnel were buried. There are 1646 recorded graves on the Island of the Dead but only 180 of them (those of the staff and military) are marked. 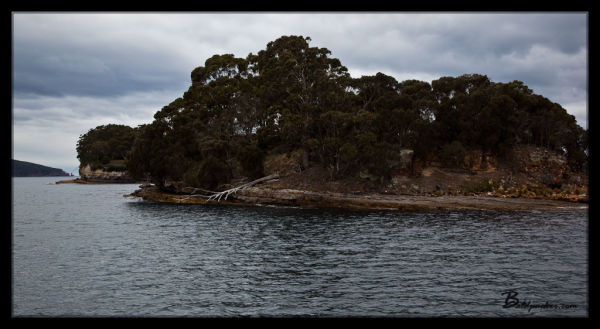 Island of the Dead, Port Arthur

Overall, the highlight of Southern Tasmania for me was the Cape Raoul hike. I imagine there are several other amazing hikes in the region given the beautiful coastline and if I ever return to Tasmania that will be my focus. The Port Arthur historic site was interesting, but unless you have a real interest in history, prisons, or a family tie to Port Arthur, I believe it is quite expensive for what it is. Of course, like many things, if you’re already in the area it’s still probably worth the price of admission to spend half a day poking around just to see it.

Read on as my Campervan Road Trip Continues to Wineglass Bay, Freycinet National Park, and up the East Coast to Launceston