One of the main reasons I wanted to go to Brussels after Bruges and Ghent was to visit the Delirium Cafe as it’s listed in the Guinness Book of World Records for having more beers available than any other establishment in the world. The Delirium Cafe achieved this in 2004 by stocking 2004 beers; apparently now they stock closer to 3,000 beers at any given time – my kind of place!

After traveling by train from Bruges to Brussels Midi station, via Ghent, we walked through the Grand’ Place-Grote Markt, on our way to try and find the Delirium Cafe.

I did not realize it at the time, but the statue was placed back around 1619 and became one of the most famous sights in Brussels. There are several legends behind the Manneken Pis statue, but my favourite is about Duke Godfrey III of Leuven who, in 1142, was apparently a Lord. Legend holds the two year old’s troops were battling against the troops of the Berthouts, in Ransbeke, and the troops put the infant lord in a basket and hung the basket in a tree to encourage them. From the tree, the boy urinated on the troops of the Berthouts, who eventually lost the battle.

Although we saw the “Little Man” in his birthday suit, there is apparently a committee who regularly dresses the statue up in costumes. We saw many of the costumes shown on postcards around town but I was personally quite happy to see it all hanging out there. I also heard that sometimes the fountain is hooked up to a keg of beer and you can get a free glass of the delicious pee in the streets. Now THAT is something I would have loved to see. 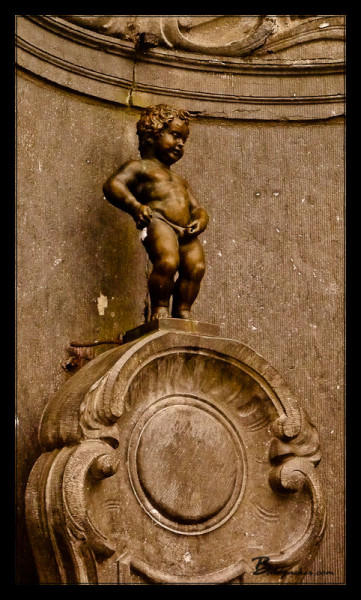 When I visited the Delirium Cafe in 2011 I had not yet embraced traveling with a smartphone and we found it very difficult to find the bar, even before consuming any beers! I highly recommend looking the Delerium Cafe up on your phone or taking directions with you, although we found the locals very helpful in directing us to it as well. Although we had just planned to stop-over in Brussels for a few hours to try a couple of beers, it took us over an hour just to find the bar! 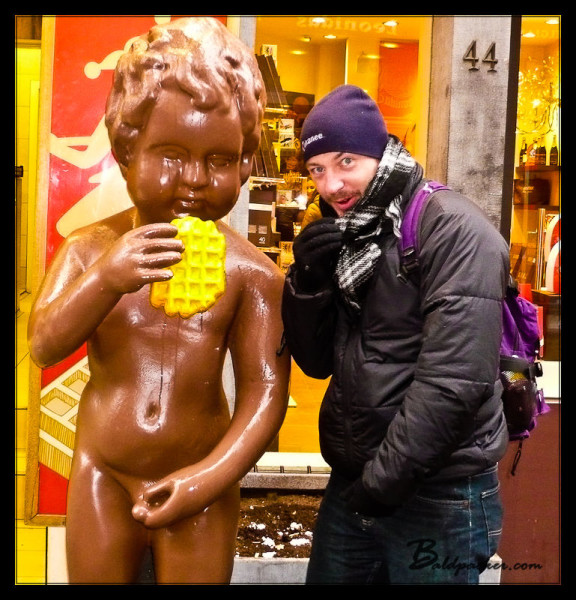 Peeing Boy Eating a Belgian Waffle – Why Not!? 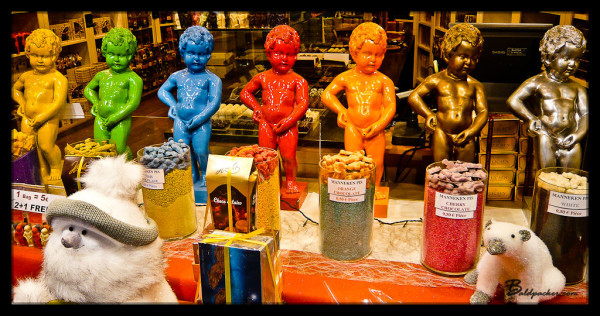 After eventually finding our way to the Delirium Cafe, we were impressed by the 17 taps wrapped around the bar, large barrels for tables, and old metal beer signs on the walls. The downstairs area seemed even better than the upstairs, with the feel of a busy college bar, but we could only find seats upstairs. We proceeded to grab a menu and try taster glasses of 13 types of beer (you can read more about the beers in my Best Belgian Beer Review post). As could be expected after 13 glasses of beer, we lost track of time and realized we had to race to the train station to catch our train. Of course, after getting lost on the way from the train station to the Delirium Cafe, we managed to get even more lost on the way back to the train station and by the time we arrived the last train of the evening had already departed. Oops. 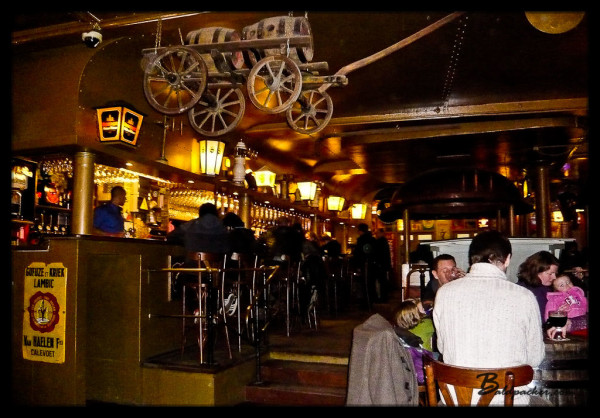 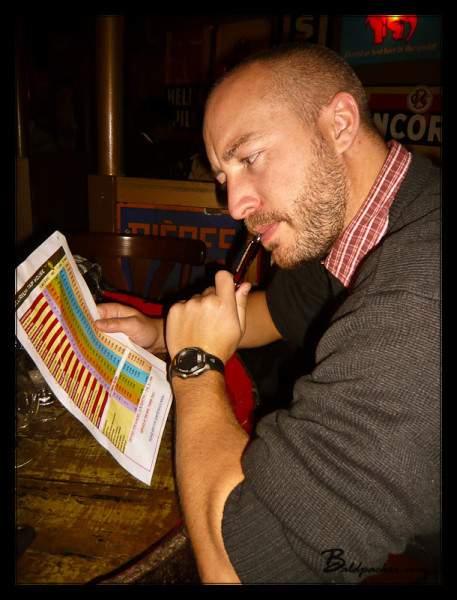 Tough Menu Choices – Maybe I Should Try Them ALL! 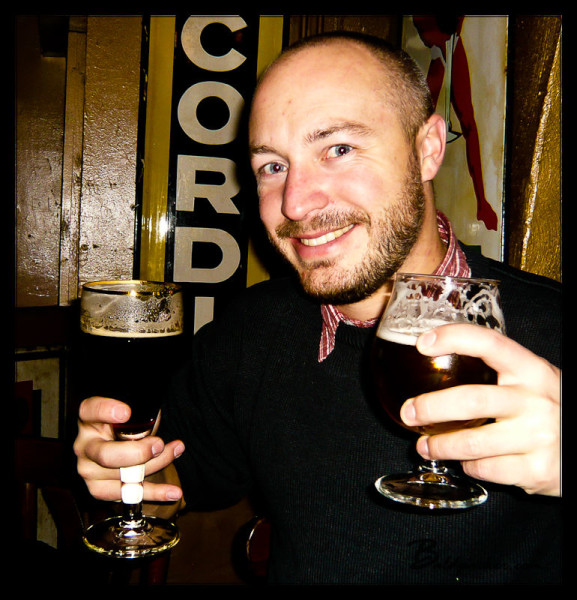 Faced with the difficult decision of what to do next, we walked back to the Delirium Cafe, where we expected the Belgian beer gods would provide us with direction. After asking bar staff and bar patrons for hostel recommendations, for which they had none, we spent the next couple of hours walking around asking hotels for availability. We were lucky enough to stumble across La Madeleine, which had a very helpful reception guy and a room for 70€, including breakfast. Although it was an unexpected extension to our stop in Brussels, I was very happy we’d be able to explore a little bit more the next day.

The next morning, Clarissa and I explored the Grote-Markt and stopped to savour many of the sights we had rushed past the previous day while searching for the Delirium Cafe.

After enjoying the old city, we took the metro train to the Atomium, a building straight out of a Sci-Fi movie which was built for the 1958 World’s Fair. I must say that even though the metro train ride was long, it was definitely worth it once I stepped out and saw the scale of the Atomium. This is one of those buildings that pictures simply cannot give justice to. It was a very cool structure and we enjoyed walking around and taking photos of the ‘floating molecule’. We had read that the exhibits and restaurant inside the spheres were not worth the money to see, so after taking photos from all angles outside, we took the Metro back to the Grote-Markt for lunch. 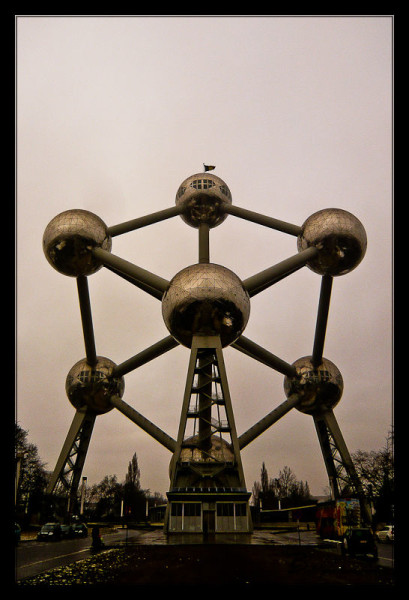 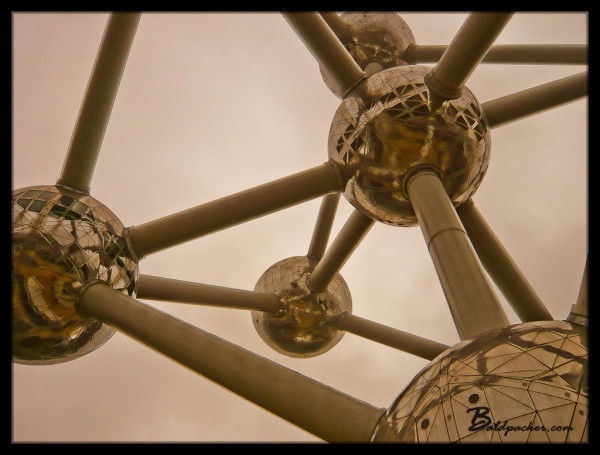 We found a little place right off the main square called Cave du Roy, which was almost certainly geared towards tourists, but had a Plat du Jour menu for 9.50€. The atmosphere of the place was great, being an all-brick cellar with nice white cloth table cloths, and bottles of wine on every table. Unfortunately, the food was rather typical tourist fare, but still not bad for the price given we were in such a touristy area. With lunch, I of course seized the opportunity to try another Trappist beer, the Westmalle Double. After lunch, we chose one of the many Belgian waffle house lining the streets, and shared a delicious waffle smothered in chocolate with 2 scoops of Australian ice cream on top. Mmm.

After lunch and a little more wandering around the tourist district, we found our way to the Little Delirium Cafe, which we had read about at the ‘Big’ Delirium Cafe and seen on our search for the Delirium Cafe the previous day. I really liked the Little Delirium Cafe as it was less crowded and had more windows than the ‘Big’ Delirium Cafe, so it was brighter and seemed liked a good place to try a few more beers that afternoon. After sitting down at the bar, which was surrounded by 30 taps, Clarissa and I took advantage of the “3 Taster Glasses for 6€” deal. I initially just blindly chose drinks off the menu, but for the next rounds I asked the pretty Belgian bartender what her favourites were. I am so happy I asked as her face lit up and I could immediately tell she worked at a bar because she LOVED beer too. She enthusiastically told me about various Belgian beers, including many styles I had never heard of before, and even offered me ‘tasters’ before I chose what to get my taster glasses. 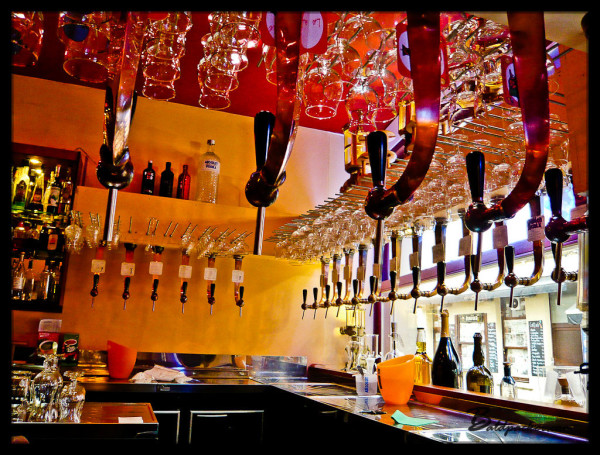 After enjoying taster glasses of a dozen beers, and ‘pre-taster tasters’ of several more, our tasters came out in the colours of the German flag, signalling it was probably time to head back to my temporary home in Aachen, Germany. Clarissa and I decided not to challenge fate again by taking the last train and instead walked to the train station nice and early, where we unfortunately had to pay for an over-priced train ticket, since our weekend passes had expired, to get back to Eupen. 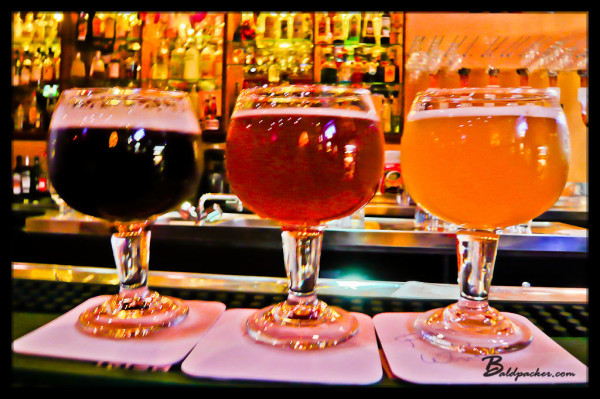 Although our time in Brussels involved just as much beer sampling as it did touristic sightseeing, I still enjoyed Brussels much more than I expected. For a big city, Brussels has its own unique feel, and I can definitely see myself returning to explore more, and definitely to indulge in a few more delicious Belgian beers!

Click HERE to Read About the Best Belgian Beers

Enjoy My Posts About Brussels? Please Share the Pinspiration: 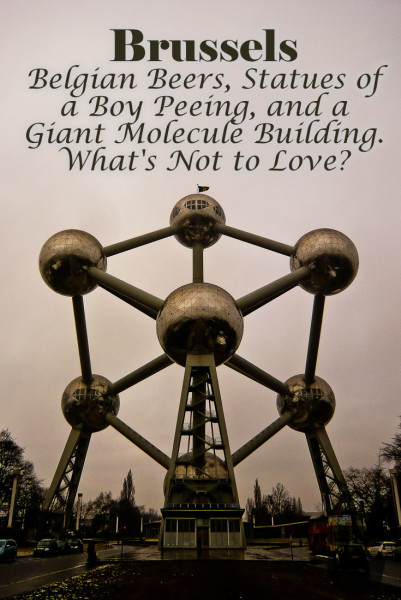