Bonn, with a population of 315,000, was the capital of the Federal Republic of Germany (former West Germany) and lies on the Rhine river around 20 km south of Cologne. The city remains a popular choice for large-scale exhibitions and conferences and my primary reason for visiting Bonn was to see theHaus der Geschichte Museum, a museum of contemporary history that attracts over one million visitors a year.

The museum is free to enter, and provides an interesting explanation of German history after 1945. I thoroughly enjoyed wandering through the museum and, although many signs were only in German, the most important displays were translated into English. The museum offered an excellent explanation of how West Germany, or the Federal Republic of Germany, evolved in contrast to East Germany, or the Democratic Republic of Germany, and it really helped me better understand how Germany has become the country it is today.

This post does not explain WWI or WWII, but rather gives a quick “traveler’s guide” to what happened after World War II was over. 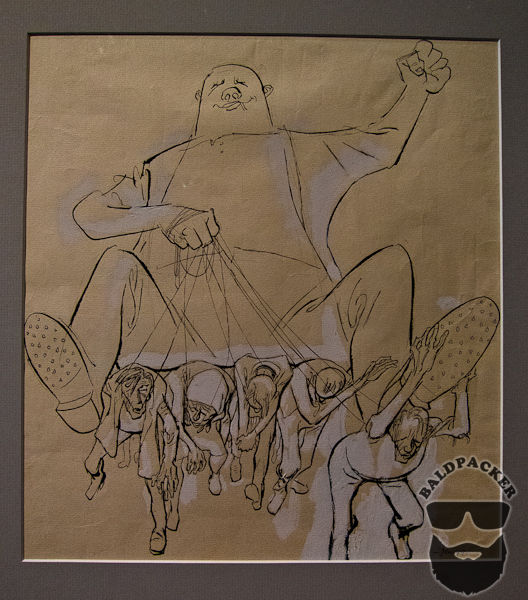 Artist’s Interpretation of the Corruption in Communism

At the end of World War II, the Allied powers divided Germany into four zones, each occupied by either the United States, Great Britain, France, or the Soviet Union. The same was done with Germany’s capital city at the time, Berlin.

As the relationship between the Soviet Union and the other three Allied powers quickly disintegrated, the cooperative atmosphere of the occupation of Germany turned competitive and aggressive. Although an eventual reunification of Germany had been intended, the new relationship between the Allied powers turned Germany into West versus East, or Democracy vs. Communism.

In 1949,  the three zones occupied by the United States, Great Britain, and France combined to form West Germany, or the Federal Republic of Germany, and the zone occupied by the Soviet Union formed East Germany, the German Democratic Republic. The same division into West and East occurred in Berlin. Since the city of Berlin had been situated entirely within the Soviet zone of occupation, West Berlin became an “island of democracy” within Communist East Germany.

As time went on, living conditions in West Germany and East Germany became very different. In West Germany, the occupying powers set up a capitalist society and experienced rapid growth in their economy. This was partially in thanks to the “Marshall Plan”, which infused capital into the German economy, but had been rejected by the Soviet occupiers in East Germany. With hard work, people in West Germany were able to live well, buy gadgets and appliances, and travel as they wished. 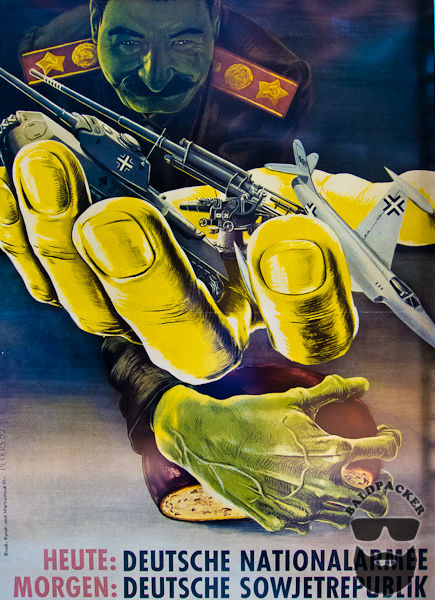 On the evening of August 12, 1961, the Soviets began constructing the Berlin wall, using barbed wire and concrete. They also cut the telephone lines between West and East Berlin and began restricting travel of East Berliners into West Germany. The Berlin Wall divided friends and families, and stretched for hundreds of miles. Thousands tried to escape East Berlin into West Berlin over, under, or through the wall, with many dying in the process.

With the communist regimes in Poland, Hungary, and Czechoslovakia faltering, East Germany finally announced that permanent re-locations could be done through the border checkpoints between the GDR (East Germany) into the FRG (West Germany) or West Berlin. This occurred November 9, 1989, and the wall quickly fell thereafter with an impromptu celebration amongst Berliners.

Interestingly, as I learned in business school, and to show the efficiency of capitalism (for good or for worse), Coca-Cola was ready for the wall to fall and quickly sent trucks into East Germany to distribute free Coca-Cola products, securing much of the beverage market to this day. East and West Germany finally reunified into a single German state on October 3, 1990, of which the capital is once again Berlin. The story of West vs. East Germany is clearly a very interesting one, and it is very well explained in the Haus der Geschichte Museum, making the museum well worth a visit. Although I did not explore much else of Bonn, it was worth the trip just to better understand the history of West Germany vs East Germany.

← 3 Weeks in West Germany: Aachen
Why Cologne’s Carnival is one of the World’s Best Carnival Celebrations →