Going on a safari game drive in Chobe National Park was definitely the highlight of my short visit to Botswana.

I visited Chobe Park as part of a Drifters overland tour back in August 2007. From South Africa, we drove to Nata, in NW Botswana, where we camped for the night. Watching the arid untouched terrain pass by out our 4×4 truck’s window was strangely therapeutic and it made me think of the flat farmlands of central Canada.

Chobe National Park is located in Northern Botswana and borders Namibia, Zambia, and Zimbabwe. Chobe became Botswana’s first national park in 1967 and is now the third largest in Botswana.

What makes Chobe Park special for me is was how vast and flat it was. The views are majestic and, as shown in my photos, there is often wildlife in the foreground and background. 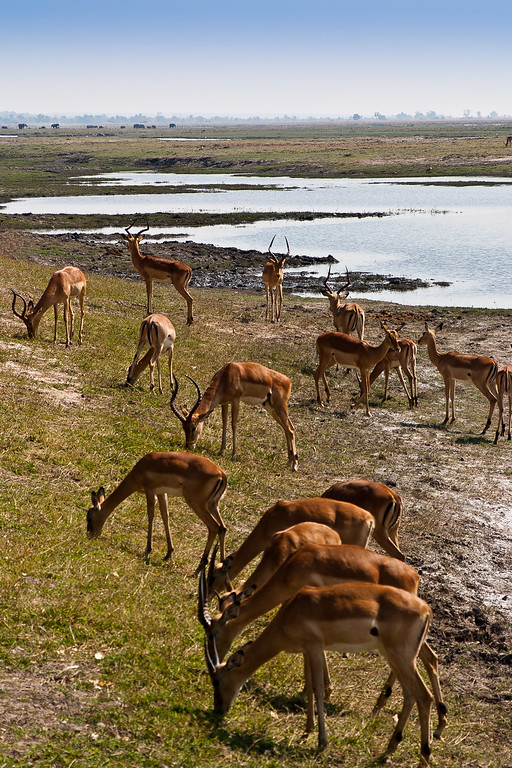 It is estimated there are as many as 120,000 elephants in Chobe, which may be more than the park can sustain. If you haven’t seen elephants in the wild you may not realize how destructive they can be. They need to eat A LOT and they use their trunks, tusks, and huge size to rip down trees, dig into the earth, and generally make a huge mess finding the most delicious foliage. Botswana has considered culling Chobe’s elephant population but as far as I’m aware they still haven’t done so, even though populations continue to grow at approximately 5% per year. 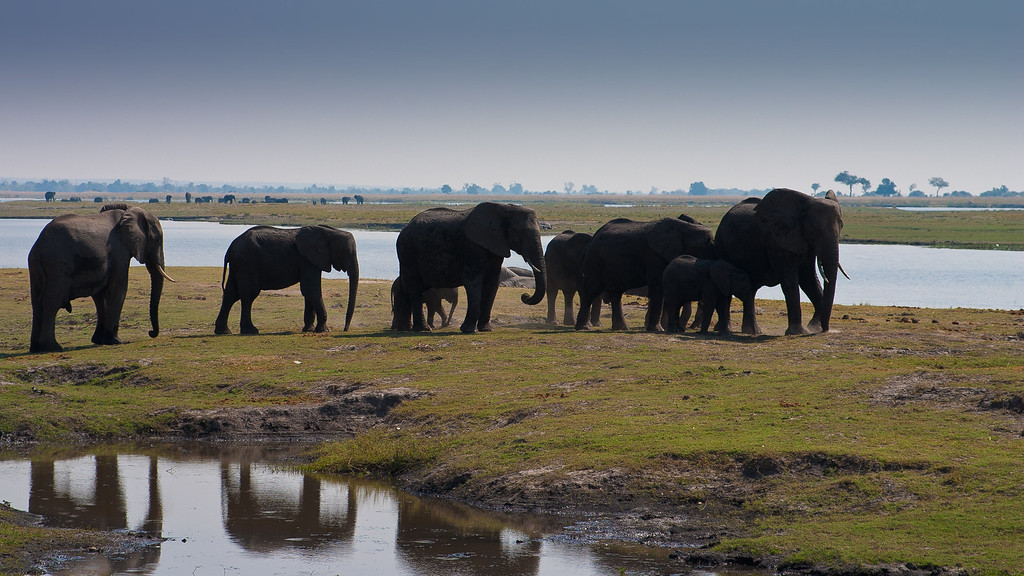 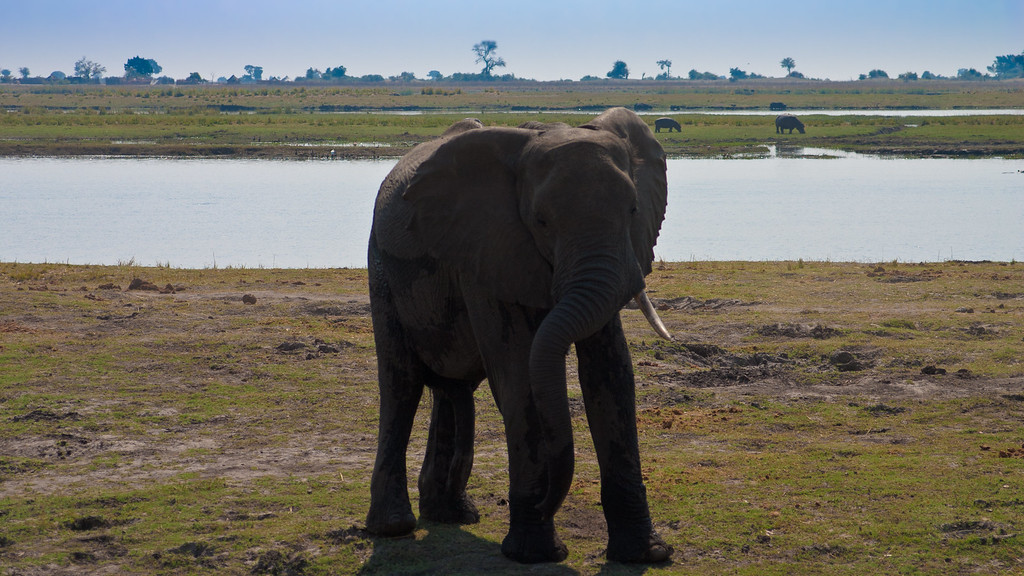 Kalahari Elephant with Hippos in Background 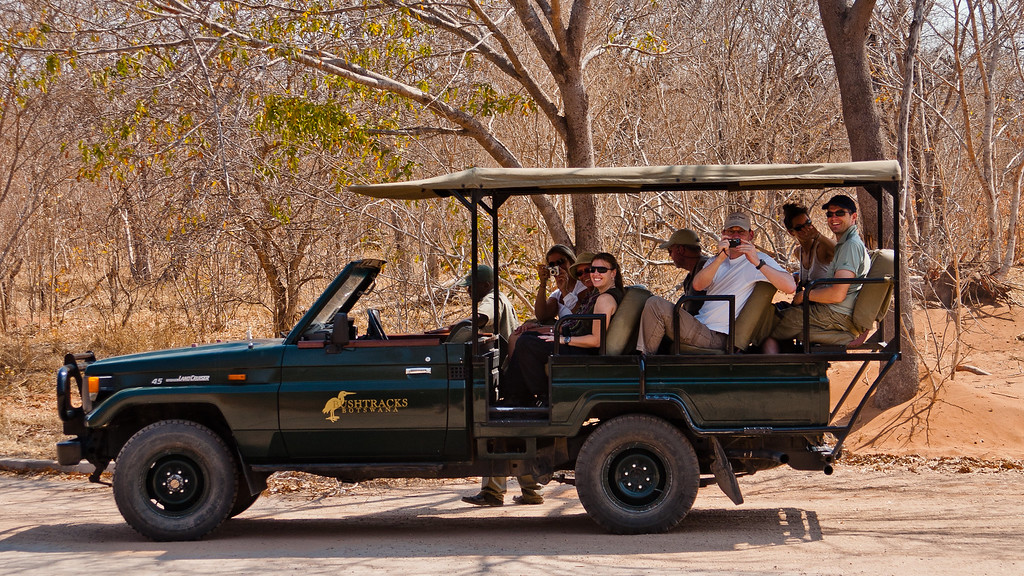 The wildlife in Chobe Park did not seem afraid of humans and vehicles, likely due to the fact they are unlikely to be hunted in the National Park. On several occasions wildlife even ran by our safari truck, like the herd of sable and giraffe shown below. 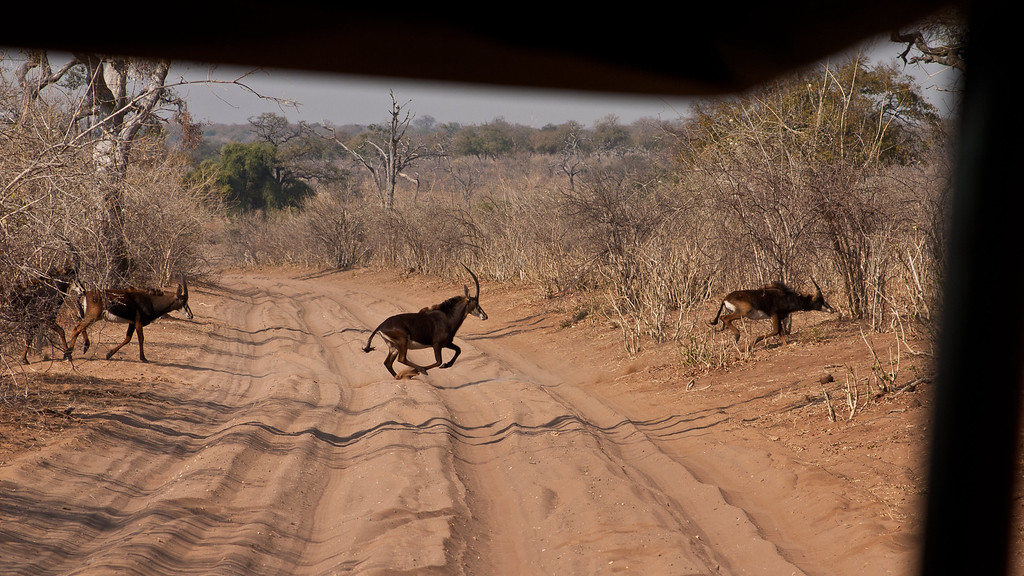 Back in 2007, I was only 23 years old and digital photography was still relatively new. All I could afford at the time was a 6.3 megapixel Canon Rebel with a basic kit lens. Even though the mid-day light conditions were harsh, I still captured some wonderful photos of springbok, sables, kudu, giraffes, vultures, zebra, and baboons. 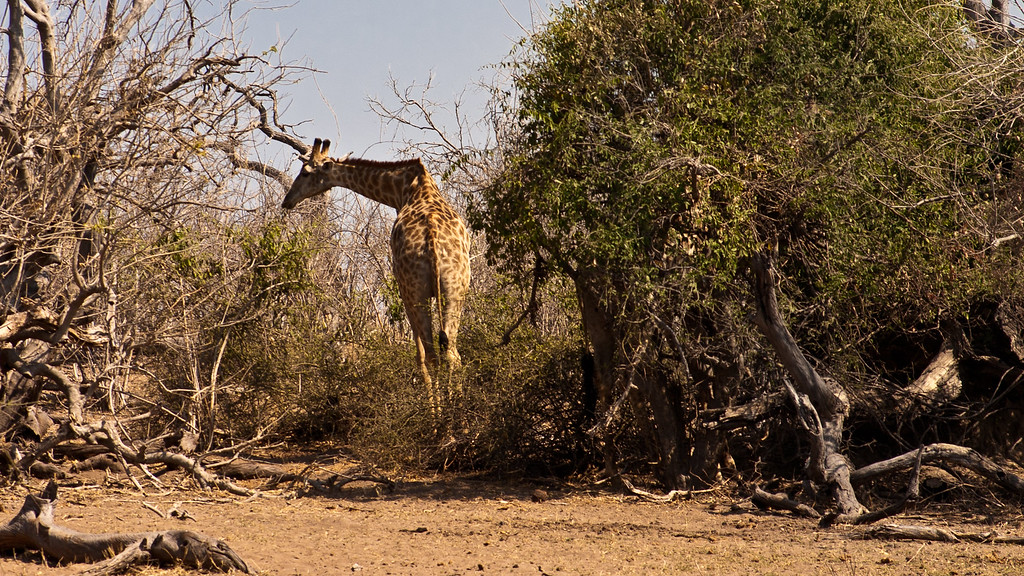 While on my game drive the harsh mid-day sun and dry conditions really made the colours mute. Since my photography interest began with developing and printing black and white film in a darkroom, I wanted to play with black and white effects in the digital lightroom. I especially like the below three photos in B&W.

Zeal of Zebras Giving Me Attitude

If you love elephants, a game drive through Chobe National Park is a must. While we did not see any exciting predators (lions, leopards, cheetahs, etc.) the shear quantity of wildlife and beautiful open scenery made the game drive extremely enjoyable for me.