A Guiri in Gibraltar

Gibraltar has always intrigued me. It is a British Territory only six square kilometers in size on the southern end of the Iberian Peninsula. The Rock of Gibraltar is a landmark of the region and easy to see from Spain. Incredibly, almost 30,000 people live in the small area making it one of the most densely populated territories in the world. 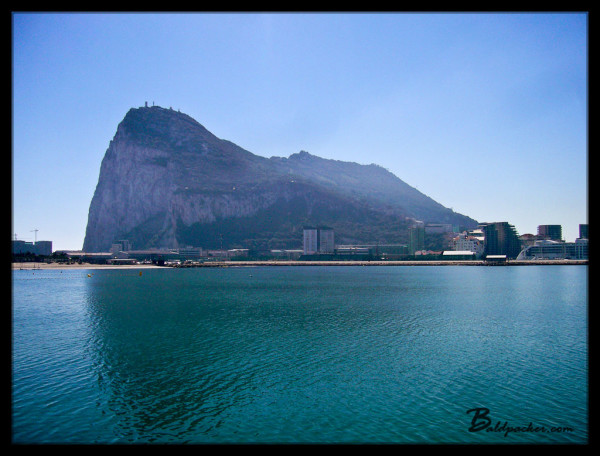 The Rock of Gibraltar

My buddy Frank, a long-time traveler I idolize, was good enough to drive us to Gibraltar from Manilva. To get to Gibraltar from Spain you need to go through La Linea de la Concepcion on the Spanish side of the border. We parked there and walked into Gibraltar across the runway (which closes to pedestrians and traffic when planes are going to land). To cross the border in and out we simply had to show our passports to the border patrol – no stamps or serious reviews were done. 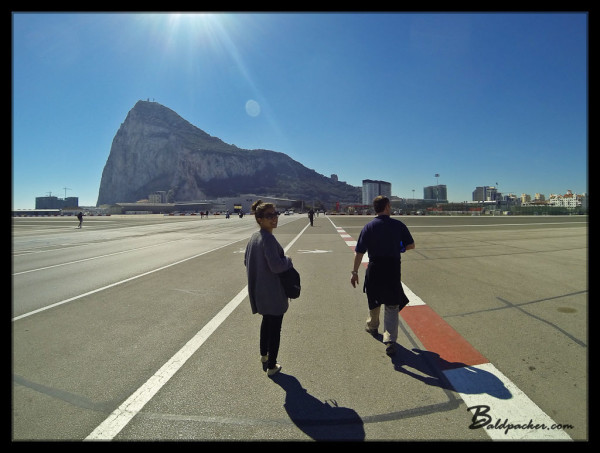 Walking across the Airport Runway into Gibraltar

Gibraltar was captured from Spain in 1704 during the War of the Spanish Succession and subsequently ceded to Britain in perpetuity under the Treaty of Utrecht in 1713. Although Spain tried to take Gibraltar back militarily in the early 18th century it has now tried to do so through peaceful means. Gibraltarians have rejected any union with Spain and the British Government has said that it would never enter into an agreement unless the Government of Gibraltar or its people wanted such a union to occur. There have been a number of disputes over the years and all sorts of political posturing but to this day Gibraltar remains a British Territory. 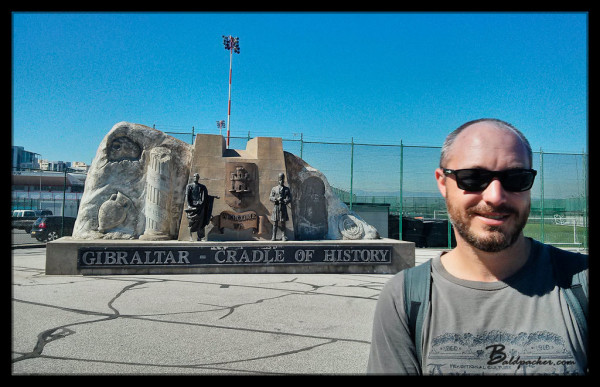 Arriving in Gibraltar was anti-climatic. The streets were filled with traffic and it seemed like there was construction happening everywhere. I imagine with Gibraltar’s high population density things always feel a little hectic. Gibraltar does have a unique history but it seems like most tourists are there for the duty free shopping. In fact, we saw a number of Spanish gypsies loading up on alcohol and tobacco to presumably take across the border and sell in Spain for a profit.

The main tourist attractions are going to the top of The Rock to see the Barbary Macaques (monkeys) and the caves and tunnels dug throughout The Rock to support military defenses. Of course, given we were in a British Territory, we needed to stop for a pint of British Bitter at a British Pub, of which there are no shortages of in Gibraltar. The sun was shining and I realized that British beer tastes far better in sunny Gibraltar than it does in rainy England. We were not sure if our Euros would be accepted in Gibraltar since Gibraltar has its own special Pound notes, but it seems like tourism and good business sense have made most companies allow for payment in both currencies so there is likely no need to change money if you’re only visiting for a day.

We had planned to take the Cable Car to the Top of the Rock but changed our minds when we saw the price of tickets. There are a number of taxi tours touting their services seemingly everywhere but the trip just didn’t seem worth the journey. 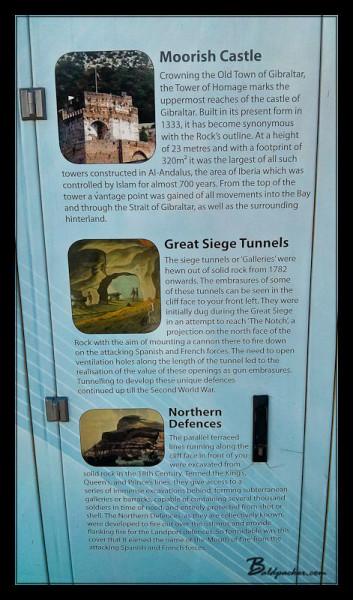 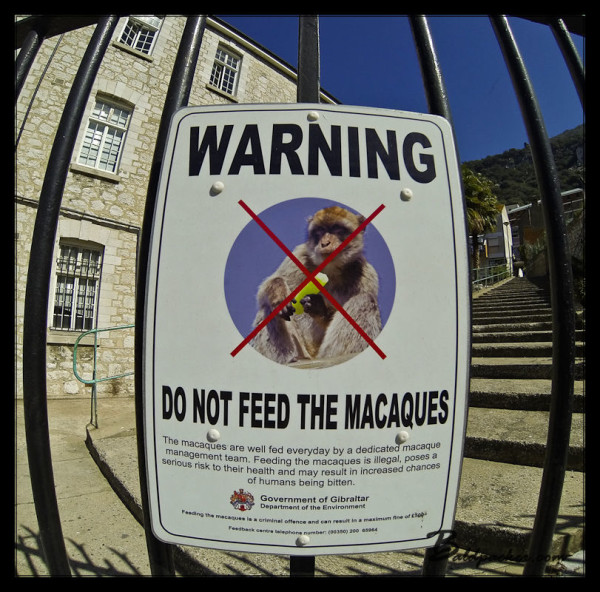 Macaques Monkeys – who apparently have their own Management Team.

The highlight of Gibraltar for me was actually a ridiculous parking regulation. I have always found a number of UK laws and regulations to be strange or silly but this one was just funny. For some unknown reason, half of the parking lot around the cable car closes for two hours once a month. It seems like some sort of cruel joke put on by the authorities to pocket a little extra beer money. Since we conveniently visited at 2pm on the 2nd Wednesday of the month, we saw the chaos in action. There were half a dozen parking officers, a tow truck, and a number of cars with clamps. Not a good day to park in Gibraltar! 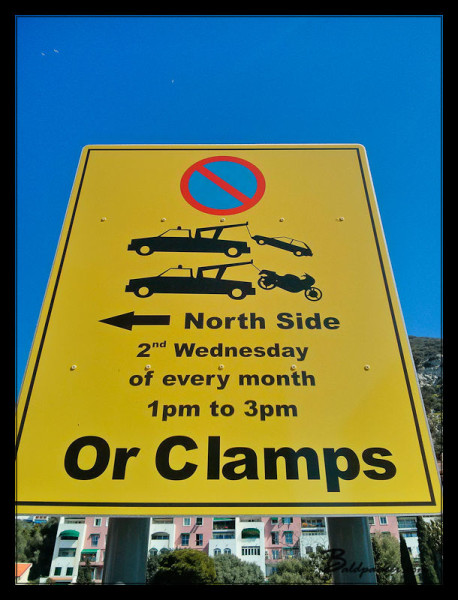 Most Ridiculous Parking Rule Ever? 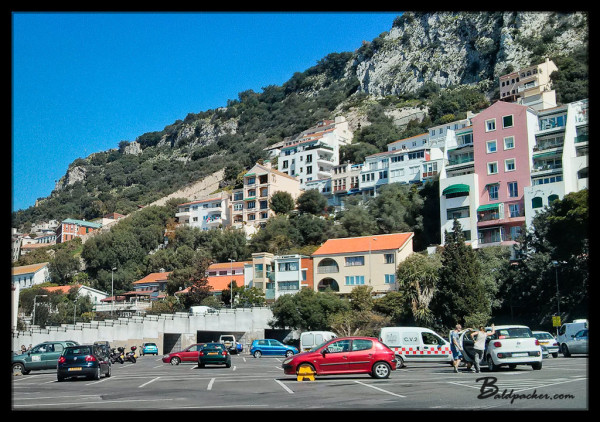 Muahaha, Look at all the Suckers Buying the Parking Patrol Beers!

I am happy I saw The Rock of Gibraltar but a few hours was enough. I am sure exploring the caves and seeing the monkeys would have been interesting but after a quick pint of British bitter I was looking forward to exiting the land of fish and chips for lunch in Spain!

← Spain: Frigiliana to Nerja on the Great Malaga Path
Day Trip from Malaga to Ronda and Marbella →