Day Trip from Malaga to Ronda and Marbella

Malaga offered me a great “home base” for working remotely and exploring Andalusia as it is a hub for a lot of bus and train routes throughout the region. Unfortunately, Ronda remains somewhat difficult and expensive to access by bus (though it is possible) so I was very happy when my buddy Frank offered to pick us up in Malaga and drive us back to his place in Manilva via Ronda and Marbella. Ronda is around 100 kilometers west of Malaga and is best known for Puente Nuevo, a large bridge over the gorge (el Tajo). 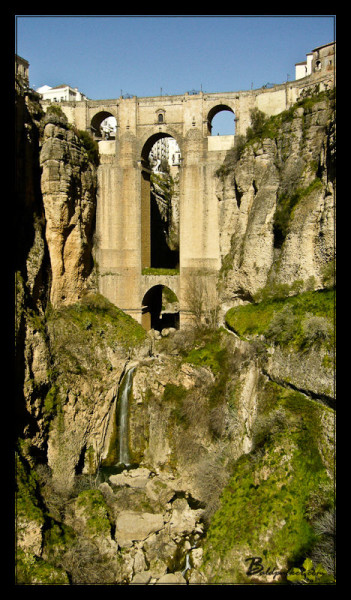 Andalusia is filled with beautiful mountains, farms, and villages which made the drive to Ronda very enjoyable. Spain has excellent motorways which makes driving relatively easy, though I was happy Frank was behind the wheel so I could spend the trip gazing out the window at the spectacular scenery.

Upon arrival in Ronda we parked the car in a parkade and sought out a cold beer in Plaza del Socorro. The last time I had seen Frank was in Nicaragua and fittingly the buildings in Plaza del Socorro reminded me of those we saw in Granada, Nicaragua. After our refreshing beer we walked past the Plaza del Toros to a spectacular viewing platform. 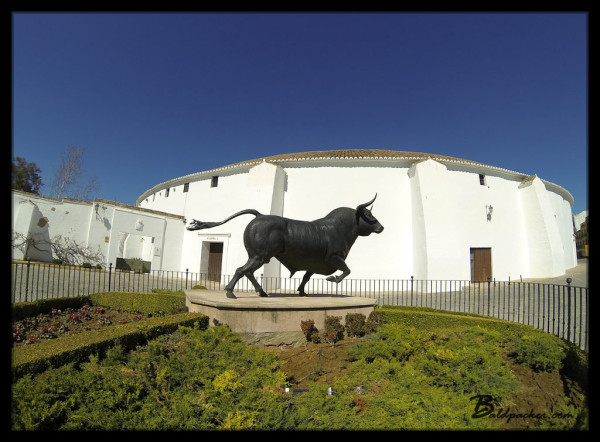 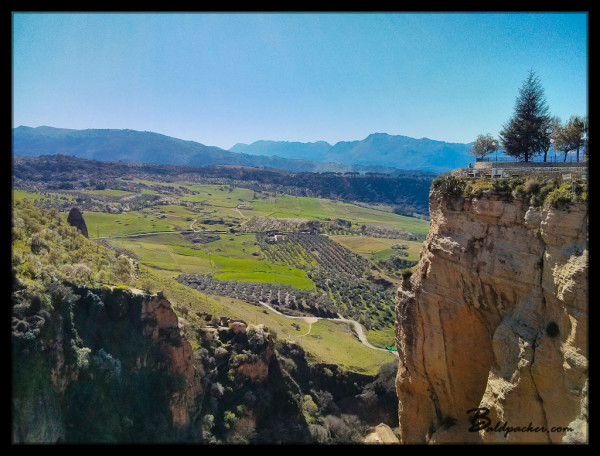 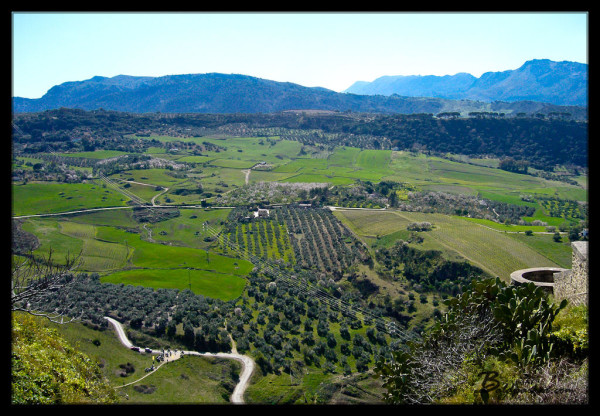 From the view point, it is only a short walk along the cliff’s edge to see the spectacular Puente Nuevo bridge. The height of the bridge from top to bottom is approximately 120 meters (390 feet), or around the height of a 30 story building. Although Puento Nuevo means “new bridge”, it was actually built in the 18th century and took 42 years to build (1751-1793), claiming fifty workers’ lives in the process. The chamber above the central arch was used for a variety of purposes, including that of a prison. It is claimed that during the Spanish Civil War both sides used the prison as a torture chamber, sometimes throwing prisoners to their death in El Tajo gorge below. Apparently the building now holds an exhibition describing the bridge’s history and construction but unfortunately we were unaware of this and missed out. 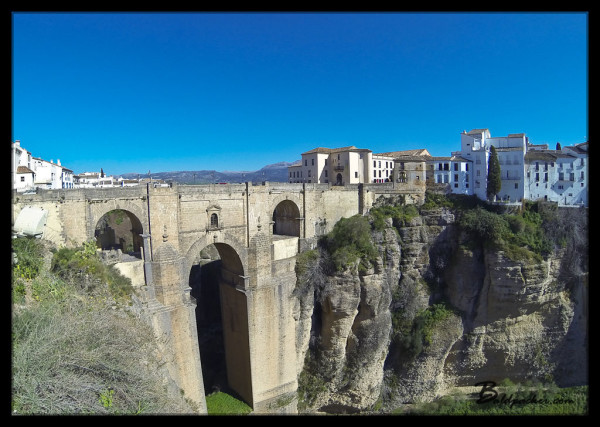 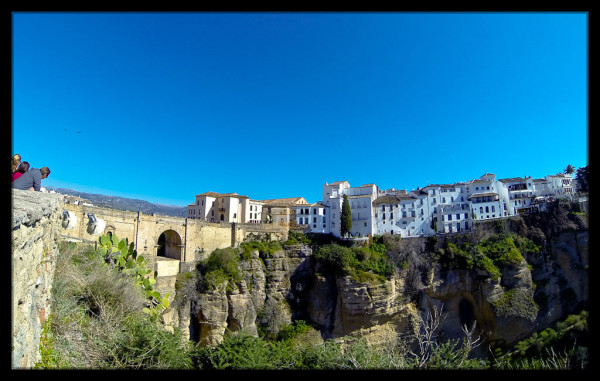 Since the bridge is Ronda’s main tourist attraction the streets in the surrounding area are filled with shops, museums, and exhibitions targeting tourists. We enjoyed walking through the town looking at the houses, churches, shops, and architecture before making our way down the trail to the river in El Tajo gorge for better views of Puente Nuevo. 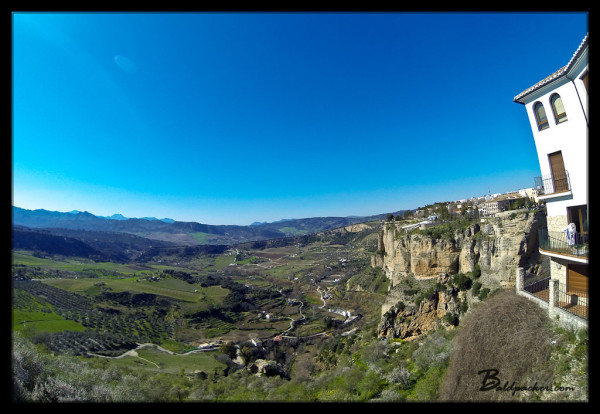 Puente Nuevo is definitely spectacular, and far more impressive in person than in photographs, but I would not recommend you go too far out of your way to see it. If you have a car and are in the area it makes for a great day trip but I’m not sure I could justify 4 hours and 20 Euros for a bus ride to see it.

After a few hours in Ronda we were satisfied we had seen the main attractions and continued our day trip by driving to Marbella for an early (by Spanish standards) dinner. Marbella has a great history and the ancient walled city retains much of its 16th century layout even though it has become a big cosmopolitan city popular with tourists. After wandering Marbella’s beautiful narrow streets we went to the Marbella Patio restaurant.

Restaurante Marbella Patio is in the old town and designed to showcase the 16th century palace it is built on to. The outdoor patio area is enclosed with glass so it is possible to enjoy the ruins from the 1500s and natural light while staying sheltered from the elements inside. Marbella Patio must be one of the best restaurants in Marbella as the food was delicious, the staff were friendly and helpful, and the atmosphere was great. Marbella Patio is a very nice restaurant and in my opinion well worth the money to enjoy a proper Spanish meal. For backpackers on a tight budget, the owners told me they are opening a bar across the street from the restaurant for more casual tapas and drinks. After enjoying dinner at Marbella Patio so much, I’d definitely like to return to Marbella to try out their new bar one day.

Full from dinner and satisfied with our day we drove on to Frank’s place in Manilva for the night to rest up for our next days’ trip to Gibraltar.

← A Guiri in Gibraltar
Traveling to Africa Without Leaving the EU: Melilla →