Traveling to Africa Without Leaving the EU: Melilla

I only recently learned that two cities on mainland Africa, Ceuta and Melilla, continue to belong to Spain, though Morocco claims the lands belong to Morocco and are thus occupied territories. I always thought it would be cool to visit one of them, just for the heck of it, so during my month in Malaga I did a day trip to Melilla. Round trip flights from Malaga to Melilla only cost 80 Euros with Air Nostrum and it ended up being a very worthwhile day trip. 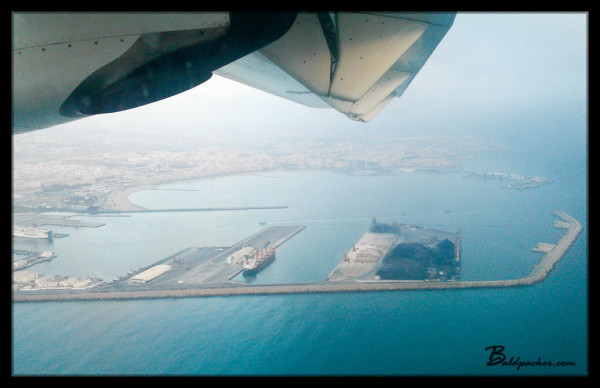 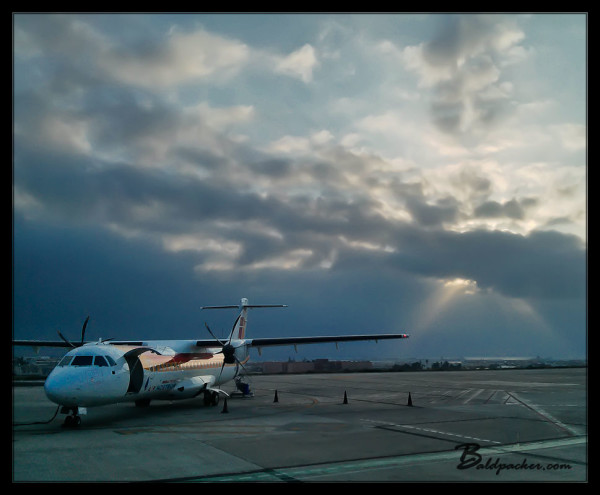 My Plane to Melilla and the Rising Sun

Since Melilla is part of Spain, there was no customs control upon my departure from Malaga, but I did need to show my passport before boarding the flight as border control is very strict on returning to mainland Spain from Melilla given the number of illegal immigrants who try to cross into Europe through Morocco.

Melilla is only 12.3 square kilometers so I planned to spend my day walking around, exploring the city, and getting a feel for Spain in Africa. 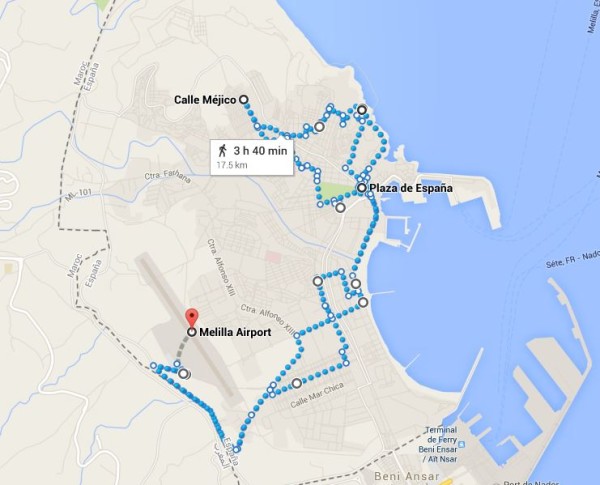 Rough Map of My Day in Melilla

I arrived early in the morning and set course for the coast where I quickly found the beach. The beach was by no means pristine but there was a bar, basketball court, and exercise equipment and I saw a number of people out enjoying a morning walk or run. 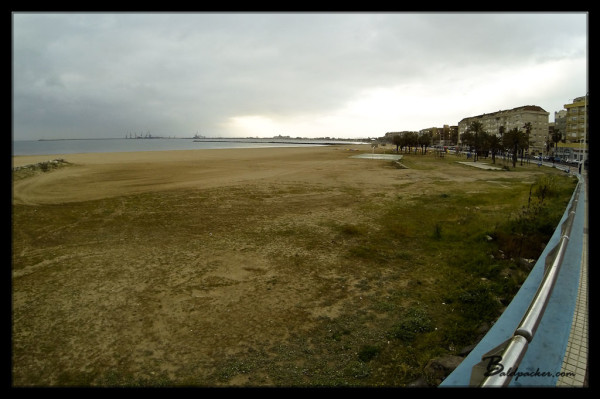 I next reached Plaza de Espana which is surrounded by beautiful old monumental buildings including the Casino Militar, Bank of Spain, and a beautiful fountain in the center. 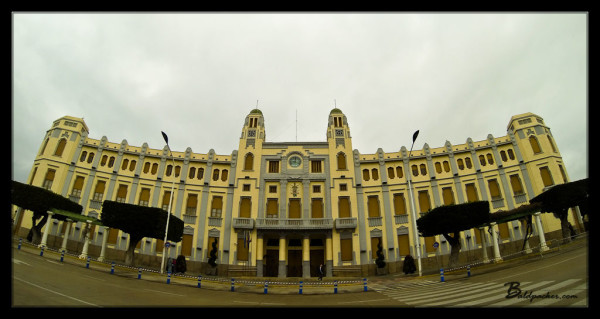 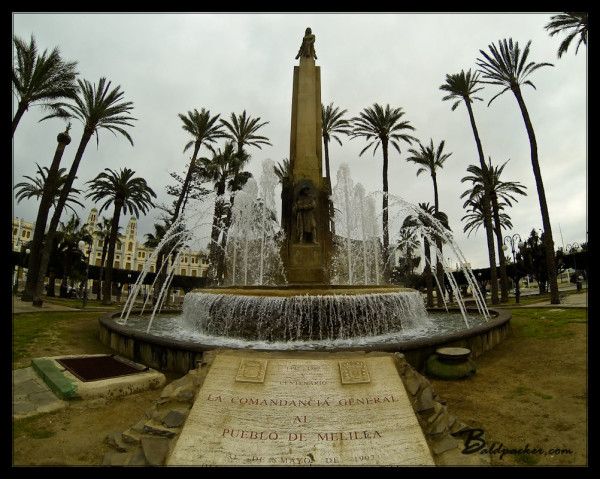 From Plaza de Espana I continued walking to Melilla la Vieja, a spectacular fortress that is also the main tourist attraction in the city. The fortress was built in the 16th and 17th centuries and has subsequently been restored. I was happy that I could access and explore most of Melilla la Vieja for free. Even early in the morning, a number of the access gates were open so I could walk around exploring. The fortress contains a number of Melilla’s most important historical sites, including military and archaeological museums, the Church of Concepcion, and caves and tunnels, but I focused on simply enjoying being the only person out exploring such spectacular surroundings. 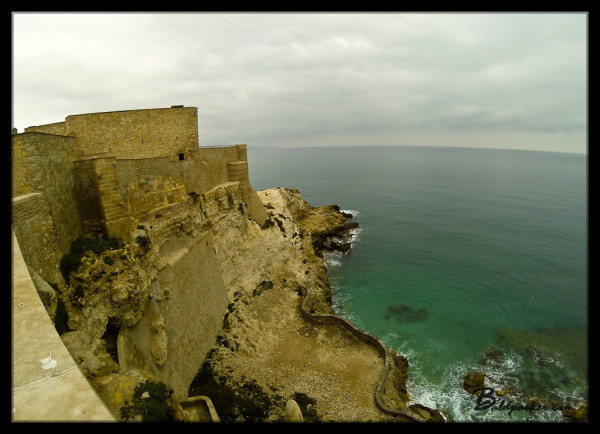 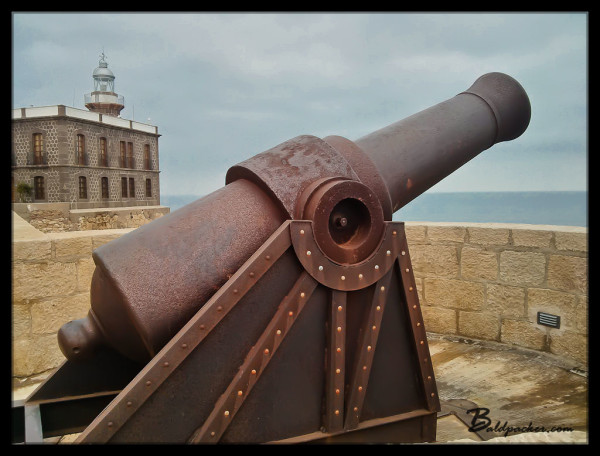 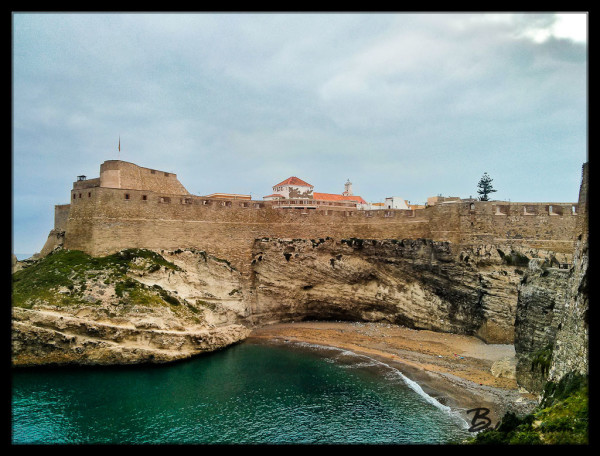 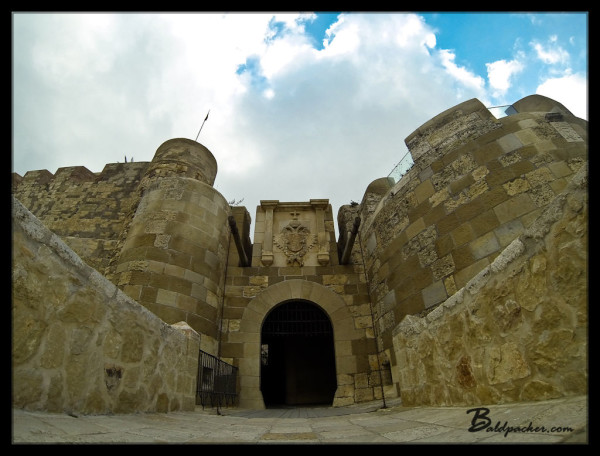 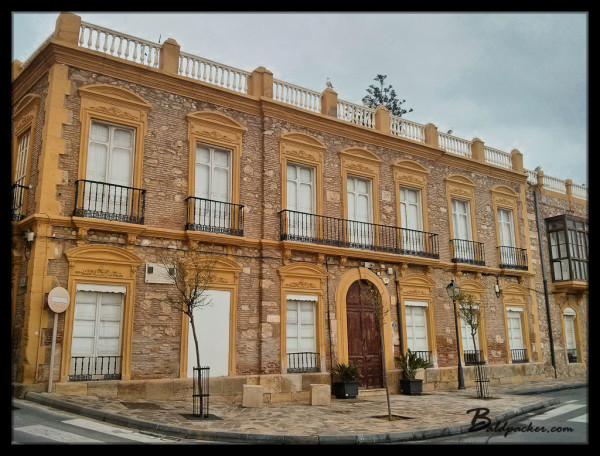 As I continued exploring Melilla la Vieja dozens of people dressed in military uniforms entered the area and I realized that there was a big event planned within the fortress for later that day. Disappointed I no longer had the entire fortress to myself, but curious as to what was planned for later, I continued to explore Melilla with the plan to return to the fortress in the afternoon.

I set out in search of a barbershop to have my haircut. I’ll never forget my haircut and first straight-blade shave in Morocco as the barber took far more care and attention than I was used to receiving in Canada, for a great price, and I hoped to receive the same quality of service in Melilla. As I walked I found myself in an area that was far more Moroccan in nature than Spanish; the streets were filled with people, street hawkers were selling fish, snails, strawberries, and asparagus out of buckets on the street, and I heard Riffian-Berber rather than Spanish. Melilla’s population of nearly 80,000 is predominantly made up of ethnic Spaniards, ethnic Riffian Berbers, and a small number of Sephardic Jews. From my limited time in the city, it seemed like the Berbers lived in the NW of Melilla, and that is where I had my hair cut for only 5 Euros. 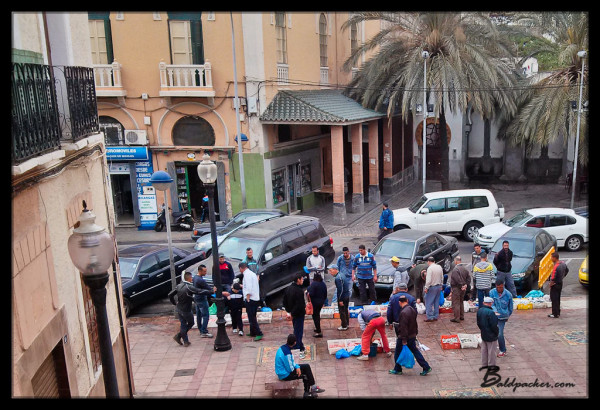 Having accomplished my main task of the day (getting my hair cut), I returned to Melilla la Vieja to see if the event had started. While walking back, I found out the event was a 75km mountain bike / 50km run-walk race called La Africana , run by the Legion in Melilla, which explained the military presence at the fortress that morning. There were thousands of people in the streets and I could tell that La Africana is a big event in Melilla. I pulled up a stool at a restaurant near the start / finish line to enjoy a few tapas and a couple beers.

The Spanish Legion is an elite unit of the Spanish Army and is used as a Rapid Reaction Force. The Spanish Legion’s original purpose was to fight Spain’s colonial campaigns in North Africa with its first major campaign being a rebellion in the protectorate of Spanish Morocco.  In 1956, Morocco gained independence but the legion continues to exist in the remaining Spanish enclaves of Ceuta and Melilla. A unique part of the Spanish Legion compared to other military is their Sage green tropical uniform and the fact they can have beards. I also thought it was cool that their mascot was a goat which they had, dressed in uniform, for the event! 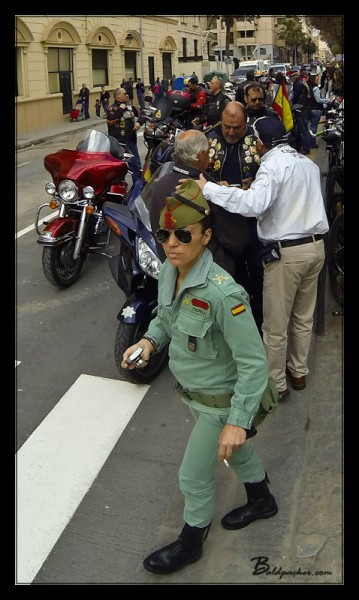 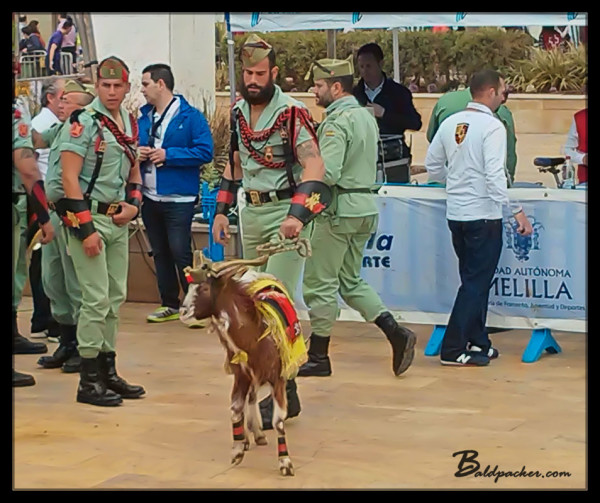 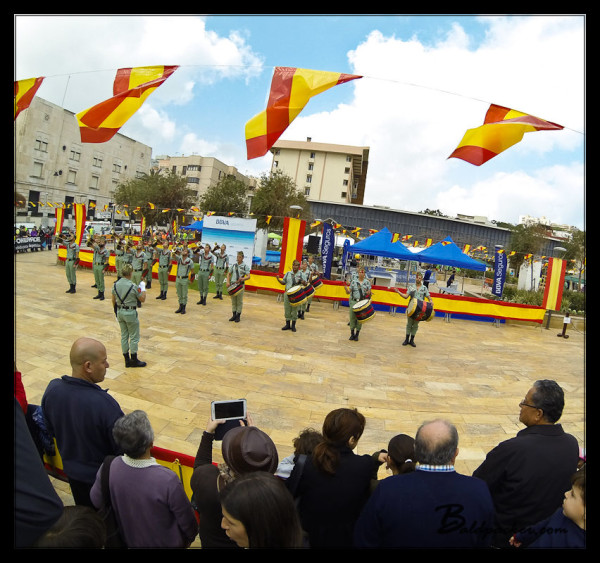 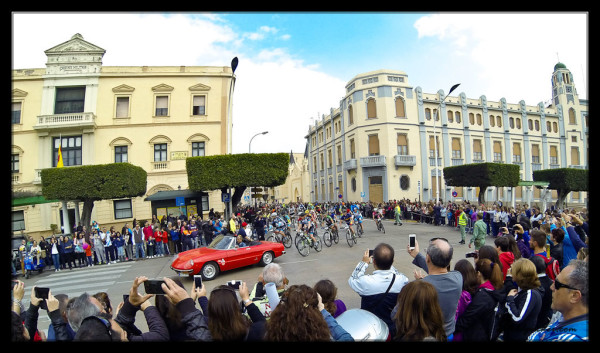 After watching the start of the race, which featured the motorcycle club revving their bikes as loudly as possible and a military helicopter hovering from above, I began my walk back to the airport, stopping at a restaurant for a quick lunch. I still had several hours before my flight so I took my time and walked through a number of Melilla’s beautiful parks. I also walked a lot of the race course, including the stretch along the high double fence separating Melilla from Morocco. 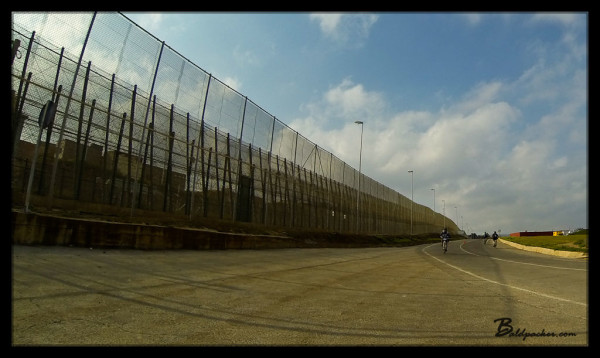 Although I only had a day in Melilla I was happy to return to the airport and return to Malaga. I am sure I walked at least 20 kilometers and, given Melilla’s small size, I saw all that I wanted to see.  I am sure there is a lot more interesting history and cultural nuance in Melilla that I could never understand in such a short visit but I think for most people a day trip is enough. I am really happy that I happened to visit Melilla the day La Africana was scheduled; if I ever do return to Melilla, it will probably be to participate in the race!

← Day Trip from Malaga to Ronda and Marbella
Two Days in Bilbao, Spain →