I had originally planned to spend three days in Dublin, but because I spent an extra day in Belfast (due to having such a great time there) I only had a weekend. I took a bus from Belfast to Dublin and it was a surprisingly cheap and easy to cross the border from Northern Ireland to the Republic of Ireland. Dublin is a big city with a lot to do so I had to make the most of my weekend. After checking in to the Four Courts Hostel, a rather large and commercial hostel with a good location, I made my way to the Guinness Brewery…priorities!! 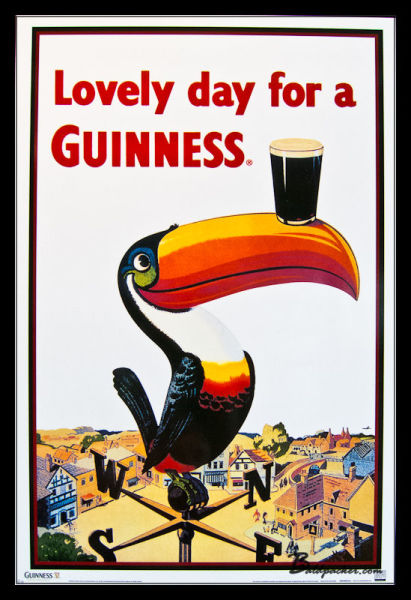 Every Day is a Lovely Day at the Guinness Brewery

The Guinness Brewery tour was probably the best brewery tour I have done. It is set-up to accommodate the hordes of tourists that visit and allows you to wander through the exhibits and galleries at your own pace. They have exhibits describing the brewing process, the history of the company, the advertisements and mascots over the years, and how the company has expanded internationally. For me, the most interesting display was the 9,000 year lease, showcased under glass in the floor of the main foyer, which Arthur Guinness signed in 1759 to provide for use of the St. James Gate Brewery for only £45 per annum! Of course, the highlight of the tour for most people is the last stop, a tasting room with a 360 degree view over Dublin. As an avid fan of Guinness, I must say that the most delicious pint of Guinness I have had was in that tasting room, and the view just added to the experience, making it well worth the visit! 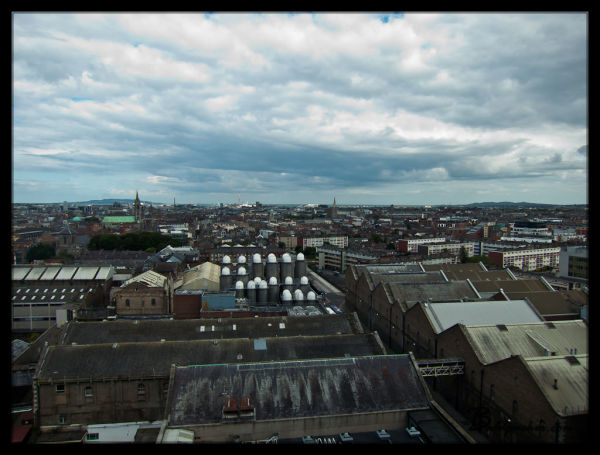 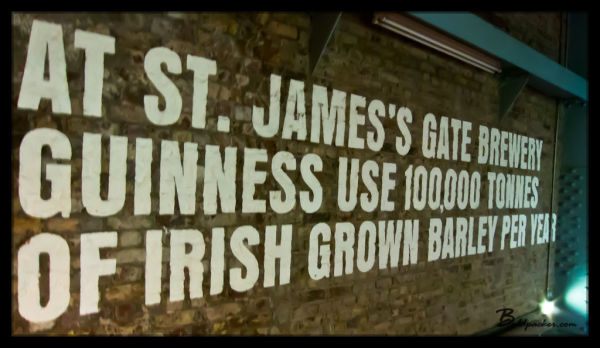 Guinness – Made in Ireland

Upon returning to the hostel that evening, I met an American guy from Colorado and a Canadian girl from Winnipeg who were interested in joining me to watch the opening ceremony for the Olympics. We found a large venue with big screens showing the ceremony and enjoyed dinner and drinks while betting each other on which country’s team would be announced next. I figured that after all of my travels and excellent knowledge of geography I would do quite well, but lots of nations with one or two member teams surprised me and I ended up buying a few pints for the table! It was an excellent first day in Dublin but I was already getting excited for my next destination, London, for the 2012 Olympic Games.

I knew I had to maximize my second and sadly last day in Dublin so I sought out a free walking tour that was being advertised at the hostel. The tour was Sandeman’s New Dublin Walking Tours and it was excellent. There were a very large number of tourists at the initial meeting point and the guides quickly divided us into groups so they could begin the tours. The guides are all volunteers who work for tips and it sounded like most of them were University students who were majoring in history. Our guide’s name was Eleanor and she was excellent. 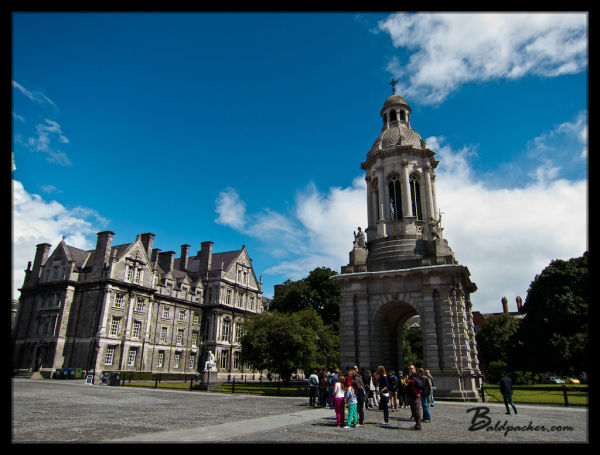 Over the course of the three hour tour, I saw or had the history of many of Dublin’s main tourist sites explained to me, including: 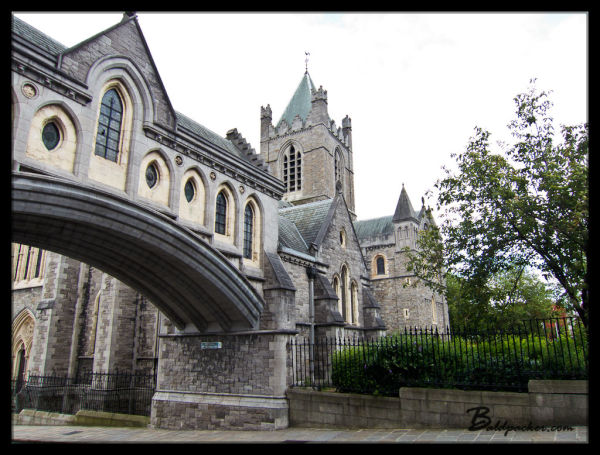 I would highly recommend the Sandeman’s Free Walking Tours (5-10€ tips are suggested if you enjoy yourself) as reviews of all the guides tend to be excellent and everyone talks about how well and enthusiastically the information and history is conveyed. I was engaged throughout the tour and learned a lot about Dublin and Celtic History. The tour ended at a pub and quite a few other tour-goers stopped for a pint and to share travel stories. Due to my limited time, I made my way back to the Trinity College Dublin with the intention of seeing the Book of Kells.

Unfortunately, admission to the Old Library building costs 10€ and the library closes early (either 16:30 or 17:00 depending on the day). Since I arrived 15 minutes before closing time I decided it was not worth the cost of admission just to see an old book! Instead, I just wandered around Dublin, trying to get a feel for the city, until it was too cold and dark for me to enjoy anymore sightseeing.

My visit to Dublin was short but I was still somewhat disappointed in the city. I did not expect Dublin to be so touristic and disliked how difficult it was to find a decent pub meal for a reasonable price and it became clear that few locals dined. Given that I was only in Dublin for a couple of days I am not yet ready to pass final judgement on the city and I do plan to give it another chance in the future and at least I can say I have tried a pint of Guinness at the James’s Gate Brewery. I have heard Gallaway and Cork do not cater to tourism quite as much as Dublin so next time I will also try to visit those cities with the hopes of getting a more genuine feel for the Republic of Ireland.