As a huge James Bond fan, I have always wanted to visit Monaco. The beautiful Monte Carlo Casino is featured in both Never Say Never Again and Golden Eye. Sadly, during my visit, I did not meet Sean Connery nor Xena Onatopp, but I still thoroughly enjoyed seeing the monetary excess that has made Monaco so famous. 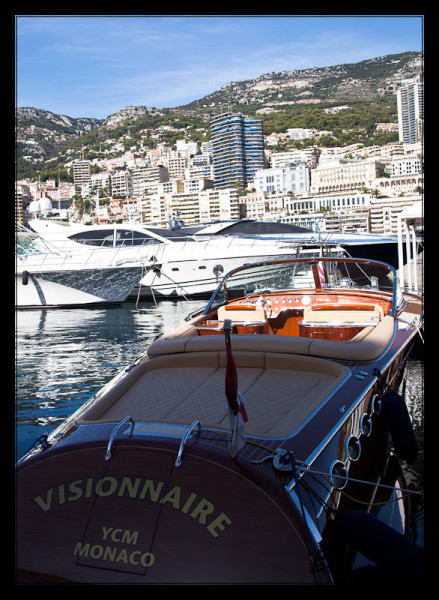 Since I do not have “Monaco Money” I visited Monaco on a day trip from Nice, with my friend Liz who I was traveling with at the time. Monaco is only 1.95 square kilometers in size making it the second smallest independent state in the world (after Vatican City) and also the world’s most densely populated independent country. Monaco is divided into four separated government districts including Monaco-Ville (old city), Condamine (port area), Monte-Carlo (where the famous casino is), and Fotvieielle (home of a smaller second port).

The majority of our time was spent in Monte Carlo and Monaco Villie, as these are the areas where the main tourist attractions are. We were unable to enter the Old Casino in Monte Carlo as the dress code is extremely strict (coats and ties for men) and my usual backpacking shorts and flip flops were not going to cut it. It was still great to see the casino from outside though, including the millions of dollars of cars parked in the red roped valet parking are in front of the entrance.

Despite Monaco’s small stature, there are quite a few things to see. The most obvious site is Port Hercule, which is filled with billions of dollars worth in yachts. This is definitely where the world’s playboys hang out!

Above the harbour is the Palais Princier (Prince’s Palace) which offers breathtaking panoramic views overlooking Monte Carlo and the port. 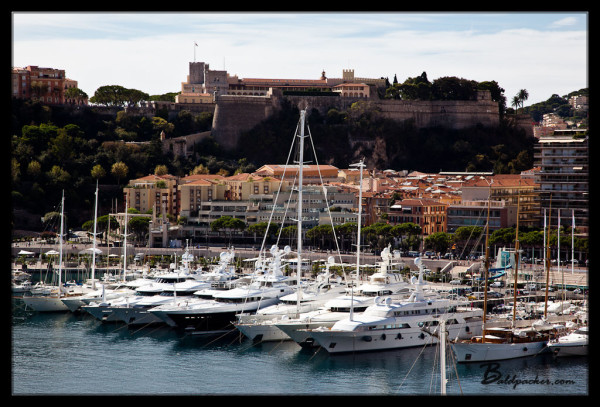 Monaco’s Formula 1 Grand Prix is also world renowned given that the race takes place on Monaco’s narrow and twisted streets. As an F1 enthusiast I loved being able to walk the streets used for the race track each year. 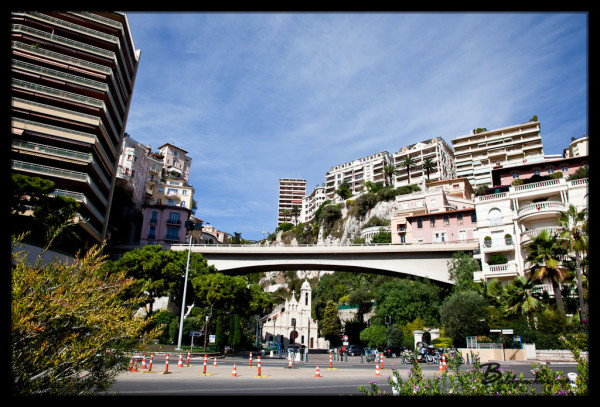 A Familiar Site for F1 Fans!

Monaco is honestly a surreal place to  be. I cannot think of anywhere in the world like it given the number of millionaires and billionaires who call this Mediterranean tax haven home. I thoroughly enjoyed seeing the country once, but do not expect I will ever seek to spend any length of time in the area given its high costs and dense population.