One of the things I love most about the Spanish is how much food and social dining influences their lifestyle. While I was staying in Valladolid, someone suggested that we go for suckling lamb (lechazo) or suckling pig (cochinillo) for a nice meal on the weekend. After that suggestion was made, where to go and what to eat became the week’s largest topic of debate. As one of our friends lives in a small village near Peñafiel, it was the preferred village to go to for the meal. The big debate was caused by the fact that Peñafiel is known for lechazo, not cochinillo, but that some people preferred cochinillo to lechazo. I listened for several days as my Spanish friends debated what to do and could not help but find the humour as to just how serious of an issue this was! I was happy when it was finally decided that we would go to Peñafiel to enjoy lechazo and my mouth watered for several days after hearing so much about just how amazing lechazo is in Peñafiel. 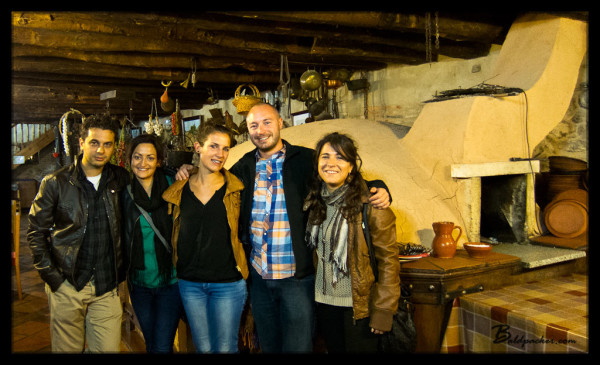 We made reservations at Molino de Palacios, an old mill (molino) that was converted into a charming restaurant, complete with a special oven (asado) for roasting the lamb. We let them know that we were interested in having the lamb as well so they could begin preparing it before we arrived. The molino was absolutely beautiful and it is still possible to see the water running under the mill through windows they have installed. 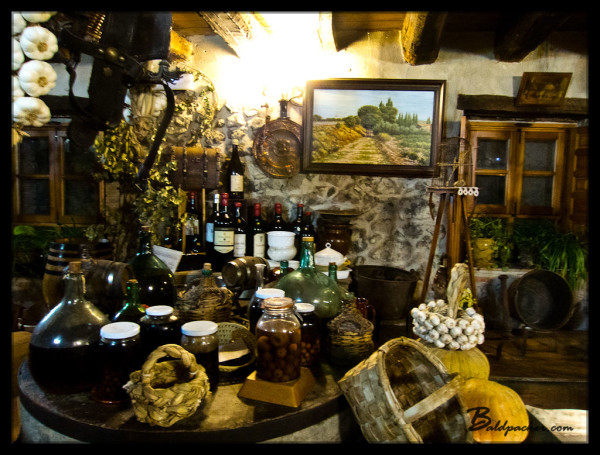 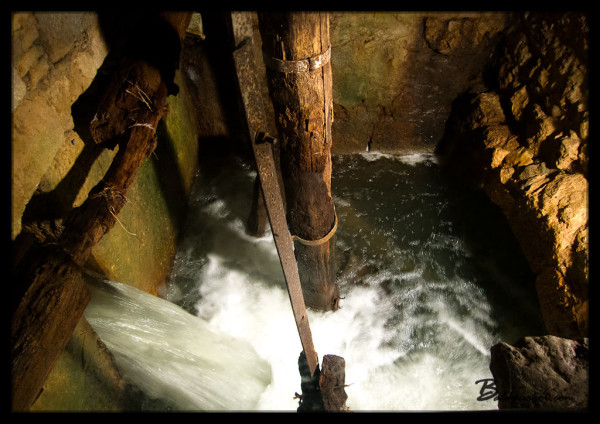 The Old Mill’s Water Running Under the Restaurant

I must say, after eating, I can understand what all the fuss and debate was about as it was one of the best meals I have ever had. The lechazo was succulent and delicious and the local red wine paired with it wonderfully.

After eating, we were all incredibly full and needed a walk. Thankfully, Peñafiel has much more to offer than just delicious lamb so it was great to walk around the town. The Peñafiel Castle overlooks the town and it was wonderful wandering around the area in the dark of night. The castle was extremely beautiful but in the cloud diffused moonlight it was also a little spooky. 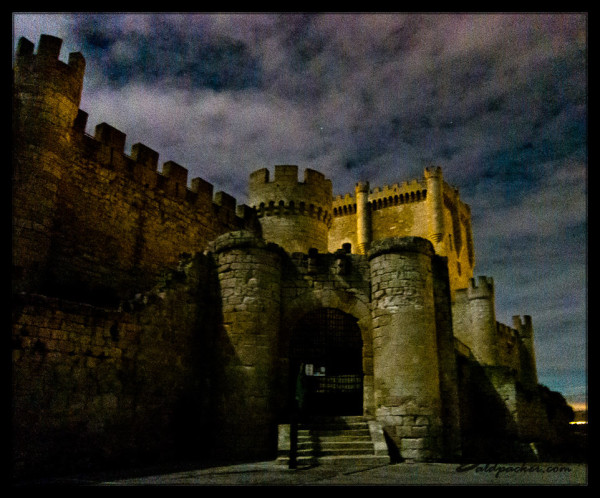 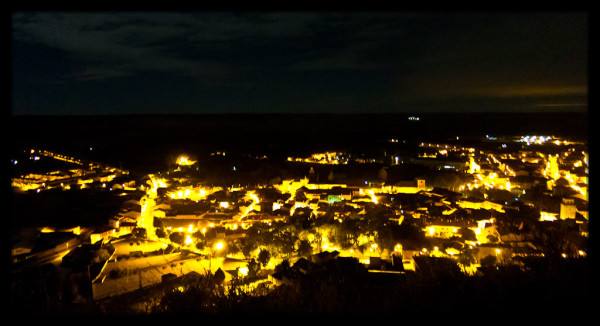 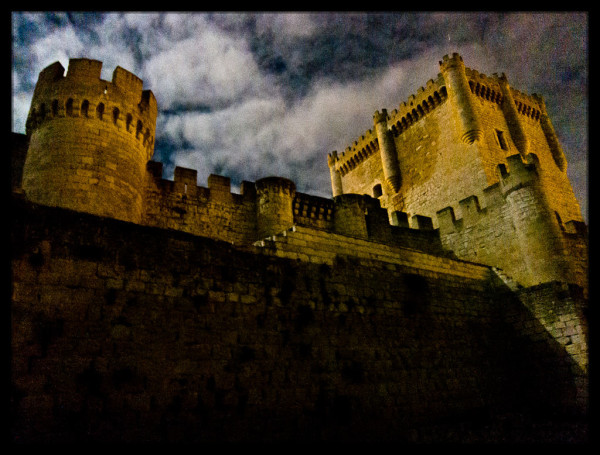 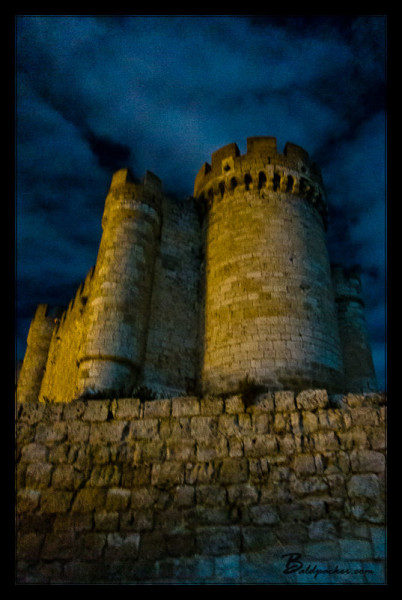 I was then shown the Plaza del Coso, a medieval square used for bull fights. There are private homes surrounding the square, but they are built to allow for safely watching the bull fights. In fact, since medieval times, the town has had the right to auction the windows, balconies, and doorways of the private homes for use during bull fights by the highest bidders. 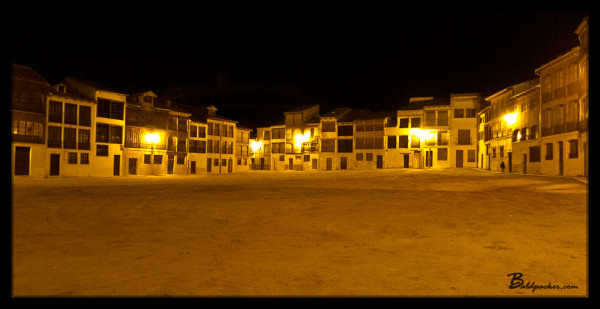 There are also underground caves all around Peñafiel which were traditionally used for wine storage. These underground caves had special chimney vents which allowed the gases generated by fermentation to vent. To confirm Peñafiel’s wine growing heritage, on the drive out of town we passed a large contemporary winery which was operating late in the evening as we passed by.

I absolutely loved Peñafiel and the lechazo we enjoyed there. Spain’s social and food culture is incredible and it was amazing to share my dining experience with such great people. I definitely recommend making the effort to visit Peñafiel and Molino de Palacios for its famous lechazo if you are ever in the area!