For the drive from Christchurch to Lake Tekapo, Sara and I decided to take the scenic drive on highway 72 rather than the slightly faster highway 1. Unfortunately, the skies were overcast and we were unable to enjoy the scenery, but we were very happy when we came across the Geraldine Orchard Farmshop & Café on the Main North Road in Geraldine. The Farmshop was a wonderful grocery store filled with local produce, cheese, yoghurt, honey, and other locally grown, organic, and natural foodstuffs. Sara and I found delicious vegetables for that evening’s meal and enjoyed seeing everything New Zealand’s local farms have to offer. 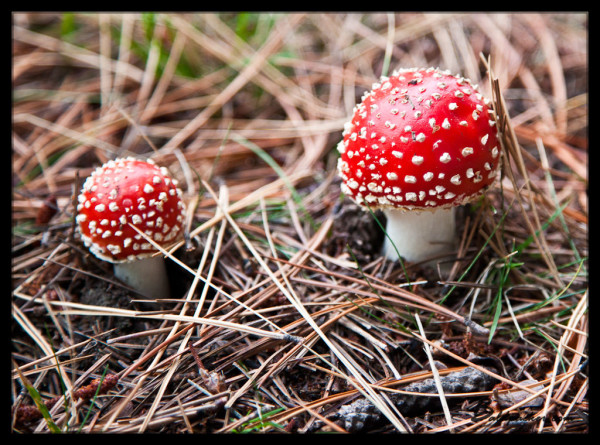 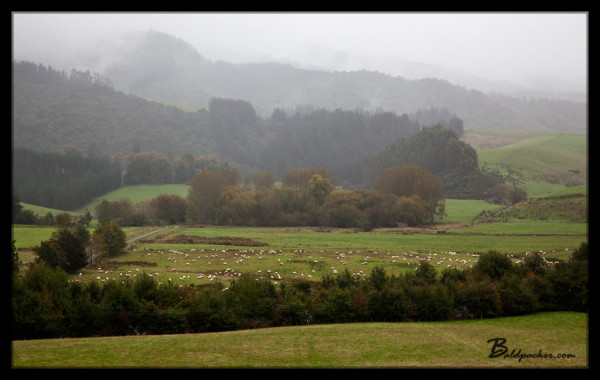 That evening, we stayed in the Lake Tekapo Motels and Holiday Park & Lakefront Lodge, the same place I had stayed on my first trip through Lake Tekapo in 2010. Instead of the overpriced campsite I had parked my Jucy van in my first trip, Sara and I shared a basic cabin for $75 per night. The holiday park is right on the lake and a short walk from the trailhead to Mount John’s Observatory and the Tekapo Hot Springs, making it a wonderful location. The park’s facilities are only average though as the kitchens were crowded and had broken stoves and ovens making it difficult for everyone to prepare their meals at the same time. I also had to pay $7 for 24 hours of internet through IAC, one of the internet service providers in New Zealand. I still like the Holiday Park for its location but they really need to put some effort back into the place as it did not appear anything had changed or improved since my previous visit. 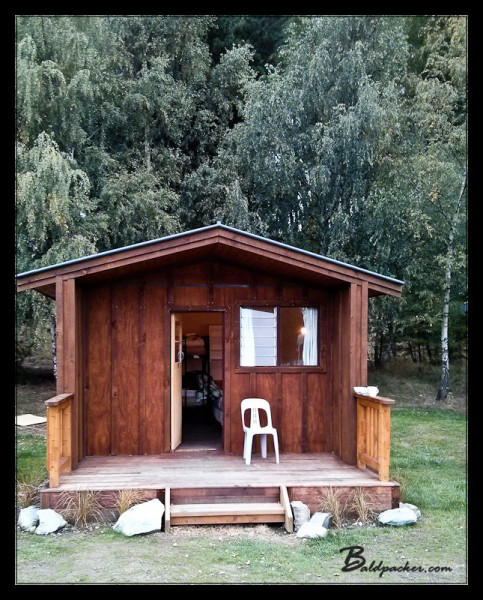 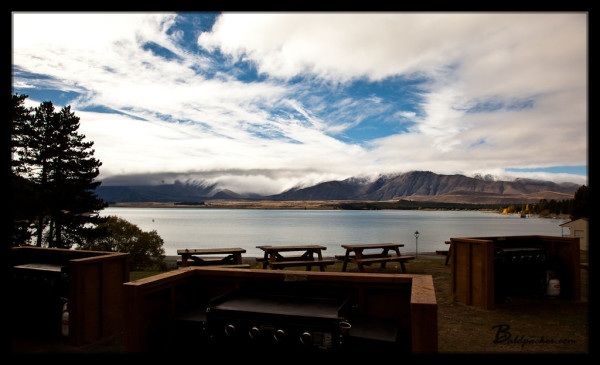 After an early night the first night due to the unseasonably cold and wet weather, we woke up the next morning to clearer skies and promptly set out on a hike to Mount John’s Observatory. There are several routes up to Mount John’s Observatory, including driving, but we decided to do the three hour walk along Lake Tekapo before climbing the hill to the observatory. Although the weather had improved over the previous day, it was still unseasonably cold and by the time we arrived at the observatory we were ready for a hot coffee. The Astro Café is a nice glass building on the summit of Mount John that offers amazing views over Lake Tekapo and its surrounding mountains. Part of the reason I wanted to spend two nights in Lake Tekapo was so we could do one of the evening tours at the observatory. The evening tours were priced at $135 per person, which I would have been happy to pay to stargaze through their telescopes, but I thought it was a bit expensive given it was a cloudy night and the tour would have simply been of the research observatory. Mount John was chosen as the best observatory site in New Zealand due to its high ratio of clear nights and the stability and transparency of its atmosphere, so it was very unfortunate that both nights we were in the area were cloudy. 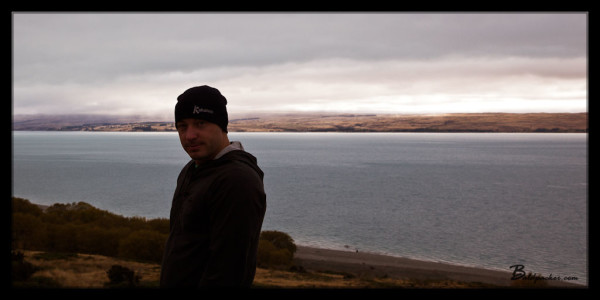 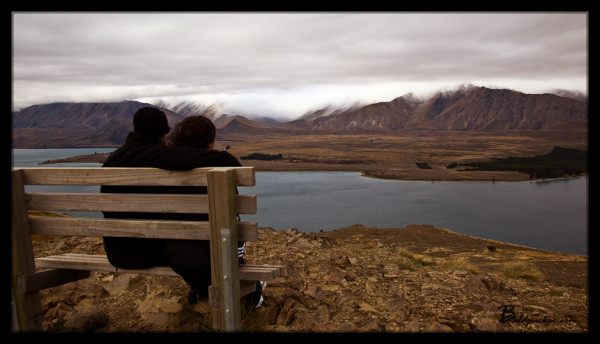 Views from the hike along Lake Tekapo

Even though we were unable to do the tour, I was interested to learn the observatory was operated as a partnership between the Universities of Canterbury, New Zealand, and Nagoya, Japan in association with universities from Auckland, Massey, and Osaka. The observatory features New Zealand’s largest telescope, a $7 million 1.8 meter MOA telescope that images over 50 million stars each clear night. The  Mackenzie Basin is internationally recognized as a “Gold Status Starlight Reserve” thanks to the local community’s efforts to reduce light pollution and I have no doubts that the tour would have been well worth the cost had it been a clear night. 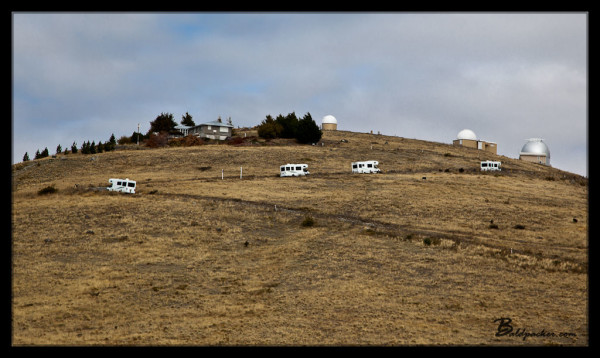 After our coffee and walk back down to our cabin, Sara and I grabbed our swimming gear and headed to the Tekapo Hot Springs next to our camp. The cost of admission for the day was $22 and we made the most of it by spending time in the hot pools both in the afternoon and then again in the evening after dinner. There are three separate hot pools, in the shapes of lakes Tekapo, Pukaki, and Ohau, and are 36, 38, and 40 degrees respectively. It was the perfect way to relax after an afternoon of hiking and a wonderful way to warm up in the cool weather.

After a restful sleep, we were up early for the drive to Mount Cook, along the beautiful Lake Pukaki. On my previous trip to New Zealand I had driven along Lake Pukaki and the lake was an absolutely gorgeous light blue colour due to the suspended glacial flour in it. Glacial flour is small ground up pieces of rock caused by the slow movement and grinding of glaciers along the rock and can create beautiful cloudy lake colours. On this trip, due to the cloudy fall weather, the lakes were not quite as vibrant as when I had driven past in the spring, but the drive and its many viewpoints was still beautiful. 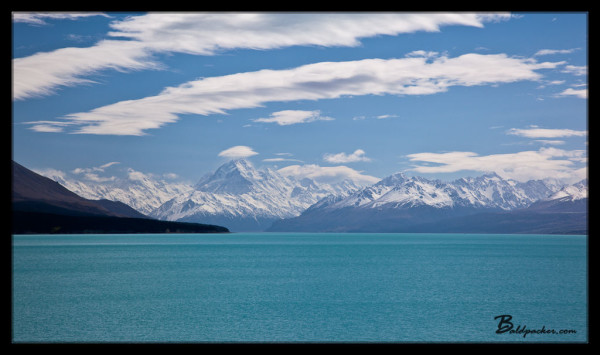 Mount Cook Village itself is a small remote town and it is wise to fill up with gas before driving there. There is a beautiful interpretive center in the village with very informative displays and Sara and I really enjoyed learning about the area and the history of mountaineering in New Zealand. We were interested in doing a short hike so we also found instructions to the short walks to the Blue Lakes and Glacier viewpoint up the Tasman Valley Road. 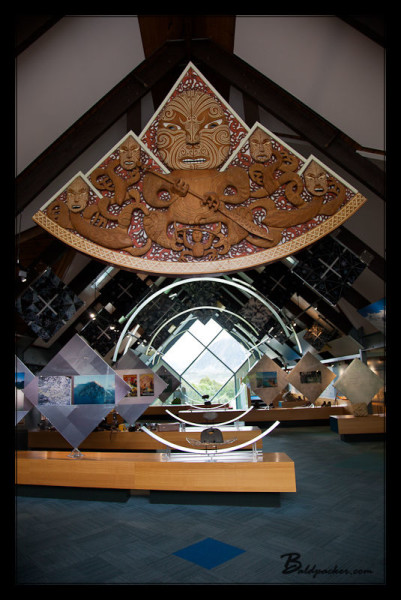 Before hiking, we went to the Sir Edmund Hillary Alpine Centre, next to the Hermitage Hotel, for a coffee stop with views. The Sir Edmund Hillary Alpine Centre is a beautiful building and would make a good place to relax if the weather was too poor to hike. Luckily for us, the rains held off so we drove up the Tasman Valley Road and walked a couple short trails to view the Tasman Glacier. 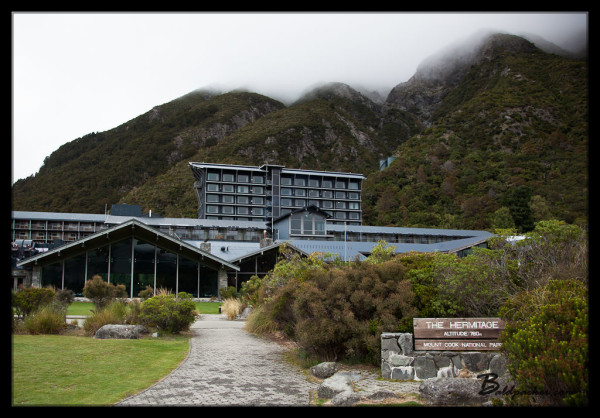 The Hermitage in Mount Cook 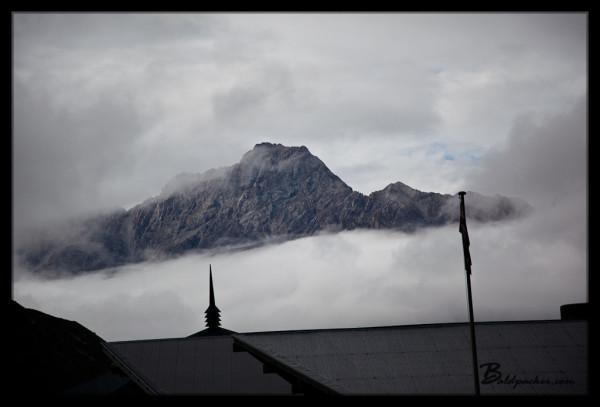 Views Above the Hermitage

There are numerous hiking trails around Mount Cook that I would love to do in the future, but as our time was limited we had to climb back into our car and continue on to Dunedin.