Everything I had read about Dunedin made it out to be an ugly industrial town, but I was somewhat excited to visit it since I had not visited Dunedin or the South Eastern coast on my previous trip to New Zealand. The drive to Dunedin from Mount Cook was nearly four hours, but thankfully we had the opportunity to stop at Lake Benmore, Lake Aviemore, and Lake Waitaki for majestic views along the way.

Lake Views on the Drive to Dunedin

Thanks to my low expectations of Dunedin, I was delightfully surprised when I first saw the many beautiful old Victorian buildings in the city and came to realize that Dunedin is known as the Edinburgh of the South for good reason. Dunedin is a university town thanks the University of Otago, which was established in 1869 and is the oldest university in New Zealand. In fact, the university is the South Island’s second largest employer and over 1/10th of Dunedin’s population are students! 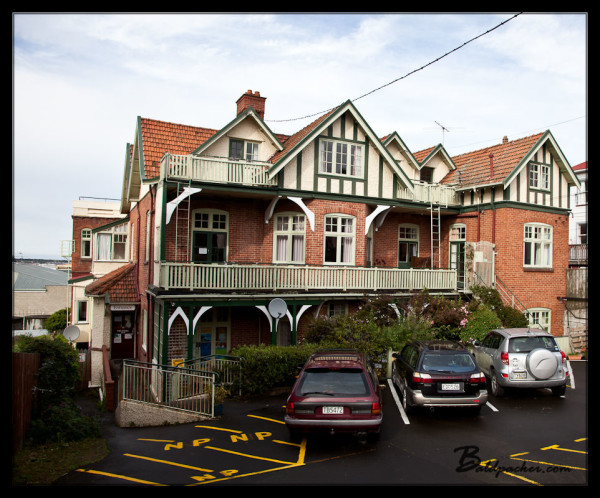 We arrived late in the afternoon and drove straight to our hostel, the Stafford Gables Hostel. Stafford Gables was built in 1907 as a private hospital and was run as Stafford Hospital for 50 years before becoming a hostel. The hostel building was beautiful and our double room was quaint but comfortable. After dropping off our luggage, we headed straight for the Speight’s Brewery. Next to the actual brewery is a Speight’s Ale House, where we enjoyed a wonderful dinner and sampled a number of Speight’s beers. Sara had the Shearer’s Shanks and I had the Sausage and Mash. The servings were very large but delicious and it was a pleasure washing it down with beers from the brewery next door. After dinner we tried the 8 beer taster for $20. I definitely enjoyed the beers and they were good for a widely distributed brand, but I did not think the beers were as good as many of the craft brewery offerings available in New Zealand. After the long day, big meal, and tasty beers we called it a night and headed back to our Hospital Hostel. 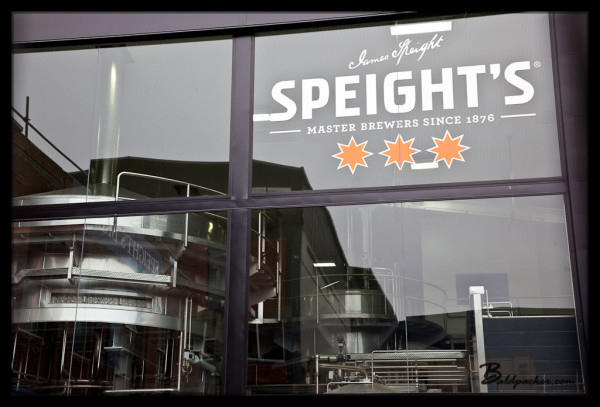 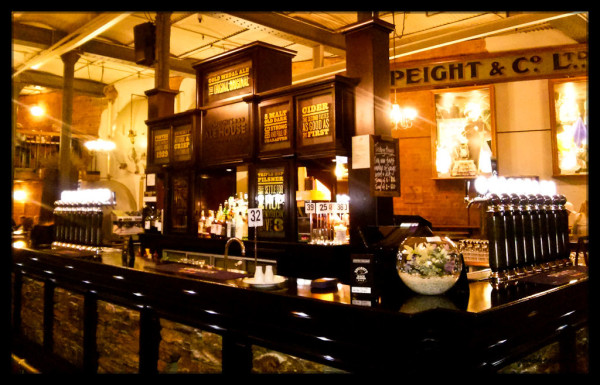 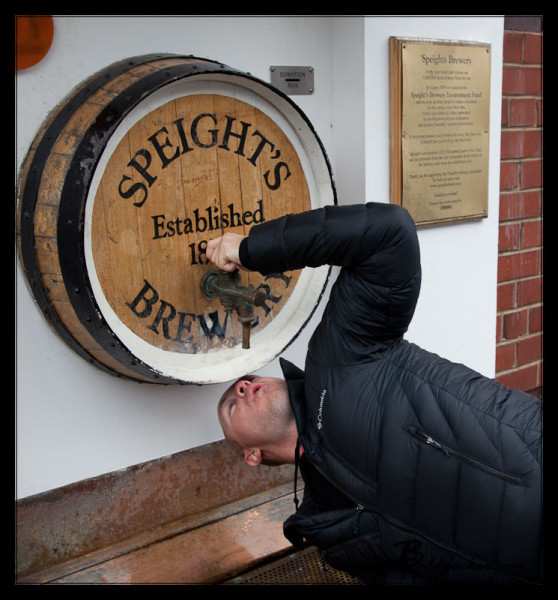 Speight’s Brewery Free Water…if only it were Free Beer!

The next morning we woke up to explore Dunedin before driving South to the Catlins. We walked from our hostel towards a large Victorian railway station which I found to be quite picturesque, but others describe as “one of the ugliest in the world”. Near the train station are a number of sites including a Robert Burns statue that is over 100 years old, Otago Museum, and Chinese Garden. The city’s central “square” is actually and octagon and there are many beautiful old buildings and statues in the area. For chocolate lovers, there is also Cadbury World, a chocolate factory that accounts for nearly 75% of New Zealand’s chocolate production and offers tours for $20. The weather was cloudy, windy, and there was light rain while we walked around Dunedin, and one store clerk told us this was considered good weather in Dunedin! Rather than stick around to find out what Dunedin’s bad weather was like, we walked back to our hostel to collect our car for further sightseeing. 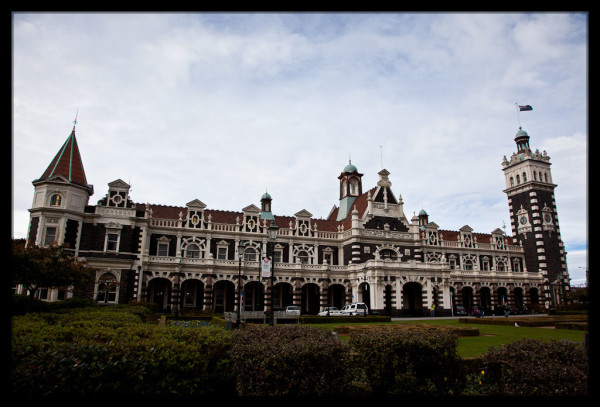 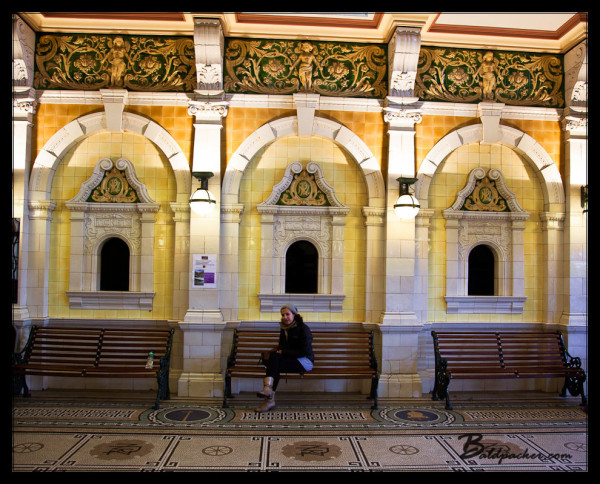 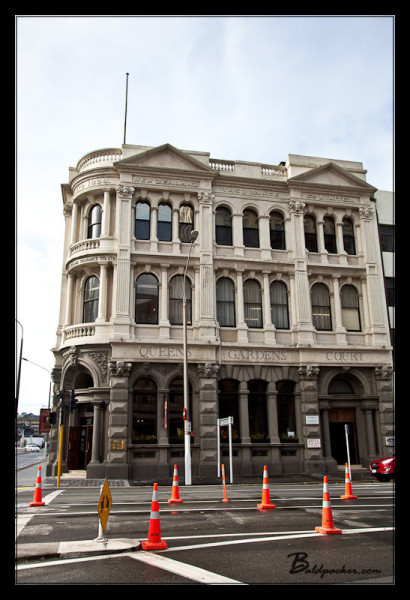 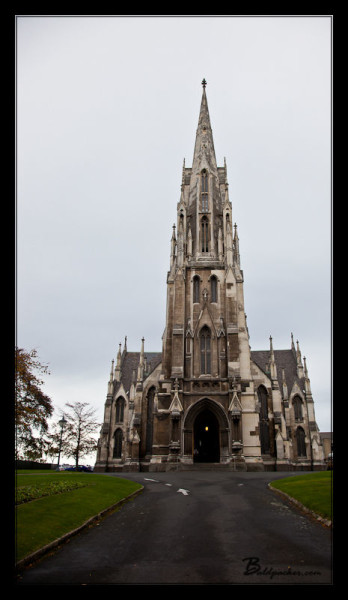 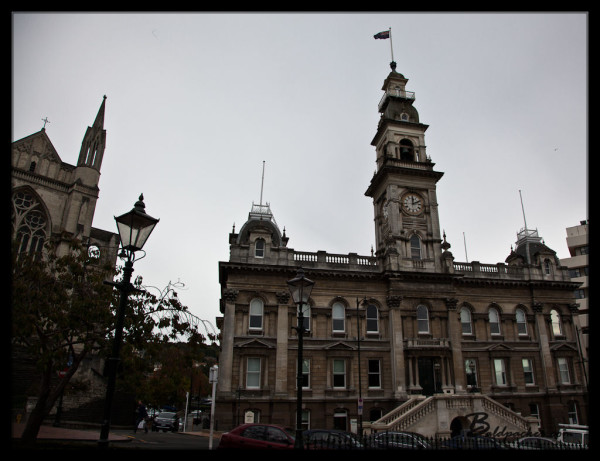 One of Dunedin’s tourist attractions is Baldwin Street, which according to the Guinness Book of Records is the steepest street in the world. The street was certainly steep and we decided to walk up it rather than risk blowing up the 1.3 liter lawnmower engine on our rental car. There were many beautiful houses on Baldwin Street and the steep incline created very scenic views over the city and surrounding hills. At the top of the street there was a bench and water fountain which provided the perfect place to rest our calves before walking the stairs back down. 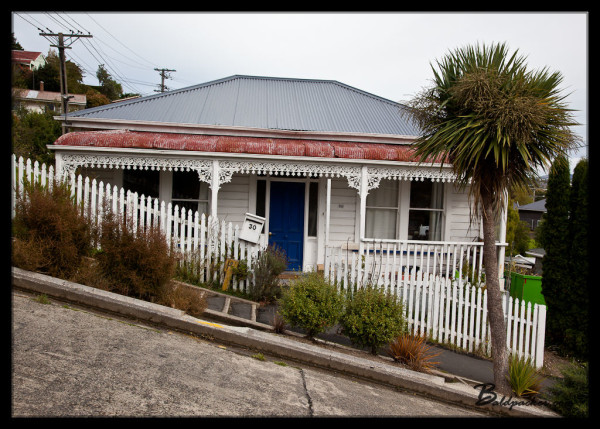 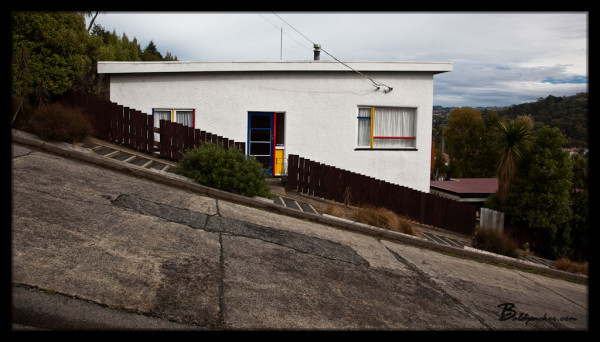 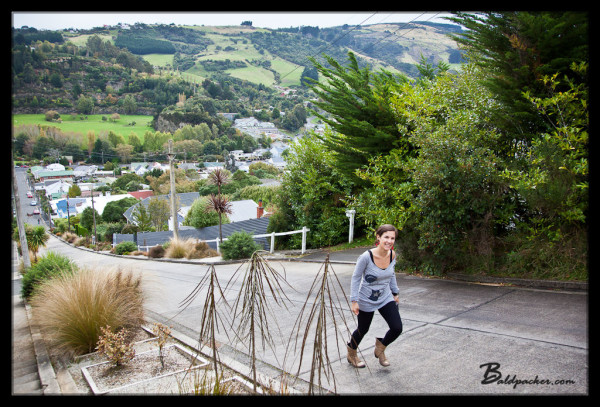 Dunedin is not the most beautiful town in New Zealand, but I also do not regret visiting Dunedin whatsoever and suspect there are a lot more gems we missed out on in the area given our short visit.