The next town on our itinerary was Oban, a name I was familiar with because there is a popular whisky sold internationally which holds the same name. As we drove from Stirling to Oban, we made a stop on Loch Lomand to take in the massive Loch Lomond and Trossachs National Park. Unfortunately, the trees blocked a lot of what we thought would be a very scenic drive along the lake, but it was still a nice area. While at a highway stop on Loch Lomond, I saw a promotional flyer for 1 week of unlimited golf at the Helensburgh Golf Club for £99. Given that a single round of golf in much of Canada will often cost more than that I thought it was a steal of a deal! Higher in the National Park, after the trees disappeared, there were amazing views out over the valleys and it became a very scenic drive. 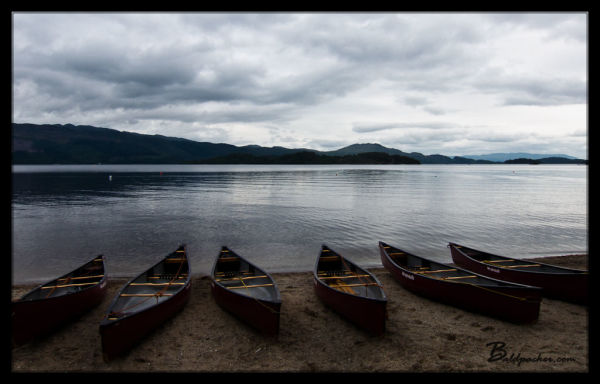 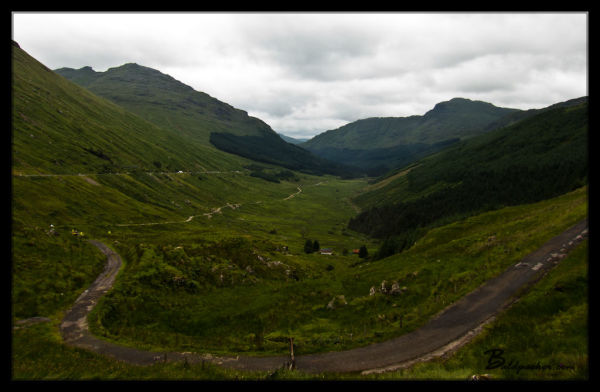 Proceeding on towards Oban, we came across St. Conan’s Kirk (Kirk is a Scottish word for Church), which was likely my favourite building of the entire trip. The church was eerily quiet and no one was around, even though it was open to visitors. Perched right next to Lake Awe amongst the trees, the location and views were incredible. The building was nicely constructed and had a wonderful spiritual feel to it given how quiet the whole area was and the way the church was nestled in the trees. St. Conan’s Kirk also claims to have a bone from Robert the Bruce, which is displayed in the Bruce Chapel. 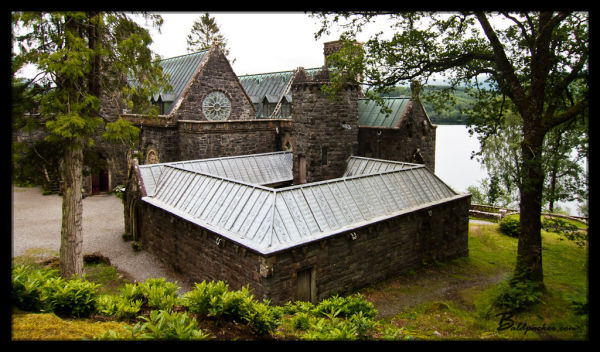 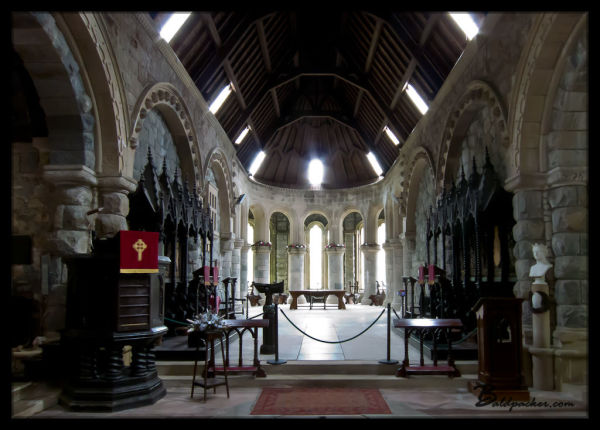 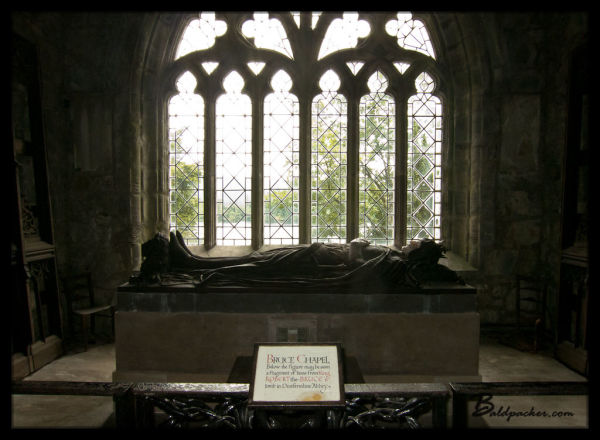 Upon arriving in Oban, we checked into the Garmarvin Guesthouse and started exploring the town. Unfortunately, there was low cloud and constant rain making it a less than enjoyable evening to sightsee. We decided to have an early dinner with hopes the weather would clear later in the evening. After wandering down the main street we came across a restaurant called Cuan Mor, which means Big Ocean in Gaelic. The name is fitting as Oban Bay is directly across the street. Unfortunately, they did not have any Oban Brewery beers in stock so I had to settle for a Guinness with dinner, but the food and beer were still delicious. Even though the weather had not cleared after dinner, my Dad and I were able to make it to the Oban Distillery for the last tour of the evening. After learning a lot about the history of the Oban distillery and enjoying a dram, my Dad and I called it a night, while my Mom powered on through the rain to organize our next day’s adventures. 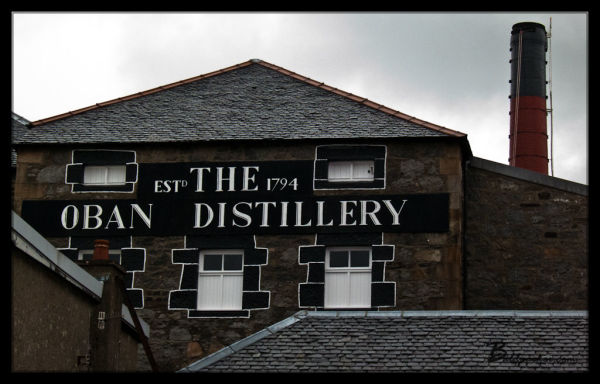 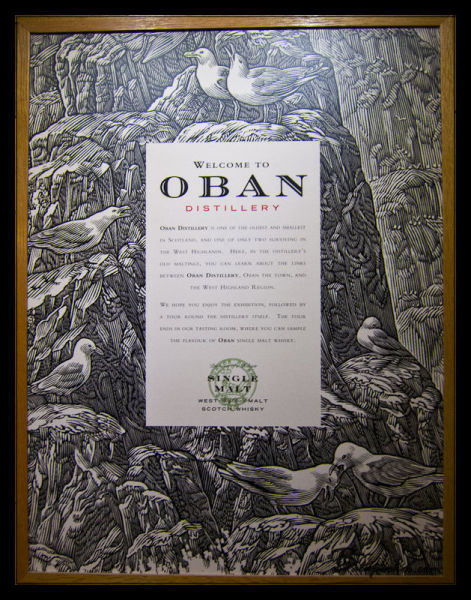 Despite the poor weather, we decided to book a boat trip to the Isles of Mull and Iona. Departing from Oban’s ferry terminal early in the morning, we were met by a bus on the Isle of Mull which took us to the ferry terminal on the West of the island so we could continue on to the Isle of Iona. The Isles of Mull and Iona are of great interest to my family as our lineage dates back to the MacGillivray clan who had settled in the area in the 13th century. The Isle of Iona is also prominent in history because of its monastery, the Iona Abbey, believed to have been founded in 563 A.D. The Iona Abbey is prominent in history because it was a center of learning that produced many important documents and texts over the years. For instance, it is believed the Book of Kells may have been produced or begun on Iona in the 8th century. Despite the rain, my favourite part of the trip was wandering the graveyard next to the Abbey and reading the grave markers while imagining what life must have been like for my ancestors. Before long I was too wet and cold to have much interest in being outdoors and decided to sit down for a pint by the ferry terminal next to a warm fire. The views were fantastic and it was a nice way to warm up before making the journey back to Oban. 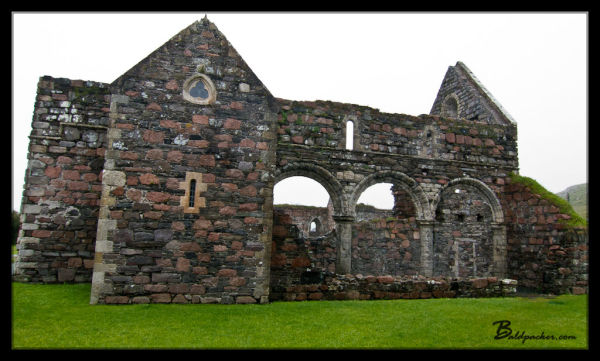 Ruins on Isle of Iona 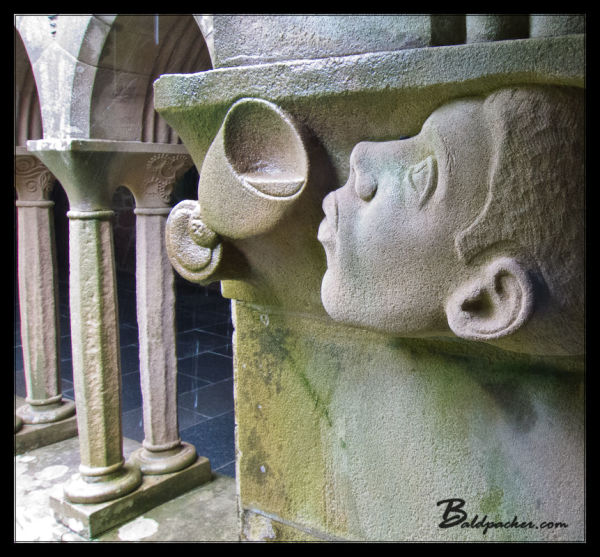 That evening, after another delicious dinner at Cuan Mor, I was ready for a night on the town. I wandered the streets of Oban, both sightseeing and poking my head into all of the pubs and bars trying to find a lively place for a pint. Eventually, I found myself in a basement pub that was not exactly lively, but had a unique atmosphere and a few people having a good time at the bar. I saddled up for a pint of Guinness and got to talking to an older fellow named Andrew, a Scottish sheep farmer. I wish I had a photo of Andrew as he was dressed as traditionally as anyone I saw during my time in Scotland. He was wearing two-fours, argyle socks, a sweater vest, wool cap, and carried a cane. He explained that he was in Oban on business and was visiting various sheep auctions in the region. Andrew was the perfect drinking companion as his stories and jokes increased in hilarity with each passing pint. 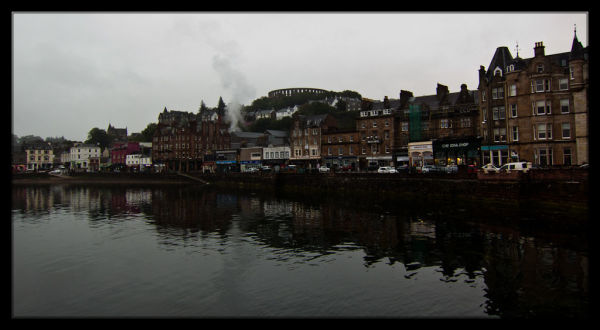 As the hours went on we decided it was time for a new location and found a busier pub in town that I had not seen before. We sat down next to two good looking Slovakian girls who worked in Oban and were out to have a fun night since they had the next day off. The bartender was a young kid who did not look old enough drink, let alone serve drinks, so I decided to teach him some new cocktails. I asked him for martini glasses, two shots of sour puss, and a can of whip cream and taught him how to make muff divers. It was then my pleasure to teach the Slovakian girls how to drink them with their hands behind their backs! I loved playing bartender while seated in front of the bar but many drinks and laughs later I headed back to the guesthouse for some much needed rest.

The next morning, on our way to the Isle of Skye, we stopped at Dunollie Castle. Dunollie Castle is more of a ruin now, but t was once the seat and ancestral home of the MacDougall Clan. The location is beautiful, overlooking Oban Bay, and the foundations date back to the Bronze Age when it was a fort. Some describe Dunollie as once being the capital of Scotland, as four kings once ruled the kingdom of Dalriada from Dunollie in the 7th and 8th centuries. Unfortunately, when Robert the Bruce began targeting Clan MacDougall in 1308, they lost most of their lands and the Dunollie Castle fell into disrepair. 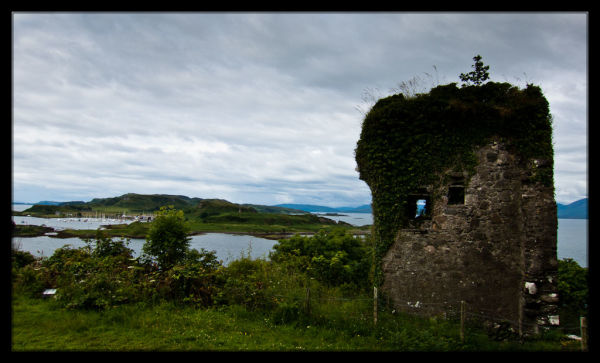 The next stop was Dunstaffnage Castle, which was also built by the MacDougall lords of Lorn. The castle overlooks Loch Etive and is surrounded by the sea on three sides. The castle dates back to the 13th century when the MacDougall’s built it, and was held since the 15th century by the Clan Cambell. I loved the look of this castle as it was built on to a rock outcropping, but I think I was also excited by the fact that we had blue skies after such rainy, cloudy weather in Oban the days prior. 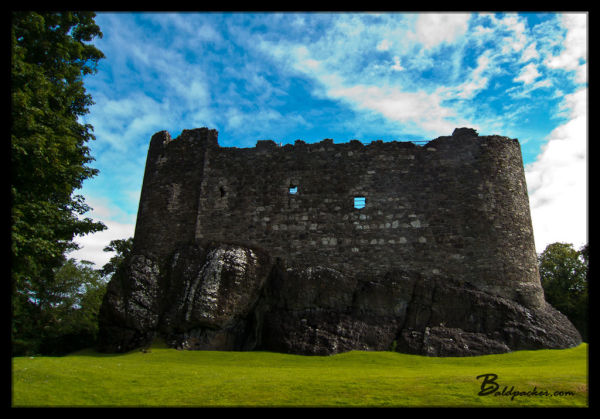 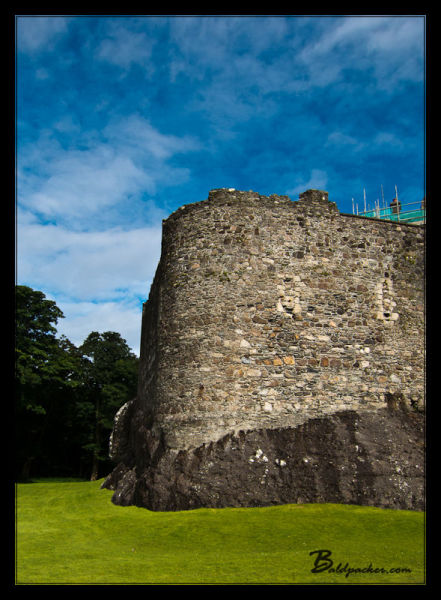 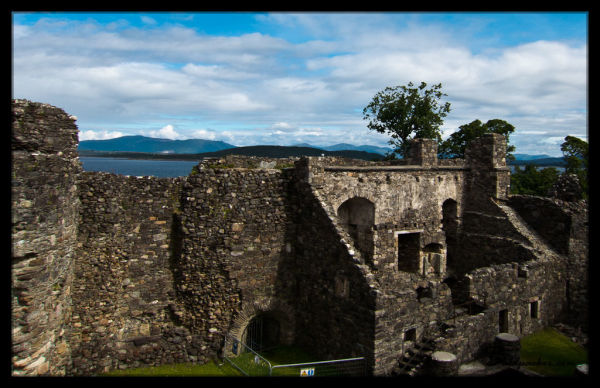 Before making it to the Isle of Skye we also crossed the Connel bridge, a beautiful cantilever bridge first constructed in 1903.