We decided the best way to see Edinburgh was by making a day trip from Stirling, so we made the short walk from the Forth Guesthouse to the Stirling train station and purchased tickets to Edinburgh from the self-serve machine. The train ride was uneventful and the Edinburgh train station was in the heart of the city, a short walk from the castle. As we walked up the hill towards the castle I saw a nice Olympic Rings display in preparation for the 2012 London Games. It was a nice way for Scotland to show support for Great Britain as the country hosting the games, rather than England alone. 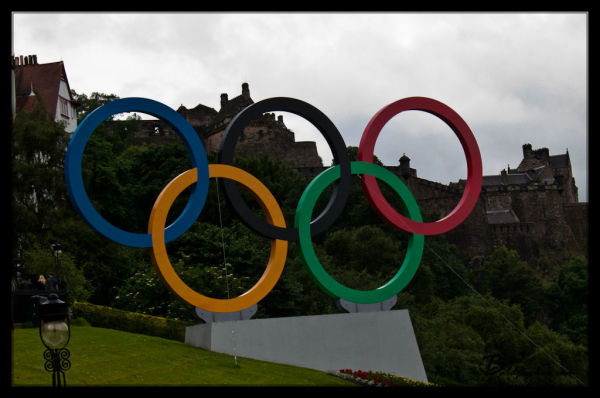 The Edinburgh castle was probably the largest of the castles we visited in Scotland and was also one of the most touristic. There is a good .pdf itinerary available on the Edinburgh Castle website that would be very useful in guiding one around. Of course, I was not that well prepared and just chose to get lost in the massive complex, listening in on tours when I could. 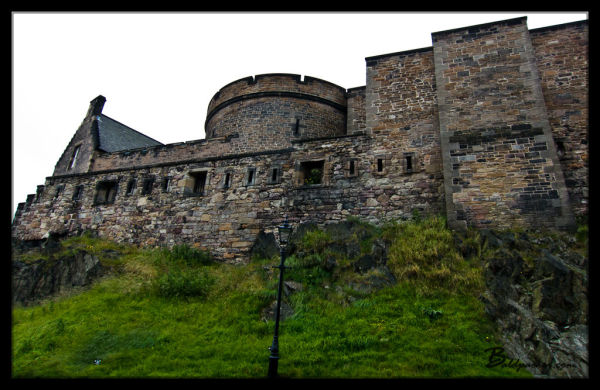 As there were throngs of people everywhere and I had seen plenty of castles in my previous days in Scotland, I was soon ready to seek out a different kind of Scottish experience, the whisky experience! It just so happens that on the Royal Mile (the main street below the Edinburgh Castle) there is an attraction called The Scotch Whisky Experience…perfect!! The Scotch Whisky Experience is a guided walking tour focused on – you guessed it – Scottish Whisky.

Working in an oil camp for many years with some avid whisky drinkers, I have been able to try many varieties of whisky and this was the perfect time to start learning more about the various malts. From the light and fresh flavours of the lowlands to the peaty flavours of the Islays, the Whisky Experience had it all. After sniffing a whisky wheel and determining which variety of whisky I wanted to sample, the guide provided a dram for me to enjoy in a glass I got to keep. As the guide explained, the best way to drink whisky is with a few drops of water to open up the flavours. I personally believe adding mix or ice to a good whisky should be punishable by death, but our guide advocated that people should do as they please as long as they are able to enjoy the whisky. 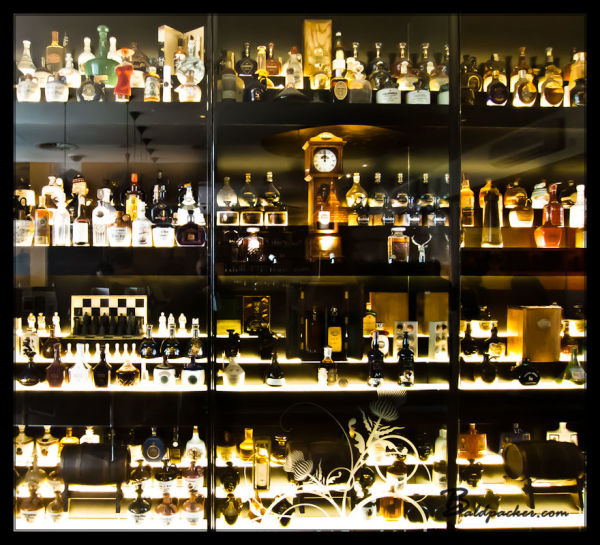 The owner of the Whisky Experience has amassed an extremely impressive collection of whiskies which are on display throughout the building. As I looked at the extensive collection I was filled with barrel loads of jealousy, especially when seeing some of the rare and old bottles that would be extremely difficult (and expensive) to purchase today.

At the end of the tour, I had the option to stay at the bar and enjoy a sampler tray of whisky or select my own off of an extensive menu. I definitely wanted to take advantage of their whisky collection and I tried a variety of delightful whiskies on the recommendation of the bar man. After savouring drams of Glenrachie, Aberfeldy, and Ben Nevis, I quickly realized that my stomach was empty, the whisky was going straight to my head, and it was time to eat something. I wandered down the Royal Mile, dodging tourists and buskers, and soon found myself at the No. 1 High Street Bar for a much needed burger (and mandatory pint). 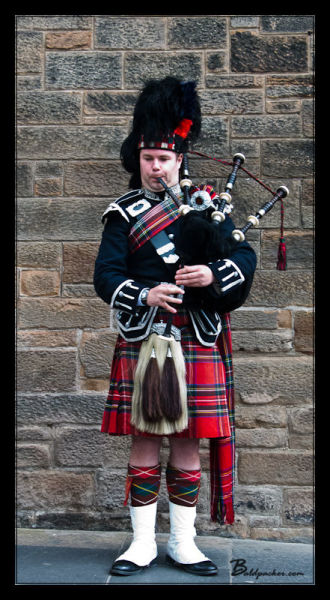 With a full tank of fuel in my belly, I continued wandering Edinburgh’s old town as well as the area around the train station. The Scottish National Gallery is very close to the train station and also free to enter, making it a worthwhile stop. I am not sure if it was the free admission or the whisky warming my soul, but I thoroughly enjoyed the massive canvases on display and spent more time lingering in the gallery than I would normally spend at an art museum. Before I knew it, I had to go meet my parents at the train station, board the train back to Stirling, and head to the Portcullis for our final dinner in Stirling.