How I Celebrated Christmas Day in 3 Countries

On December 25th, 2014, I ate breakfast in Saipan, lunch in Guam, and dinner in Honolulu, thanks in part to the International Date Line.  Although these islands are all considered to be part of the USA by the UN, they are three separate countries under the Travelers’ Century Club so for the purpose of my Christmas Day adventure, I’ll consider them 3 separate countries! Regardless of the technical administrative status of Saipan, Guam, and Honolulu, I had not planned for my Christmas to be spent island hopping; it just happened to work out that way due to flight schedules and my need to return to Canada to renew my passport between Boxing Day and New Years when government employees were actually working during the holidays.

Christmas Day 2014 started with a 05:30am wake-up after a big night out partying in Saipan on Christmas Eve. I must have been a bad boy this year as all Santa brought me was a hangover. Somehow I managed to get out of bed, pack my bag, and catch my early morning shuttle to the airport for my 08:40 flight to Guam after only a few hours of sleep. There were a surprising number of people traveling on Christmas Day, but after boarding I quickly doze off for the short-haul flight, waking up as we were landing to catch a glimpse of Guam’s beautiful coastline.

Island Views from the Air on Christmas Day

Since I arrived in Guam at 09:30 in the morning, I knew it would be too early to check-in at my pre-booked hotel, the Pacific Bay Hotel, which was one of the cheapest places I could find at US $83/night. Thinking I may be able to get an early check-in around 11:00, and to save on the taxi fare, I made the 5km journey to the hotel by foot. When I finally arrived, I was disappointed to be told that if I wanted to check-in before 15:00, it would cost me an extra $40! The Pacific Bay Hotel sucked to begin with as it was old and outdated, so I was pretty choked that I was going to have to pay an extra $40 just to get an already available room a few hours early. Then again, after my big Christmas Eve night out in Saipan, I decided that $10 per hour of sleep was a justifiable Christmas gift to myself and proceed to hand over my credit card.

After a couple of hours of glorious sleep I received a call from Bryan, a guy I had met on Palau who lives in Guam. I had messaged him that I’d be staying at the Pacific Bay Hotel and he and his girlfriend Jony were nice enough to invite me out for their family’s Christmas lunch.

When I met Bryan and Jony in Palau I learned that Jony handled the beverage purchasing for a chain of gas station stores and I finally had the opportunity to admire her fine work. We visited a “Beer Cave” designed by Jony which was heaven for a beer lover like myself. Being Canadian, I’m used to having to go to liquor stores to buy beer and even then the selection is often limited. Not only can you buy beers at the gas stations in Guam (as in most of the US) but you can also buy delicious craft beers thanks to Jony and her fantastic beer cave design. I didn’t have any presents under the tree in 2014 but since Santa provided me with access to a beer cave I guess I may have been a nice boy after all…. 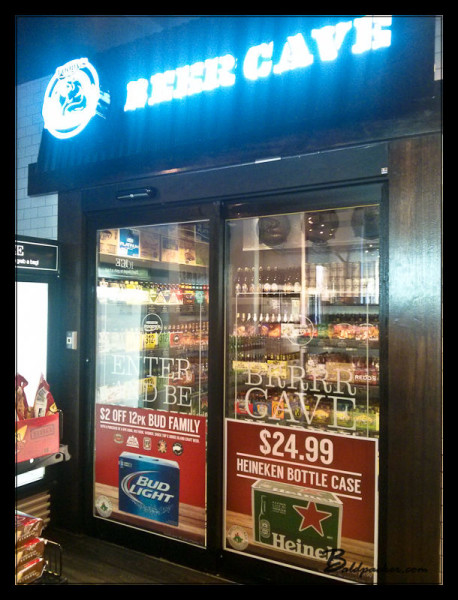 Look what Santa Brought for Christmas 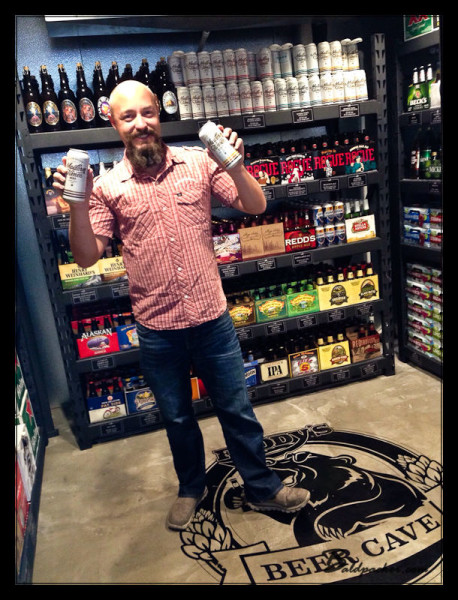 Bryan’s family Aunt and Uncle have a beautiful house in the North of Guam so I was treated to beautiful views of the island during our drive to their house. We didn’t have a lot of time for sightseeing but we were able to stop to admire the views of the coast and I loved Guam’s lush vegetation and beautiful coastline. 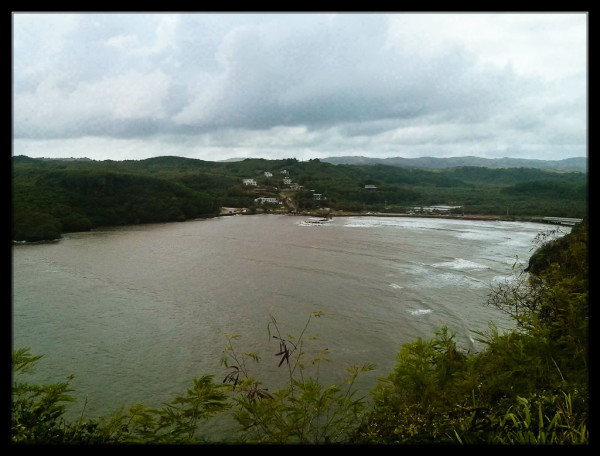 Bryan’s family was incredibly welcoming and I must say, they know how to celebrate Christmas in style! The lunch spread was phenomenal with over a dozen dishes including lots of delicious seafood dishes. I had worn my best backpacker clothes, blue jeans and a collared shirt, which I felt was a little too casual for casual, but upon arrival I was immediately given a hard time for not being casual enough. Shorts, t-shirts, and sandals are the Christmas dress code in Guam which makes me love the island even more! We spent the day eating, drinking, playing poker, and laughing at stories – the perfect Christmas in my opinion. I can’t thank Bryan and Jony or their family enough for their hospitality and Christmas Day 2014 is certainly one that I will forever remember.

Unfortunately, my stay in Guam was short-lived and the next morning I had an early morning flight from Guam to Honolulu. Amazingly, even though I departed Guam at 07:10 on December 26th, I arrived in Honolulu at 18:20 on December 25th. Thanks to the international date line I was getting two Christmas Day feasts this year! I had pre-booked a bunk at the Seaside Hawaiian Hostel and also confirmed that the bus to Waikiki was still running (albeit on a reduced schedule) and after a long bus ride I made it to the hostel.

The Seaside Hawaiian Hostel is in a good location near the beach and action of Waikiki and I was welcomed by very friendly staff. The hostel had put on a Christmas Dinner and, although I arrived after the main event, they still had plenty of ham and turkey leftovers for me to dig into. Unfortunately, there did not seem to be many other backpackers staying at the hostel, possibly because of the holiday season, so I went out in search of some fun.

I popped my head into the first bar I found, Tsunami’s Waikiki, which had a few other customers sitting at the bar watching hockey. I pulled up a stool, ordered an IPA, and quickly met a few other people on holiday, including Jeff who became my wingman for the next few days. From there on out, Jeff and I spent the nights chasing Honolulu’s nightlife and I spent the days recovering on Waikiki’s beautiful but busy beaches. 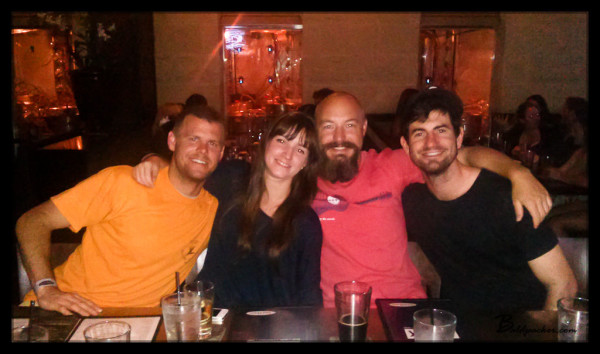 Our Honolulu Crew at the Yardhouse

My three nights in Waikiki were a blast. My favourite bars became Tsunami’s, Yardhouse, Nashville, and some sketchy late night Chinese dive bar down a back alley behind Tsunami’s where we always seemed to end up for the last drink of the night. Each night consisted of a rotation of those same bars, usually meeting lots of new people along the way, and ending with a 5-7am breakfast at iHops before finally going to bed.

I didn’t get out swimming and hiking as much as I hoped I would while in Honolulu but I certainly met some great people and had a lot of fun while I was there. To cap the trip to Honolulu off just as it started, my new hostel friends and I went to Tsunami’s for one last IPA where they treated me to this shirt to commemorate the adventure. 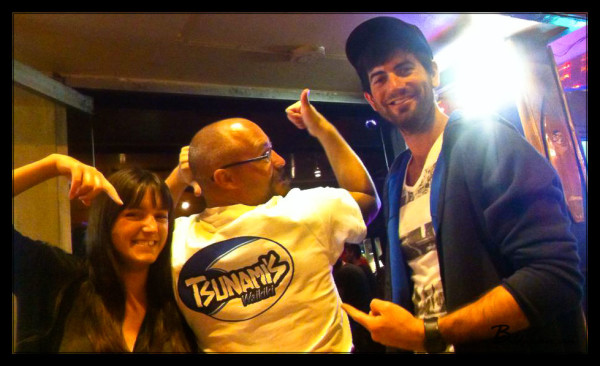 Tsunami’s: The Best Place to Start and Finish a Trip to Waikiki

All told, it was the perfect holiday and Christmas 2014 will tough to beat in the future – though I’ll certainly try!