Ever since some Swedish backpackers explained the concept behind the Scandinavian booze cruises to me in Thailand in 2006, I wanted to try one.

First, it’s interesting to understand how alcohol sales work in Sweden to understand the need for booze cruises. As I know from Northern communities in Canada, alcohol abuse can be a big problem in places where it is dark and cold throughout the winters. I am assuming this is why the Swedish government has placed such strong controls on the sale of booze in Sweden.

The government has a monopoly on the sale of all beverages stronger than 3.5% ABV through stores called Systembolaget. Because of this, there are 3 classifications of beer available in Sweden. Lättöl or ‘light beer’ is up to 2.25% and is sold without restriction. The  folköl or ‘people’s beer’ is up to 3.5% ABV and is sold in regular stores to people up to 18 years of age. The starköl  or strong beer is only sold in the government Systembolaget stores to people over 20 years of age.

Drinks are also taxed based on their content of alcohol. For instance, I read that Vodka (40% ABV) was taxed at 200 SEK / litre, which is almost 20 euros or $30 Canadian. And I thought the taxes on alcohol in Canada were bad!! Making liquor costly clearly helps achieves the goal of deterring people from drinking irresponsibly.

But that is where the Viking and Silja cruise lines and Scandinavian Booze Cruises come in. Viking and Silja’s cruise boats float out into international waters where they can sell booze and other highly taxed items duty free. There are many different choices for destinations, but I decided on the trip from Stockholm to Helsinki which provided two nights of partying and a full day in Helsinki. I had read that the Viking line was a younger, more party oriented crowd than on the Silja and so that was the boat I booked. I also planned my trip around the weekend, expecting more young and fun people and lots of beautiful Swedish ladies. I had booked the cheapest room, which was a single bed in a 4-bed room on the bottom deck, and also booked the Viking Buffet on both evenings – a 30 Euro all-you-can-eat-and-drink deal of the century. In total, the trip only cost me 200 Euros, which is good value considering the cost of over-night accommodation and eating or drinking in Sweden and Finland.

My room was small but comfortable and I lucked out by being the only one in it. My luck wasn’t so great when it came to the crowd though as my shipmates were primarily a 50+ crowd. Thankfully, I overheard 4 Americans speaking English at the start of the cruise and was seated with an English speaking Swedish couple for the dinners, providing me with people to socialize with for most of the journey.

The first afternoon was spent drinking beers on the back deck of the boat watching the beautiful scenery go by. On either side of the boat was beautiful forested coast line, along with the occasional island and boat access cabin / house. The sun was shining and the views alone made the whole experience worthwhile.

After the cold arctic winds picked up the party moved inside and people went to their cabins to prepare for the Viking Buffet. The boat was relatively small, but featured an excellent beer lounge, small casino, and small dance / entertainment area.

At the buffet I was seated with a very nice Swedish couple around my age. They had driven from a small town 400 km North of Stockholm for the cruise and were eager to party. The dinner was fantastic and I took the opportunity of such a large assorted buffet to indulge in smoked reindeer meat and Swedish meat balls. The three of us also took advantage of the on-tap beer and wine (wine on tap appeared to be quite common in Scandinavia) and hooked up with the four Americans I had met earlier for further partying and socializing. It was a fun night, but a late night, and our arrival in Helsinki arrived all too soon… 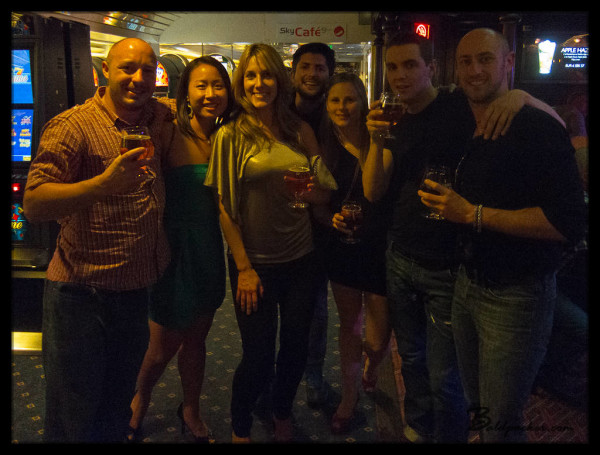 After a fun, booze fueled night, it was quite difficult to wake up in my windowless room. I knew that I only had a short opportunity to enjoy Helsinki though so I quickly got dressed and scurried through the boat terminal and on to the pier. My goal for Helsinki was not to see all of the tourist sites or museums but rather just wander and explore and get a vibe for the city. The weather was fantastic and given that it was sunny on the weekend, the locals were out in full force. I first walked around the pier area and saw many people working on their boats, preparing them for the summer ahead or getting ready for a nice afternoon fishing trip. 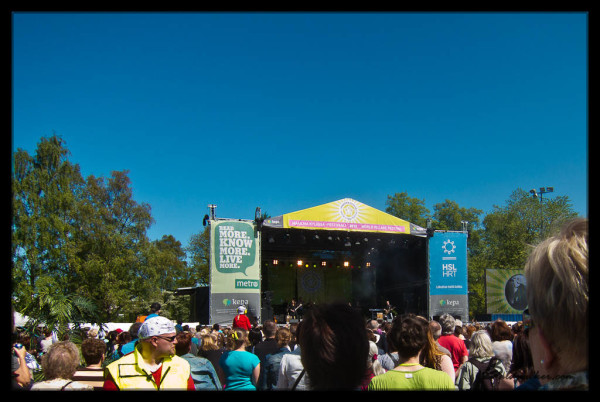 I thought Helsinki was a beautiful city, with fantastic old buildings, many green areas, and a very festive atmosphere. I was lucky enough to stumble across an International Festival where there were food stalls set-up from all over the world and live bands playing worldly music. After a delicious Thai stir-fry and some live music, I continued my walk around Helsinki observing what local life is like during the summer. One day is certainly not enough time to spend in Helsinki so I am sure that I will one day return to see more of the tourist attractions. After a quick coffee at one of the many coffee shops in Helsinki, I headed back to the ship for another evening of partying like a Viking! 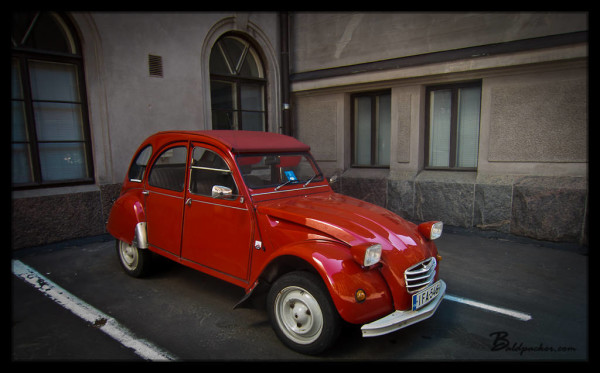 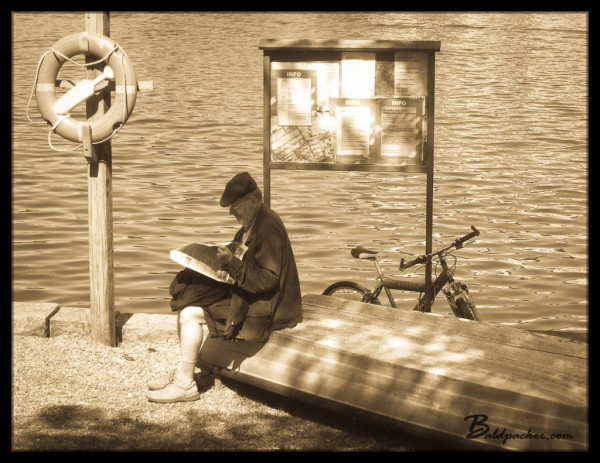 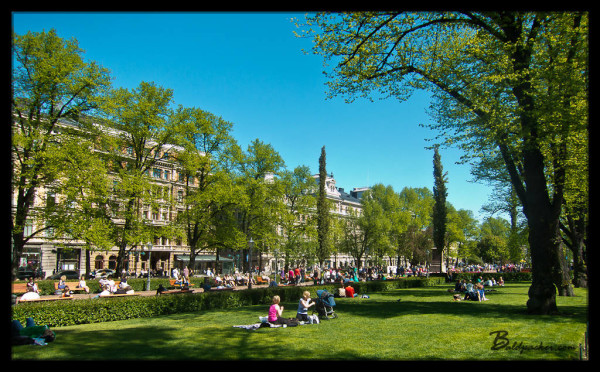 The return journey to Stockholm was very similar to the booze cruise to Helsinki. The evening began with beers on the back deck of the boat, enabling everyone to watch the beautiful island scenery rush by. I was then once again seated with the Swedish couple for my Viking buffet, followed by roulette in the casino and some drinks in the club. All-in-all, it was a wonderful time and I would recommend it to anyone. If possible, I would suggest organizing a group to travel with though, as the crowd was not as young and fun as I had expected it would be.