Nimbin is a hilarious little hippy town in New South Wales around an hour’s drive from Byron Bay. There are a number of tours that do day-trips to Nimbin and that is how I visited back in 2007.

Nimbin is more of a village than a town and it focuses on environmentally friendly businesses (hemp) and hippie supplies (bongs) and the area is definitely known for its use of mind-altering substances. Police are aware of Nimbin’s reputation and every so often I hear about drug busts in the area, including the search of cars heading to and from the village. 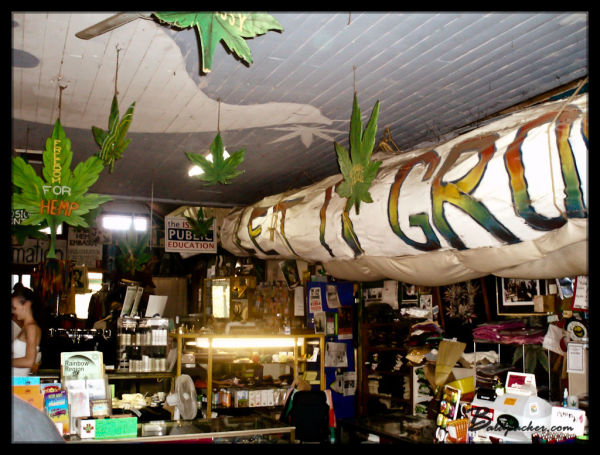 Our visit in Nimbin was only a couple hours long but that was enough to see what the village had to offer. Basically, there is one street with shops, a Hippie Museum, women with hairy arm pits, and sometimes buskers looking to make enough money to pack another bowl.

The highlight for me was watching a guy play “air” guitar on a non-musical instrument made out of what looked like plants and scraps for money. 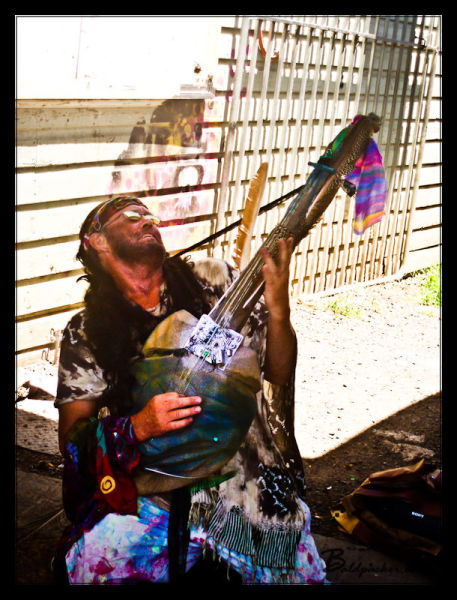 The Nimbin Museum was also a very unique experience. It must have taken a lot of stoned hippies several days to put it together and it was a mind-trip just to wander the place. In one of the last rooms I saw a rather large marijuana sale going down (several pounds of grass were sitting on a table) and on our way out, a sweet innocent looking grandmother was selling “happy cookies” for $5. 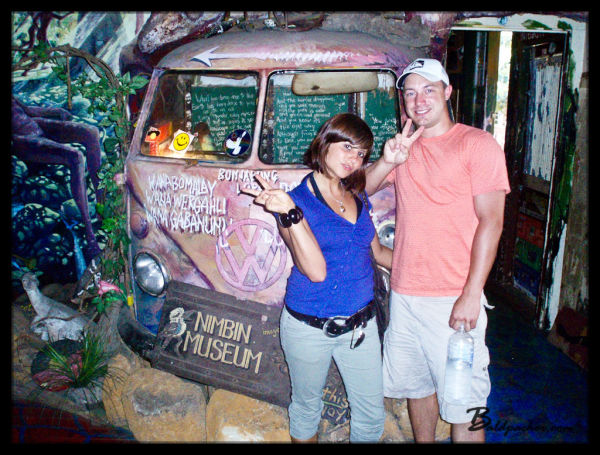 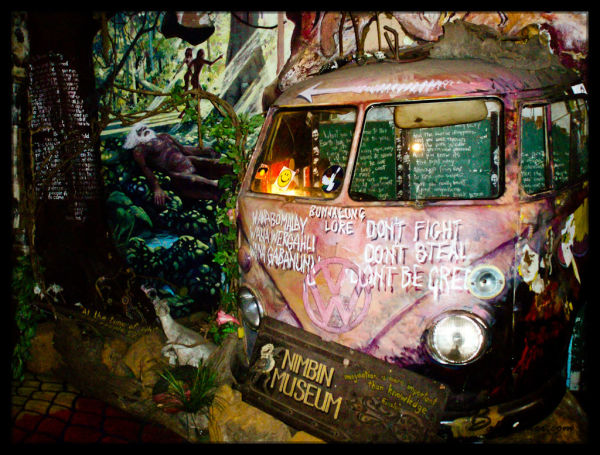 It was a hilarious little village, unlike anywhere else I’ve been before, and worth a visit if you have the time. Just don’t be silly and get yourself put in jail for drug possession!