After a solid week of partying with friends in the Gold Coast and Brisbane I went to Fraser Island for a Cool Dingo Tour.

I arranged a shuttle to Hervey Bay where I then caught the ferry over to Fraser Island for my tour. Our tour guide was absolutely amazing and our bus was filled with great people who I became very fond of over our short trip. The tour bus was not your typical bus but rather a big 4WD monster capable of tackling Fraser Island’s rough terrain. 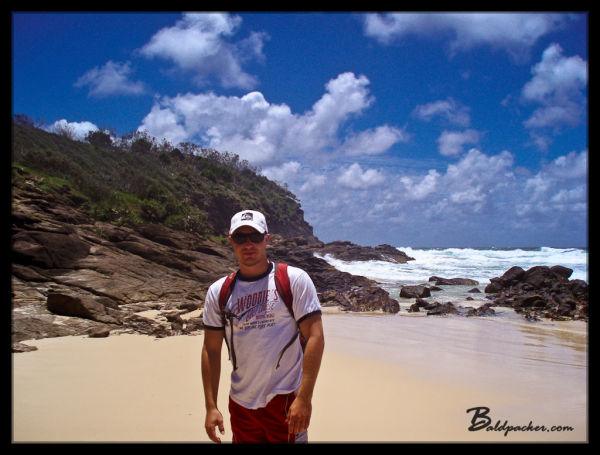 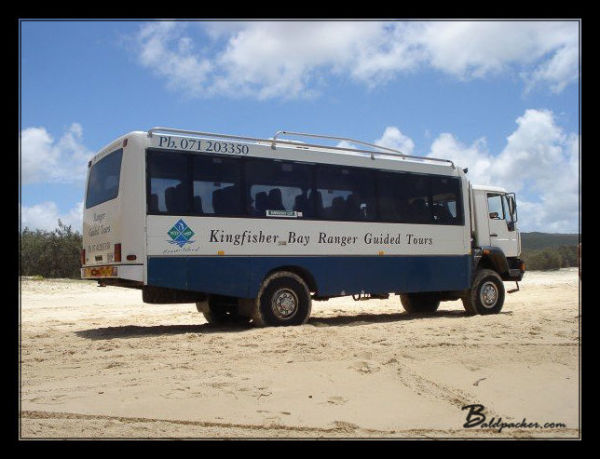 The tour took us to a number of beautiful sights including Lake McKenzie, beautiful golden sand dunes and beaches, fantastic viewpoints, and a rusting ship wreck.

Even though the scenery was beautiful, the tour wasn’t just about sightseeing; I also had the opportunity to go sandboarding on the dunes and swim in some beautiful remote water holes. 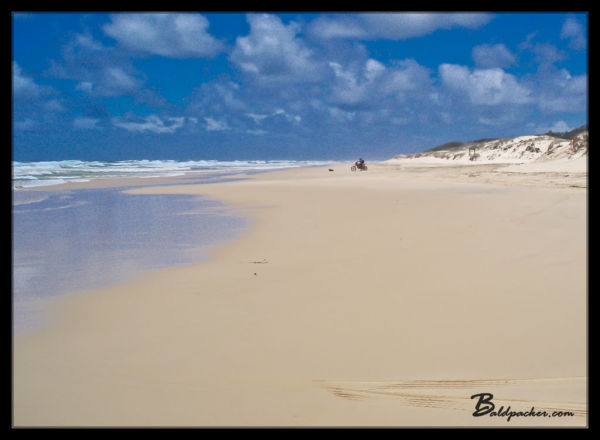 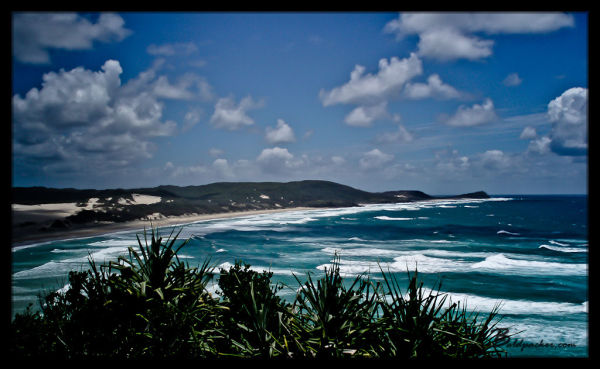 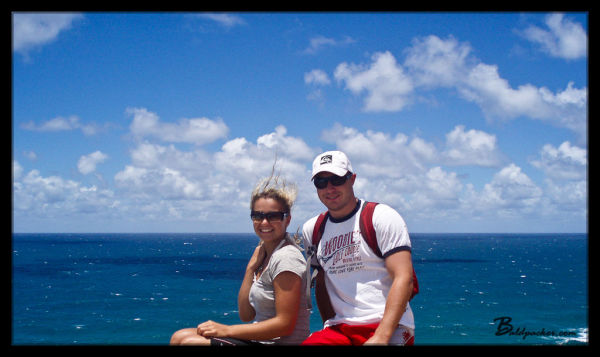 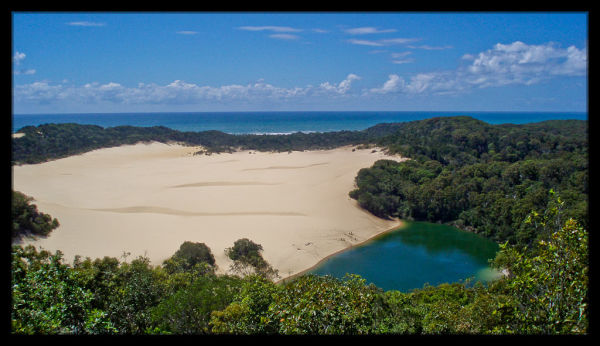 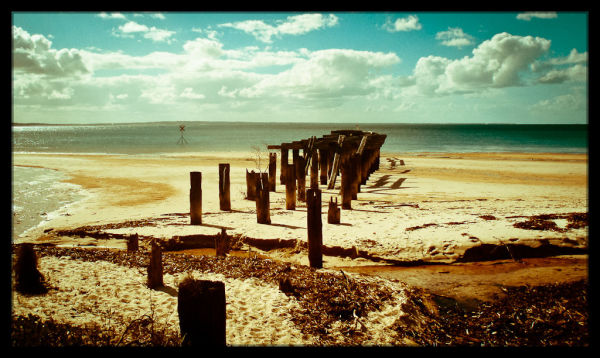 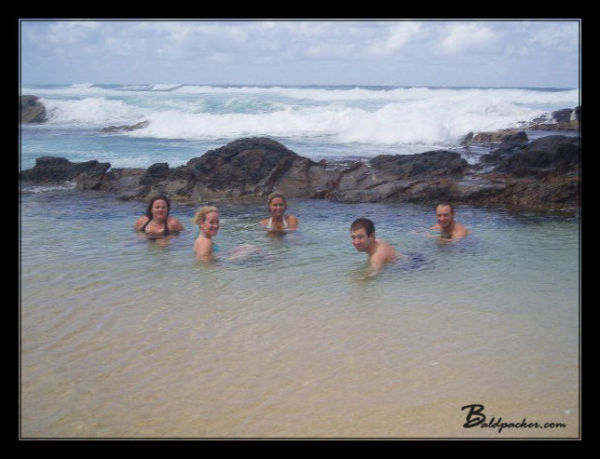 The highlight for me was doing a flight over Fraser Island in a single prop plane that took off and landed on the beach. We had an extra seat on our flight so we were also able to invite a local Aboriginal guy, who had never flown before, to join us on our flight. It was a lot of fun watching him experience his first ever airborne experience in such a small, turbulence prone, plane. The views from the air were incredible and Fraser Island definitely possesses some beautiful lakes, many of which have never been explored on the ground by people due to the difficulty in accessing them through the rain forest. 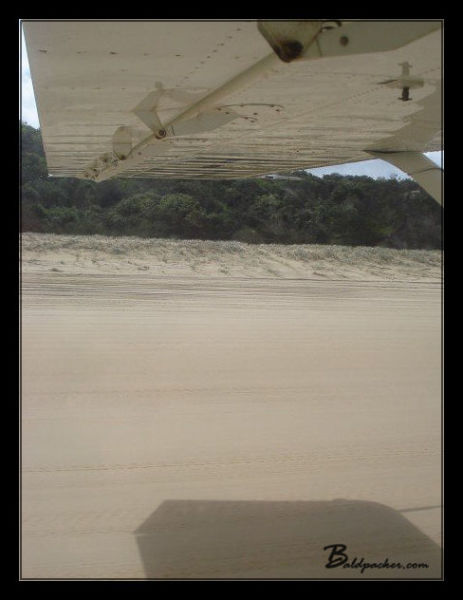 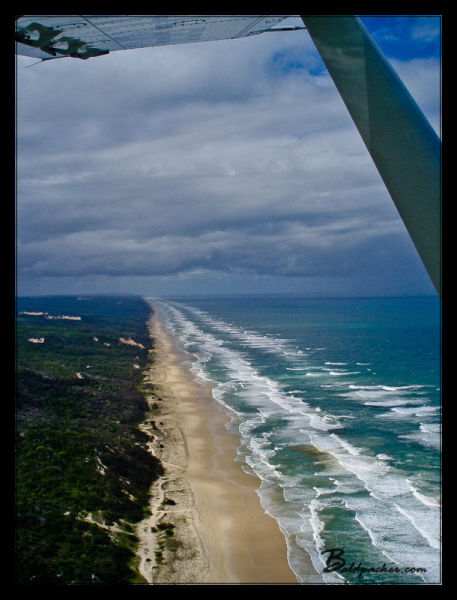 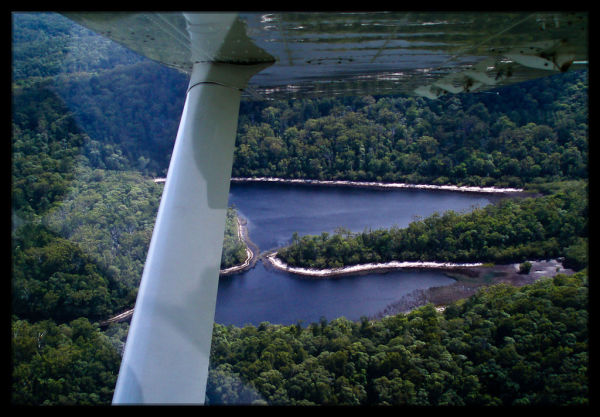 The Wilderness Lodge accommodation was great and our group had a ton of fun at the Dingo Bar across the street in the evening. 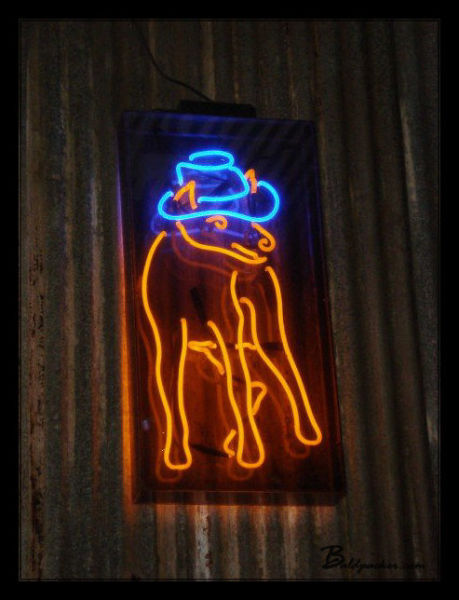 Overall, I would highly recommend a Cool Dingo Tour as well as visiting Fraser Island. Even though my visit was back in 2007, I still remember it as a highlight from my time spent in Australia!