An Amazing Surf Camp Adventure with Surfaris in Australia

When I think of Australia, the first things that come to mind are beaches, deadly reptiles, and surfing. Therefore, my goal on my trip to Australia was to find beaches, avoid snakes, and learn how to surf. I found a surf camp called Surfaris (http://www.surfaris.com/)  which had everything I was looking for in a surf school. The camp was for 5 days, cost $550 AUD, and included gear, lessons, accommodation, and transport from Sydney to Byron Bay.

On day 1 we piled into the Surfaris bus and drove to our first break, a small beach break perfect for learning. Surfaris provided me with a massive board which was great for a beginner due to the increased stability. Our group had a diverse mix of people including  Swiss, German, and Irish girls, a couple Brits, some Swedes, a Frenchman, and a couple more Canadians. I stay in touch with many of the group and have had a great time catching up with a few of them in their home towns. 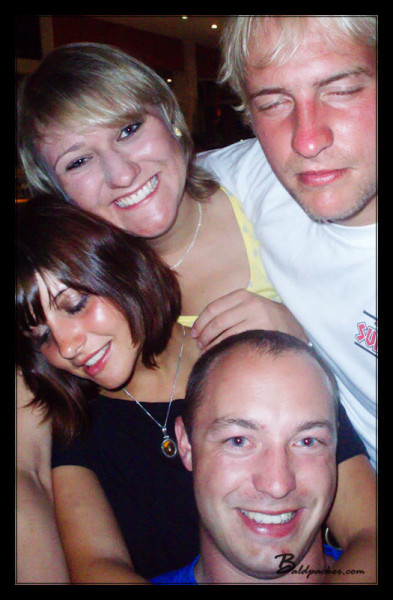 Q: What do you get when a German, a Swede, a Swiss, and a Canadian Meet at a Bar? A: This photograph.

Most of us quickly learned how to pop-up on our boards and we were surfing the small breakers in to shore in no time. Surfing provides a wonderful feeling that is similar to skiing or snowboarding but with less certainty and control given the moving water surface. Because of the Surfaris Surf Camp, I am now hooked and try to surf whenever I am in a destination that allows for it.

The Surfaris camp I was on had us camping out near whatever was expected to break well each day, meaning we were always in the right place at the right time to catch solid saves. In fact, there were so many good waves to be had that I found my shoulders giving out before the waves ever did. 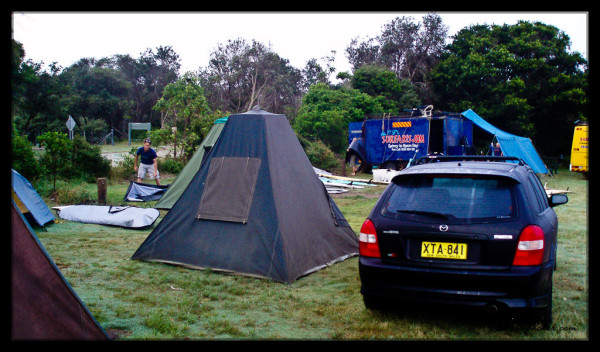 Our tour guides were fantastic. The younger guide had spent a season snowboarding in Whistler and was a chilled out surfer dude type who clearly enjoyed kicking back with the Devil’s oregano from time to time. The other fellow, Plinko, was a legend. He was a bit older, built like a linebacker (not typical for a surfer), and had possibly the best wit of anyone I’ve met. Each evening they’d put together a great meal and then entertain us with fantastic jokes and stories.

Besides the surfing, the highlight of the trip for me was Halloween. We had fantastic weather every day except for Halloween so in true Aussie fashion we headed to the pub to sleep. Given it was Halloween we first stopped off at a shopping mall and everyone had 15 minutes to put together a costume. Most of us were budget backpackers so between having limited time and limited money, we cobbled together some terribly comical outfits. This just added to the fun in the bar though as Plinko took over for the staff bartender and was free pouring shots directly in our mouths and mixing drinks stiffer than our surf boards. The best part of sleeping at a pub is that you can literally party until you’re finished and sleep where you collapse. 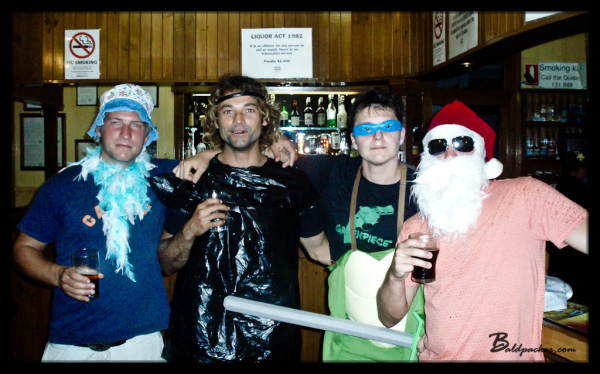 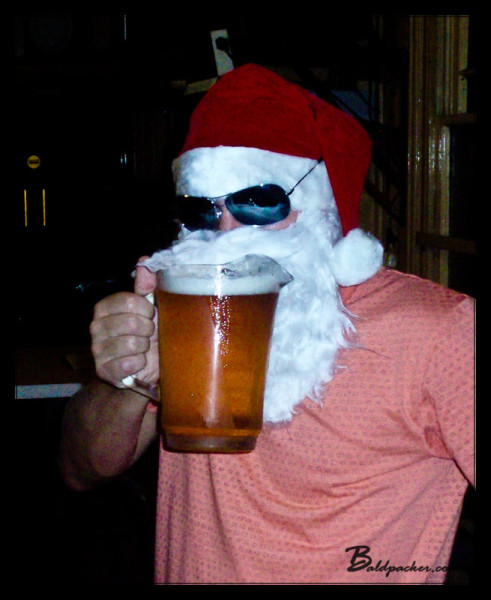 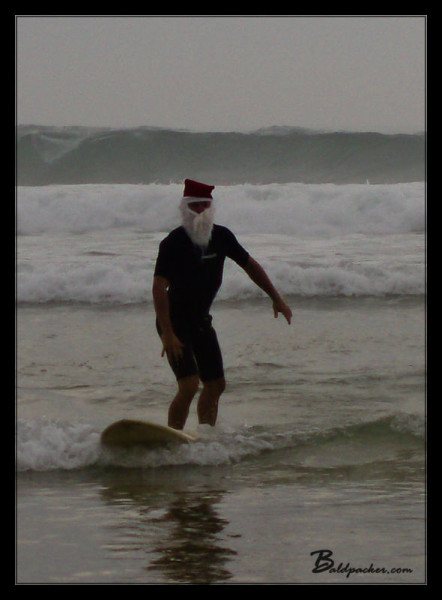 Not a Canadian Christmas

Taking advantage of my Santa costume from Halloween, the next day I managed to snap a few quick photos to send the family back home for Christmas.

It looks like the structure of the Surfaris tours has changed somewhat as they now operate a surf lodge in Crescent Head, which is approximately half-way between Sydney and Byron Bay, but I’m sure it is all still great fun and worth the additional cost. When I head back to Australia, I’ll certainly look at working another Surfaris camp into my itinerary. For more details, check out http://www.surfaris.com/ 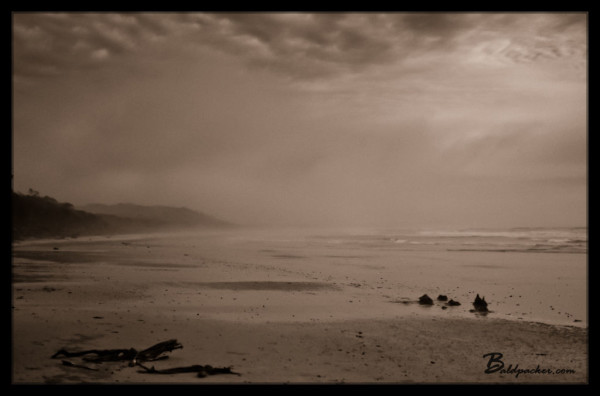 ← World’s Oldest Brewery: Weihenstephaner in Freising
Setting Goals: 50 Things to Do Before I Die →