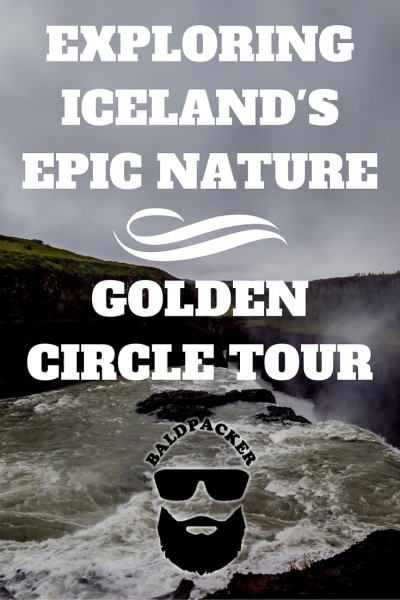 The Golden Circle is likely the most popular day tour out of Reykjavik as it showcases the most beautiful areas in the SW of Iceland.  The Golden Circle tours I saw offered all stopped at three of Iceland’s most scenic areas including Haukadalur’s geysers and hot springs, Gulfoss Waterfall, and Þingvellir (Thingvellir) National Park.

I booked my Golden Circle Tour through Kex Hostel’s travel desk but there are dozens of options online. My tour was offered in a standard bus but, after seeing this 4×4 van, I would love to go on an off-road tour the next time I’m in Iceland. 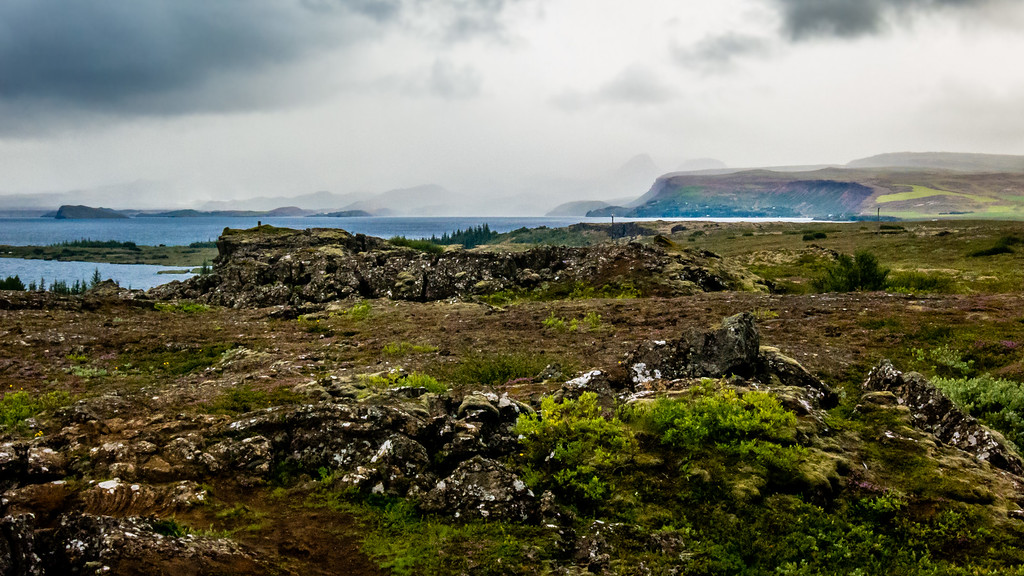 Haukadalur is an amazing geothermal area with lots of hot springs, mud pots, and fumaroles. Fumaroles are openings in the earth’s crust, often near volcanoes, which emits steam and gases such as carbon dioxide, sulfur dioxide, hydrogen chloride, and hydrogen sulfide. Don’t breathe the gases!

Enjoying the Hot Springs and Fumaroles 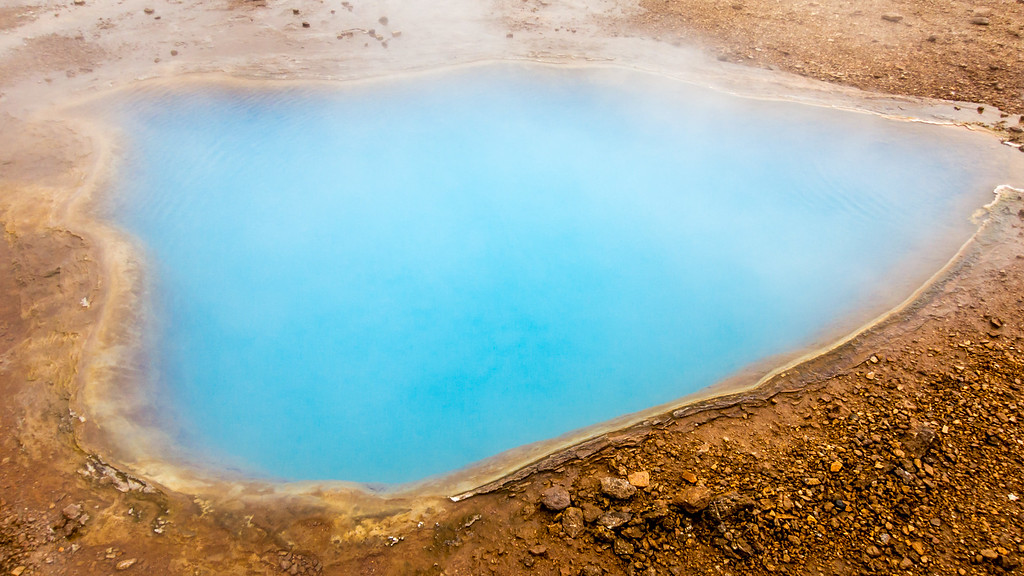 The highlight of the area are the geysers “Strokkur” and “Geysir”. Strokkur erupts up to 30 meters every 5-10 minutes so it is great to watch it go off over and over again. Unfortunately, Geysir is much less predictable and it is unlikely to see it erupt these days. 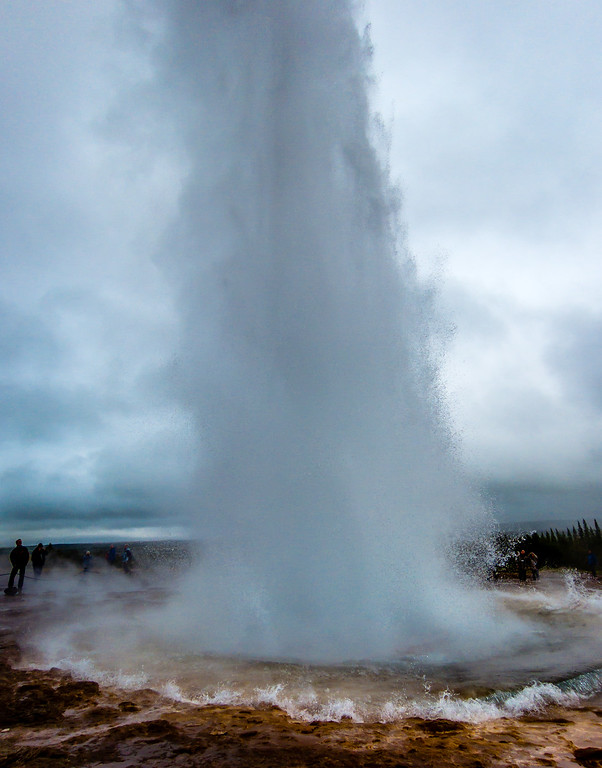 With all of the tourists visiting Haukadalur it should come as no surprise that there is a tourist gift shop across the street from the geothermal area. Icelanders actually design and produce some excellent outdoor gear. It is expensive, but I enjoyed window shopping. I also loved these souvenir condoms – Icelanders definitely have a good sense of humour!

Iceland: A Land of Explosions

Gulfoss is a stunning tiered waterfall that has a total height of 32 meters. The walk to Gulfoss is great, although expect to get wet from all of the mist coming off the waterfall. 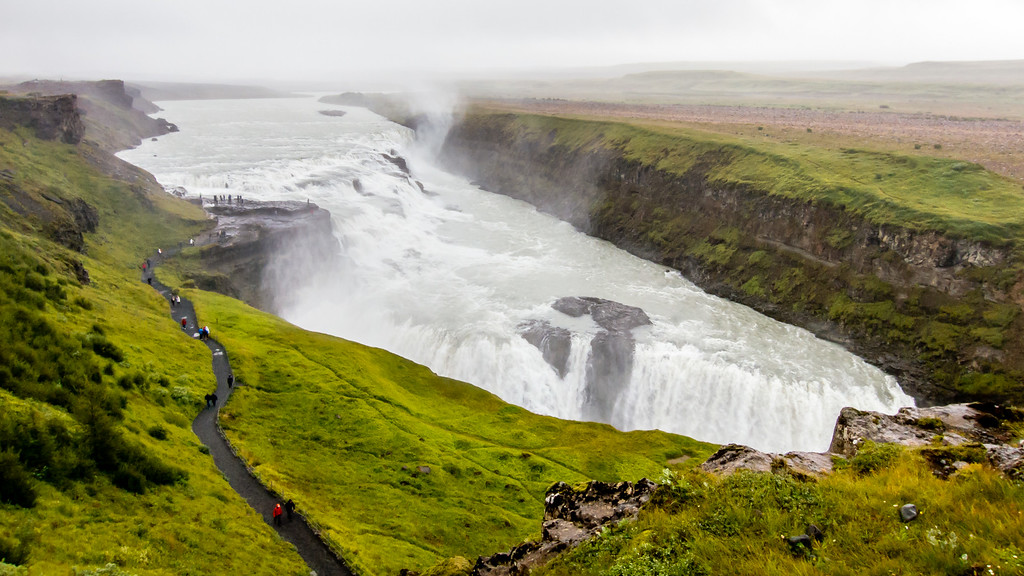 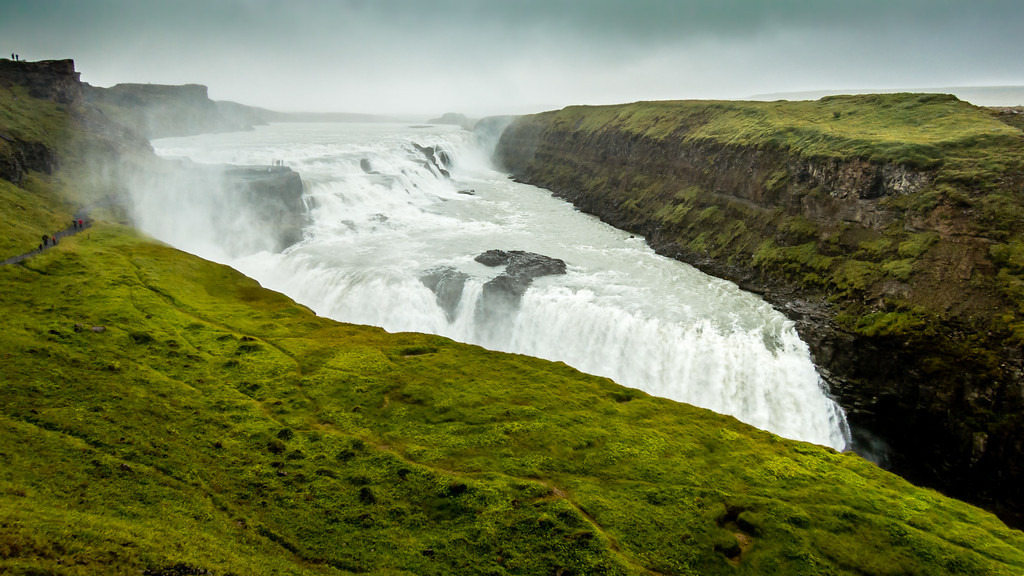 The Golden Circle is a great way to see several of Southwest Iceland’s most popular tourist sites in a day. Regardless of whether you rent a car and drive yourself or go on a tour as I did, I would highly recommend the Golden Circle if you have two or more days in Reykjavik.