After challenging Zambia’s Zambezi River by Canoe, my Drifters ‘Southern Circle’ overland tour drove through Lusaka, along the “Great East Road”, until we reached our camp in the South Luangwa National Park where we had a game drive safari planned.

South Luangwa National Park was founded as a game reserve in 1938 and then became a national park in 1972. It now covers 9,050 km2. The National Park is in the valley of the Luangwa River, which is main source of water in the area during dry season.

The park is a world-renowned wildlife haven filled with 60 species of mammals including giraffes, elephants, buffalo, hippos, zebras, leopards, lions, and crocodiles. South Luangwa is a dry woodland, dominated by the mopane tree and large baobabs and it also hosts 420 species of birds. 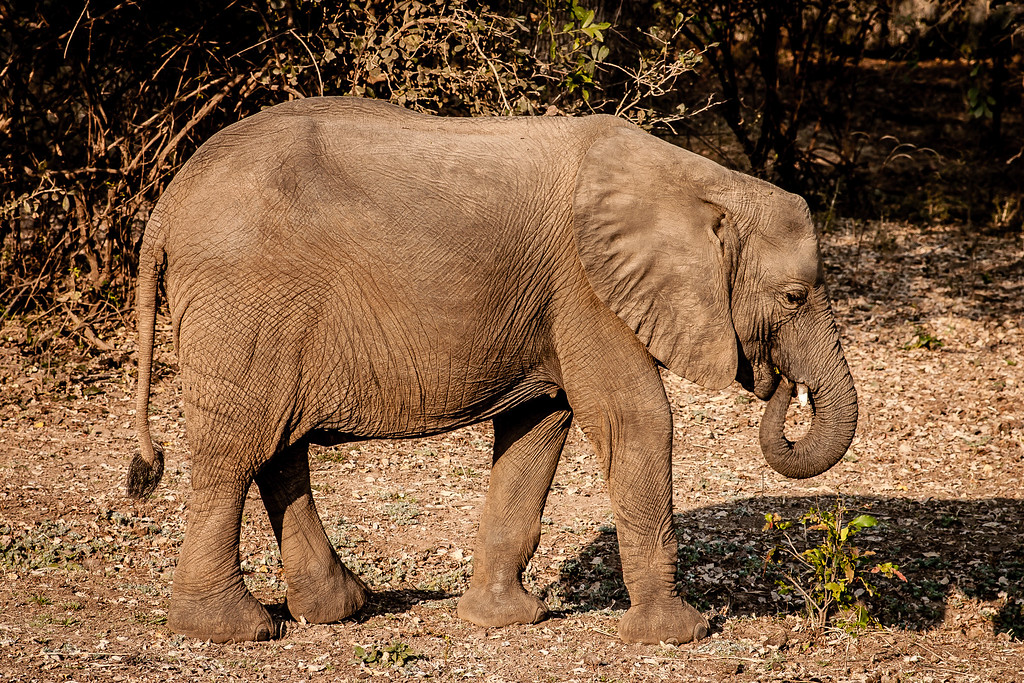 As part of my overland tour, we conducted a game drive safari in 4×4 trucks through South Luangwa park. The park is also a great place for walking safaris. If I did a walking safari I would definitely find a guide who could point out the little stuff (insects and birds) while making sure I didn’t get eaten by the big stuff (leopards and lions).

During my August visit the weather was pleasantly cool and dry. In the dry season (May to October), a lot of the water sources dry up so the river and watering holes serve as the best places to look for wildlife. The water sources are also great places for predators like lions and leopards to stalk prey. Although I did not see any cats, the number of buffalo along the river was incredible!

Below are my favourite photos from our game drive safari: 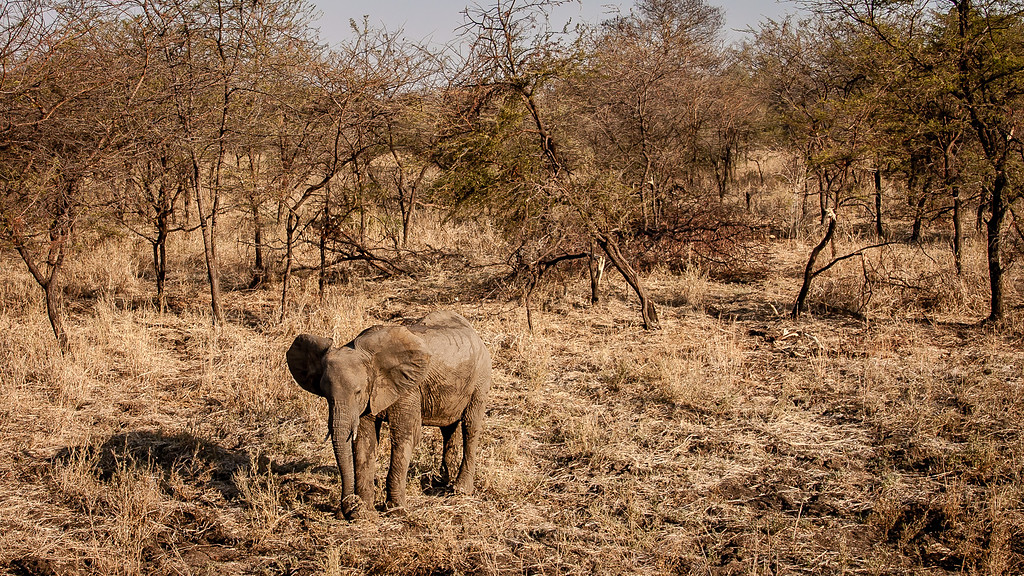 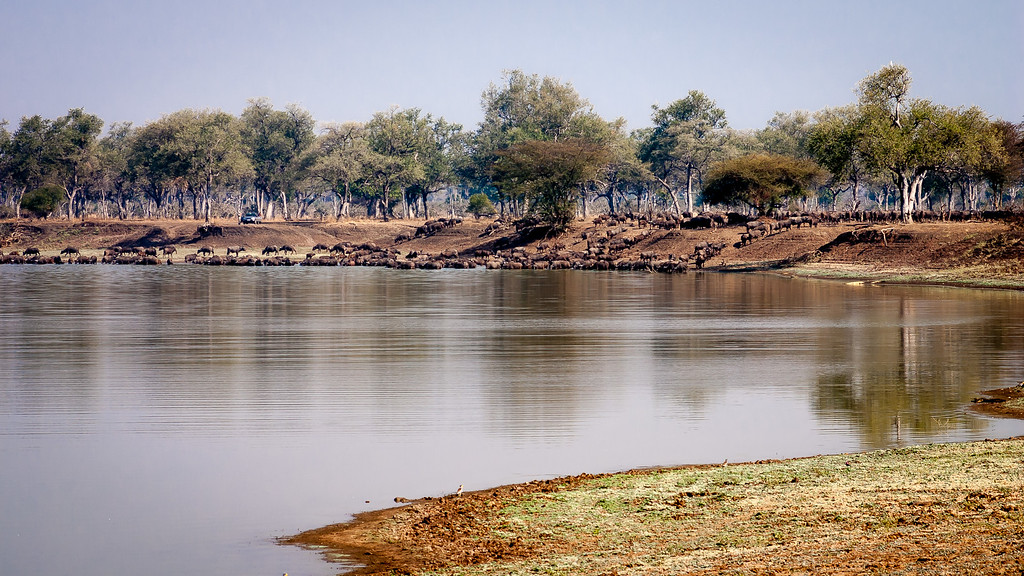 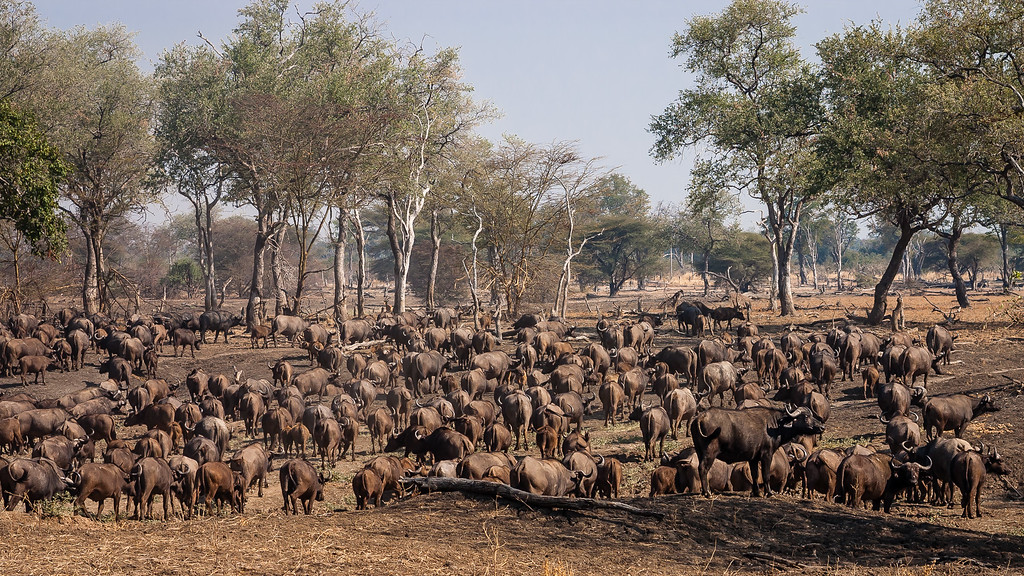 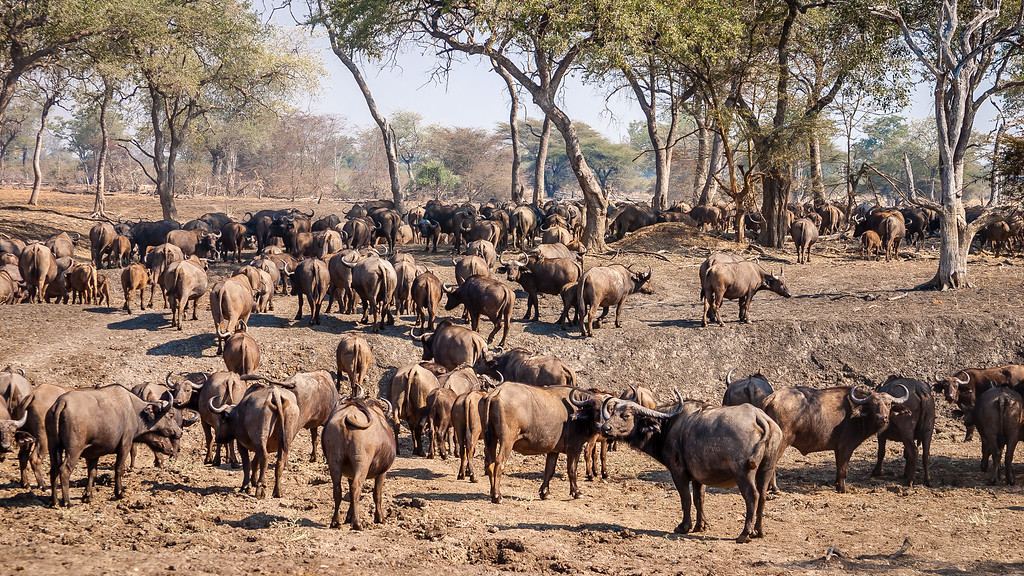 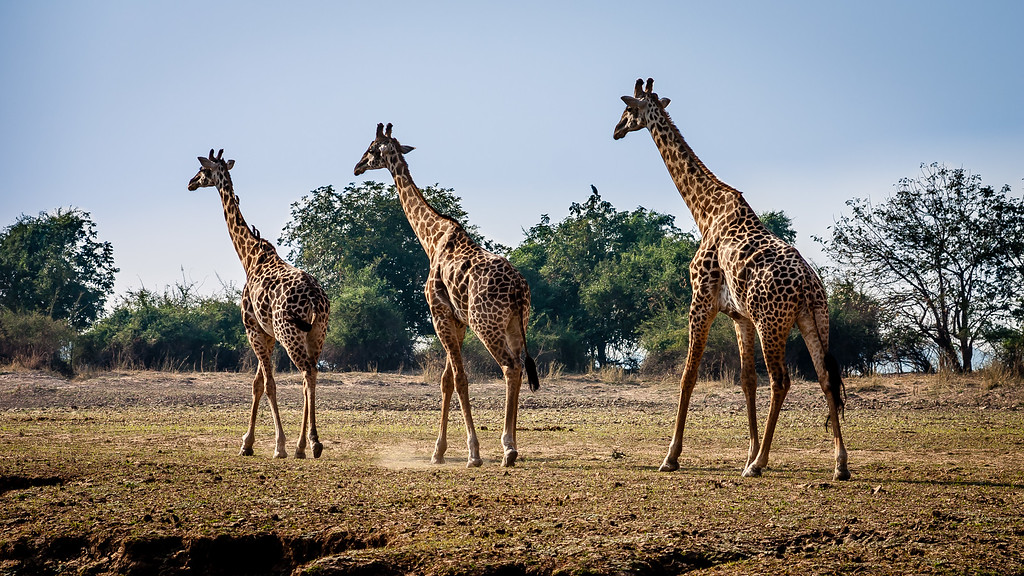 Hippos in the Yard!