Continuing on my Drifters Southern Circle Overland Safari adventure, we drove from Luangwa National Park in Zambia to Lilongwe, the capital of Malawi, for supplies. We stopped at the large Shoprite, which is a well-stocked South African supermarket to load up on food, beverages, and snacks for the truck ride. I also went to Nando’s Chicken, a chicken fast food restaurant for a tasty chicken lunch.

From Lilongwe, we drove on to Lake Malawi and set up camp at the Wheelhouse Marina. The Wheelhouse is at Kambiri Point, Senga Bay, and it features a fantastic bar built on stilts over the lake that feels like it’s on the verge of collapse. I felt like I’d had too much to drink just walking into the bar as the floorboards were angled and crooked with large gaps allowing you to view the lake below. Lake Malawi was once an excellent place for swimming and snorkeling, but unfortunately it now hosts schistosmiasis (bilharzia) which is a fresh water parasite that can penetrate your skin. If contaminated, worms will grow inside your blood vessels and produce dangerous health consequences if left untreated. Knowing the dangers of pursuing lake lake activities, the Wheelhouse Bar became my favourite aspect of Lake Malawi. 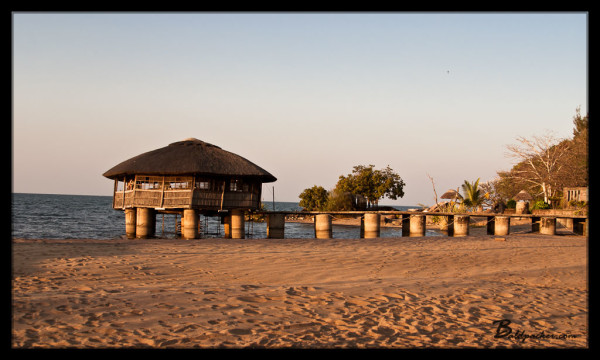 The Wheelhouse Bar on Lake Malawi

We then drove to Mount Mulanje, which, at 3002 meters, is the highest mountain south of Kilimanjaro. Mount Mulanje National Park and its surrounding area is one of the most beautiful places I have seen. The mountain itself has a gorgeous rounded granite peak and the whole area is surrounded with beautiful tea plantations. We were met by two guides who took us on a long hike through the tea plantations, local villages in the area, ending at the Mulanje Golf Club. It was a lot of fun walking through the villages as apparently we were only the second group of tourists to visit, and the kids and even adults found us very amusing and different. The kids absolutely loved having their pictures taken and being able to see them on camera and they were racing to climb over each other to be at the front of the picture. It really struck home for me when one of our hiking guides mentioned that many of the kids had only seen their reflections in puddles before, given the lack of windows and mirrors in their homes, and that what they were really interested in seeing was how they looked. Amazing! 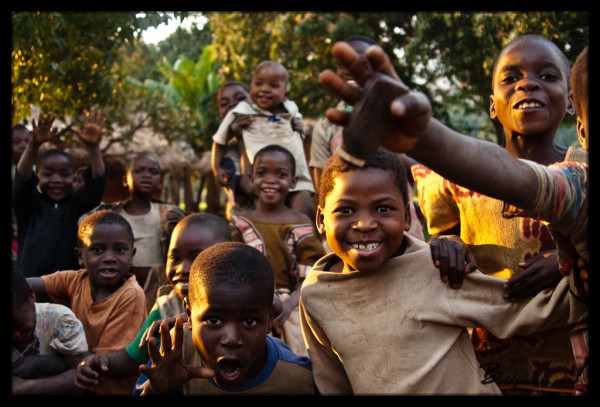 Kids Racing to be in the Photo 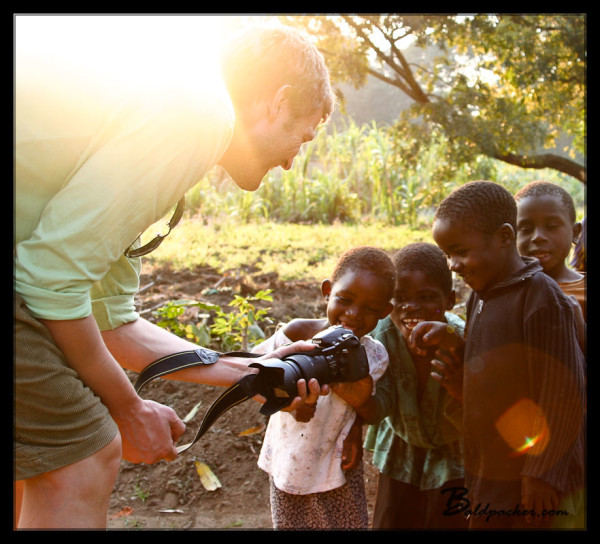 Happy to See Themselves!

Another thing I loved about Malawi was the number of people who rode bicycles to get around. The highway, despite being nicely paved, had very few cars and trucks using them and as we walked down the pavement towards the golf club we were passed by numerous people on bikes. The Golf Club itself is in a wonderful old building and the highlight for me was a large room hosting a snooker table that dates back to World War II. Apparently, the table was donated in 1945 as thanks to Malawi for their help in the war. Playing on the table was a great experience and it had me thinking back to all of the great men who must have played snooker on it over the years. It was a full-sized snooker table and I have no idea how they’d transport such a thing in 1945, but while holding a 60+ year old cue I couldn’t help but be impressed by how great of condition it was all still in. 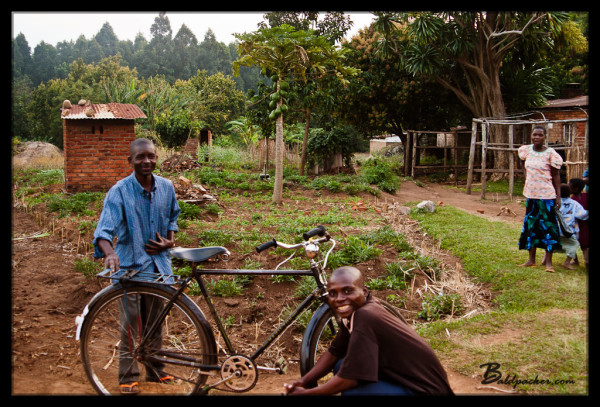 Bicycle, Bicycle, I want to Ride my Bicycle… 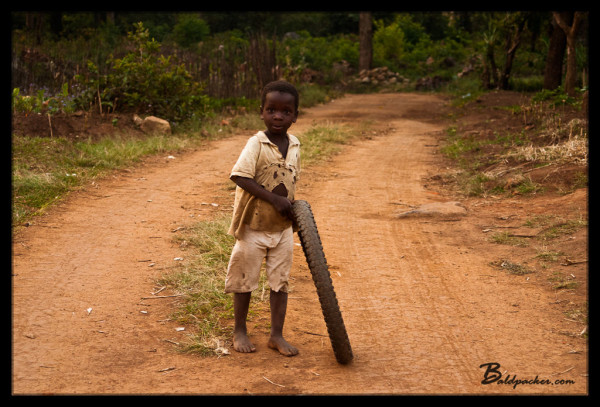 Malawi is a remarkable country with incredibly welcoming and genial residents. I would highly recommend a visit and look forward to returning myself one day.

← Cruising the Eastern Caribbean over Christmas
My 20s by the Numbers →